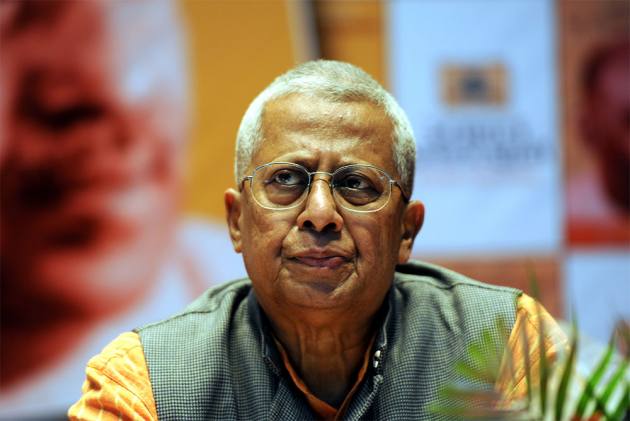 Veteran BJP leader and Former Meghalaya and Tripura governor Tathagata Roy's tweet has triggered political speculations in the state. In his twitter handle Roy wrote - adieu West Bengal BJP -- that sparked rumours whether the controversial BJP leader is on his way to make out of the party.

The last sentence of the tweet was enough to trigger speculations about his breaking ties with the party. After the assembly poll debacle of the BJP, Roy had strongly criticised then state BJP President Dilip Ghosh and central leadership like Kailash Vijayvargiya, Shib Prakash and Arvind Menon who had been entrusted with the responsibility of Bengal elections. The veteran leader went on to say that the top BJP leadership in the state was more interested in wealth and women than the performance of the party.

What is more interesting is that Roy despite attack from Ghosh and other leaders boldly defended his stand. He in a tweet wrote recently, "I am getting several calls. I have consoled everybody that I am not leaving the party on my own wish. I am a common member of the party and I shall play the role of Vivek (conscience) in the party. If I would have decided to leave the party then I would have leaked many secret things but it is not happening now".

Roy went on to say - "Joy Banerjee has left BJP. This continuous bleeding does not augur well for the party in West Bengal. Dilip Ghosh advises me to leave BJP if I am ashamed of the party. I don't take him seriously. I am now merely a simple member. But I will stay on and try to put the party right. Until..."

Roy was referring to actor turned politician Joy Banerjee's decision to leave the party. In a letter to Prime Minister Narendra Modi, Banerjee on Saturday had alleged that he had been removed from the BJP's national working committee and his central security has also been lifted.

Though Roy didn't want to further go into the details of the tweet and said that I have said what I had to say. I won't tell anything more but Trinamool congress was quick to react on this. State spokesperson Kunal Ghosh said, "This is an irreparable loss in the world of Bengali political entertainment. People will remember his contribution and his skill to make the people laugh".

Roy immediately rebutted saying - "He has been in jail for long for his involvement in Sarada ponzy scam and demanding the resignation of the chief minister. I had some confusion regarding your whereabouts and his condition. It gives me pleasure to know that you are out on bail".