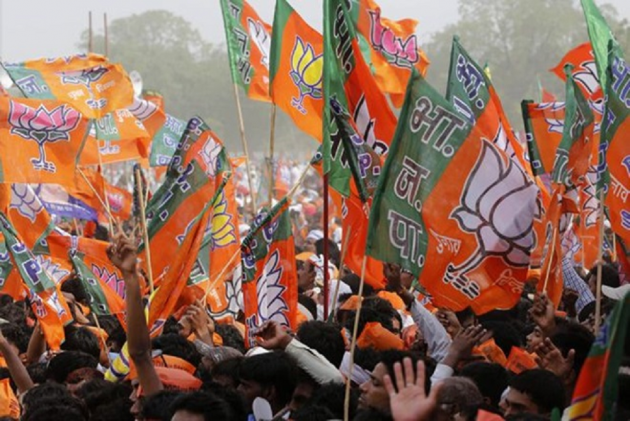 BJP MLA Shivaji Kardile was arrested on Sunday for allegedly vandalising the office of the superintendent of police (SP) in Maharashtra's Ahmednagar district, a senior official said.

An NCP MLC, Arun Jagtap, who was also allegedly involved in the incident, was on the run and a search was on for him, Ahmednagar Superintendent of Police Ranjankumar Sharma told PTI.

The incident took place on Saturday when NCP MLA from Ahmednagar city, Sangram Jagtap, was detained at the SP's office in connection with the killing of two local Shiv Sena leaders.

According to police, all the three legislators are relatives.

The Shiv Sena leaders - Sanjay Kotkar (35) and Vasant Thube (40) - were shot dead on Saturday in Shahunagar area of Kedgaon in Ahmednagar, hours after the result of a civic bypoll in the area was announced, the police said. The bypoll was won by the Congress.

After their killing, the police had detained Sangram Jagtap for an enquiry at the SP's office in Ahmednagar, located about 250 kms from here.

As the enquiry was going on, a group of Sangram Jagtap's supporters, including Kardile and Arun Jagtap, came to the SP's office and ransacked it, Sharma said.

They held Sangram Jagtap on their shoulders and shouting slogans in his support, another police official said.

The Ahmednagar Police yesterday placed under arrest four people, including Sangram Jagtap and a suspected shooter, in connection with the killing of the Shiv Sena leaders.

Besides, the Bhingar Camp police had earlier arrested at least 22 people for ransacking the SP's office, a local police official said.

Kardile, the legislator from Rahuri in Ahmednagar, is the 23rd person to be arrested in the case, he said, adding that the accused have been booked under relevant IPC provisions, including rioting.

The police has so far booked at least 53 people for ransacking the SP's office and attacking policemen on duty, he said.

Sangram Kotkar, the son of mudered Sena leader Sanjay Kotkar, alleged that all the three legislators had threatened his father with dire consequences for helping the Shiv Sena candidate in the recently concluded Nagar Municipal Corporation by-elections, another official said.

"It is believed that the legislators were against any political party fielding a candidate (in the bypolls) against their relative Vishal Kotkar, who is a member of the Congress," a police official earlier said.