The Delhi BJP today alleged a scam in the public distribution system in the national capital, and dared the AAP government to go for an independent probe into it. 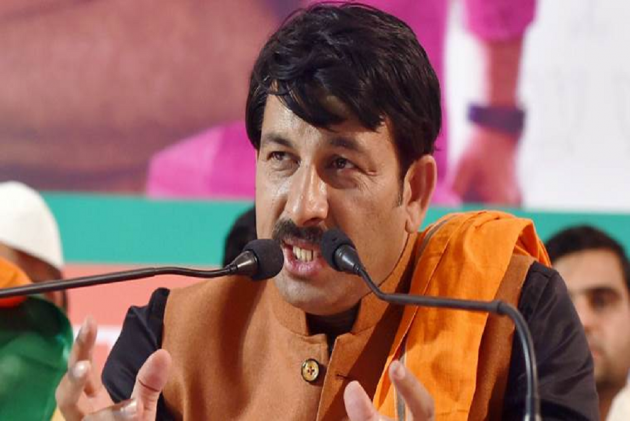 "Like 'chara ghotala' (fodder scam) in Bihar, Delhi is witnessing a ration scam as the CAG report points out. Motorcycles and scooters were used for transporting ration which was diverted to ration mafia instead of the poor people," BJP President Manoj Tiwari told at a press conference.

The Delhi BJP today alleged a scam in the public distribution system in the national capital, and dared the AAP government to go for an independent probe into it.

Citing the findings of a CAG report that was tabled in the Delhi Assembly yesterday, Delhi BJP president Manoj Tiwari charged that food grains meant for the poor were being "diverted to ration mafia".

It has been reported that the Kejriwal government is planning for a CBI probe into instances of corruption flagged by the CAG report, and the BJP too wanted that matter should be probed by an independent agency, he stated.

BJP MPs Meenakshi Lekhi, Pravesh Verma and Ramesh Bidhuri too attacked the AAP government, saying it was trying to save itself by attacking the Lieutenant Governor (L-G) over the proposed doorstep delivery system.

Sharing an extract from the CAG report highlighting various loopholes in the public distribution system, Chief Minister Arvind Kejriwal had tweeted, "This is what LG trying to protect when he rejects doorstep delivery of rations. The entire ration system is in the grip of mafia protected by political masters. Doorstep delivery would have destroyed this mafia."

The BJP MPs alleged that if the doorstep delivery was implemented, it would promote more irregularities in distribution of ration.

"The government planned a new conspiracy of doorstep ration supply because in this process there will be no check on the quantity of supply and the beneficiaries," Lekhi said.

The CAG audit report for 2016-17 flagged many "lapses" by the food and supplies department of the Delhi government, highlighting that eight vehicles which ferried 1,589.92 quintals of specified food articles to fair price shops had registration number of buses, scooters, motorcycles and three-wheelers.

"This gives rise to doubt whether the reported transportation of SFAs (specified food articles) had actually taken place and possibility of pilferage could not be ruled out," the report stated.

The Delhi BJP will stage a protest demonstration at the Delhi Assembly tomorrow over the issue, Tiwari said.