BJP state unit president Samir Mohanty alleged that taxpayers’ money is being wasted in hosting such big events of the CM and on his chopper rides ahead of the panchayat elections due next year. 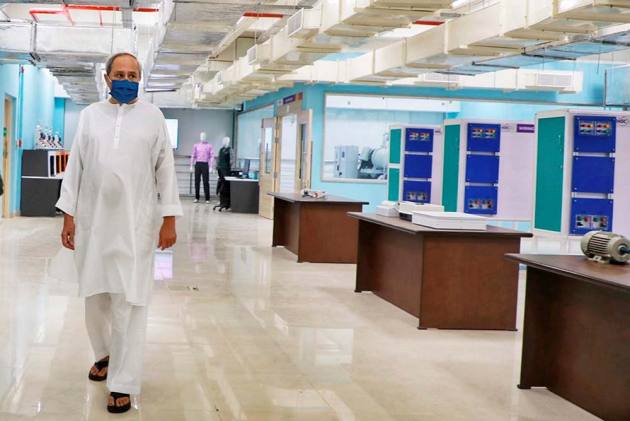 While opposition BJP wondered whether Chief Minister Naveen Patnaik's visits to districts are linked to the coming panchayat polls in the state, on Monday, the minister launched the smart card distribution of the state government health scheme, Biju Swasthya Kalyan Yojana (BSKY) in the Kandhmal district.

Starting his district visits in Malkangiri in September, Patnaik has so far covered 16 districts for distribution of smart health cards among people. The chief minister had announced launching of the smart health card in his Independence Day speech.

BJP state unit president Samir Mohanty alleged that taxpayers’ money is being wasted in hosting such big events of the CM and on his chopper rides ahead of the panchayat elections due next year. “Though the chief minister remains present at the dais in all such card distribution functions, he does not speak a word and only his video message is played on a screen. He does not even meet local people and local journalists,” Mohanty told reporters.

Mohanty also accused the ruling BJD of misusing District Mineral Foundation (DMF) funds. "The revenue collection was Rs 13.728 crore till 2020-21. The funds are being spent without floating tender and for political campaigning before the panchayat and urban polls,” he alleged.

Referring to Patnaik’s letter to the Prime Minister on Sunday seeking additional allocation of rice under Pradhan Mantri Garib Kalyan Anna Yojana, Mohanty asked the chief minister to use the DMF funds to help the beneficiaries.

Ahead of Patnaik’s visit to Phulbani, the district headquarters of Kandhamal district, the police picked up some opposition BJP leaders as a preventive measure. In the video message which was played at the meeting, Patnaik said the state government is committed to the all round development of Odisha as he considered all its residents as his family members. He also digitally inaugurated as many as 192 projects for Kandhamal to be implemented at a financial outlay of Rs 840 crore.

Meanwhile, there was resentment among local reporters as they were not allowed to enter the meeting hall. They were lodged in a tent house erected for them about 100 ft distance from the dais. President of Kandhamal District Press Club Sunil Patnaik alleged that the administration allowed about 30 press reporters who were brought from the state capital.