"This is a wrong decision by the BJP-RSS. They are doing this only for political gain. He is addressed as Babasaheb in Karnataka and Maharashtra and as Baba Bhimrao in the north." 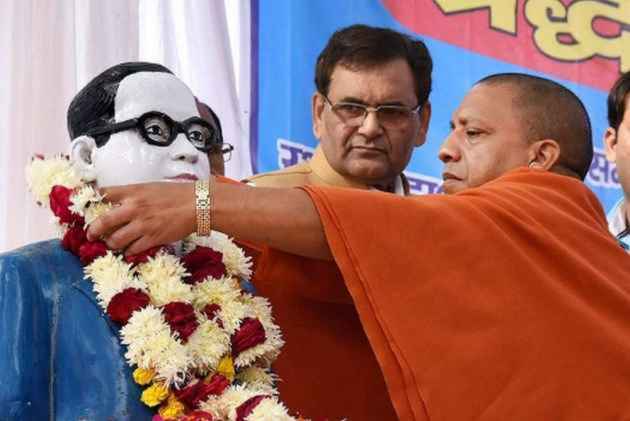 Prakash Ambedkar, the grandson of Dr B R Ambedkar, on Friday said the Bharatiya Janata Party (BJP) and the Rashtriya Swayamsewak Sangh (RSS) ordered all its state departments and High Court benches in Lucknow and Allahabad to add Ramji to the name of Dalit icon for political gain.

"This is a wrong decision by the BJP-RSS. They are doing this only for political gain. He is addressed as Babasaheb in Karnataka and Maharashtra and as Baba Bhimrao in the north," he told ANI.

On March 29, the Uttar Pradesh government ordered that all documents and records should refer to the icon as Bhimrao Ramji Ambedkar, whose name is often caught in the tug-of-war between various political parties coveting support of Dalits in the country.

The name change was apparently suggested by another "Ram" - Uttar Pradesh Governor Ram Naik, who had been campaigning for the "right way" to write Ambedkar's name since December 2017. He had even written to Prime Minister Narendra Modi over it. (ANI)