Prime Minister Narendra Modi has vowed that the NDA government will work with full dedication for a balanced development of every person and every region of the state. 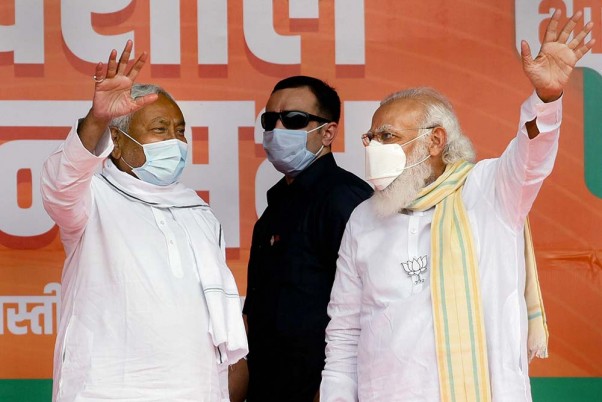 In a closely fought battle, the NDA has emerged victorious in the Bihar Assembly elections. The NDA won 125 seats, while the Grand Alliance won 110 seats.

The RJD bagged 75 seats. The Congress managed to win just 19 seats of the 70 it had

Surprisingly, left parties fared very well, with the Communist Party of India (Marxist-Leninist) (Liberation) winning  16 out of the 29 seats the CPI(ML), the CPI and the CPI(M) had contested.

The performance of CPI(ML), the most radical among the mainstream Left groups, stood out as it won 12 of the 19 seats it contested. The CPI and the CPI(M) won two seats each.

Prime Minister Narendra Modi said in a series of tweets, “The youth of Bihar have made it clear that new decade will be of Bihar and for self-reliant Bihar. People's blessings to NDA's good governance even after 15 years of rule show what are Bihar's dreams and expectations. Bihar taught the world the first lesson of democracy and today again it has told the world how democracy is strengthened. I assure every citizen of Bihar that NDA govt will work with full dedication for balanced development of every person, every region.”

Union Home Minister Amit Shah also thanked the people of Bihar. In a series of tweets in Hindi, Shah said, "Bihar has once again chosen the development politics of NDA and has rejected casteism and appeasement politics. I thank all the brothers and sisters of the state from the core of my heart for re-choosing development, progress and good governance.”