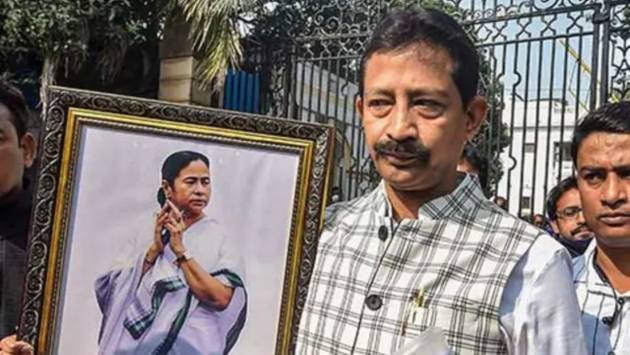 West Bengal's BJP leader Rajib Banerjee on Sunday made his come back to the TMC at a rally of party national general secretary Abhishek Banerjee in Agartala in Tripura.

Banerjee, who held the designation of a minister in the Mamata Banerjee-led government, expressed his repentance for abruptly joining the saffron battalion ahead of the assembly elections ignoring  Bengal CM's request to not leave the leave.

He was named BJP's national executive committee member weeks ago and unsuccessfully fought the assembly polls from Domjur in Howrah district.

"I had often aired my opinions to the BJP leadership and criticised the personal attack and slander on Mamata Banerjee but no one listened," he added.

Banerjee claimed that he left the TMC due to misunderstanding, and joined the BJP being swayed by its blitzkrieg ahead of the polls.

"All these promises were lies and I cannot be a party to them anymore," he said.

"I am sorry and repentant now. I will work under the leadership of Mamata Banerjee and Abhishek Banerjee," he said.

Banerjee was not seen in any BJP programme after the election results were announced on May 2, and has often criticised the BJP leadership publicly.