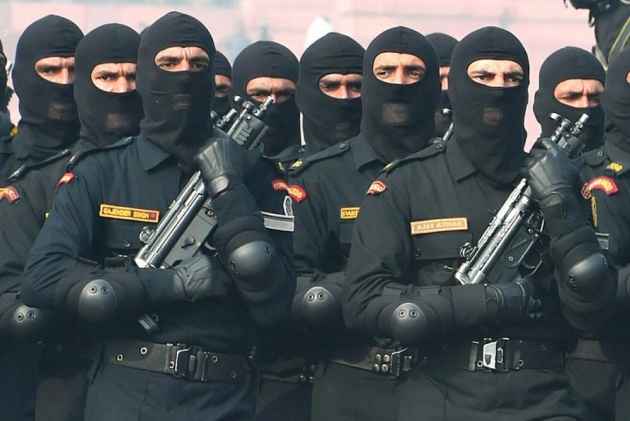 The elite National Security Guards, also known as 'Black Cats', are likely to be deployed soon in counter-militancy operations in Jammu and Kashmir, which has been under governor's rule since Wednesday, officials said.

They said a team of NSG has been stationed in the Kashmir Valley for quite sometime and is undergoing rigorous training in the outskirts of the city.

The state was yesterday placed under governor's rule for the fourth time in the last one decade after the BJP withdrew support to its alliance partner, the PDP, prompting Mehbooba Mufti to resign as the chief minister.

The decision for their deployment in counter-terror operations was taken by the Home Ministry recently and they will be put to use soon after their acclimatisation programme is over, the officials said.

The teams will be kept at the disposal of the Jammu and Kashmir Police, which is the nodal agency for all anti-militancy operations, they added.

While the Union Home Ministry is upbeat about deploying the NSG in the valley, counter-terror experts feel that the black cats would be helpful in a situation where room-to-room intervention is required.

Such situations rarely come during a counter-militancy operation as it is virtually a do-or-die battle for the forces, mainly led by the state police and ably assisted by the Army and paramilitary forces, the experts said.

The move to deploy NSG commandos in Kashmir comes in the wake of increasing incidents of encounters where security forces have lost many soldiers during high-risk house intervention operations in densely populated localities.

The NSG commandos, when allowed, will get opportunities to test their skills and it will be a force-multiplier for anti-militancy forces deployed in Jammu and Kashmir, they said.

The commandos use sophisticated Heckler and Koch MP5 sub-machine guns, snipper rifles, through-the-wall radar and C-4 explosives to eliminate holed up terrorists without causing much damage to the structure.

The NSG was raised in 1984 in the aftermath of Operation Blue Star, which was carried out to flush out terrorists hiding in the Golden Temple in Punjab's Amritsar city.

The Black Cat commandos were deployed to tackle terrorists who carried out the 26/11 Mumbai terror attack, the January 2016 attack at the Pathankot air base as well as the terrorists who attacked the Akshardham temple in Gujarat.

There are around 7,500 personnel currently working with the NSG.