The minister was replying to Opposition's accusations that government is going slow on graft and black money recovery. 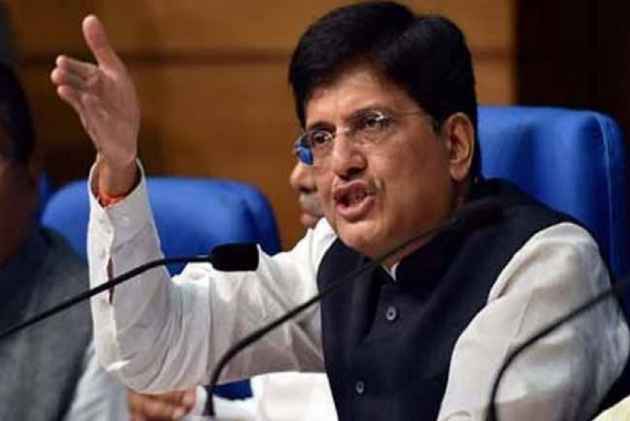 Union Finance Minister Piyush Goyal on Tuesday told Rajya Sabha that ever since Narendra Modi government came to power in 2014, the black money deposited in Swiss National Bank has reduced by 80 per cent.

"Black money in Swiss Banks has gone down by 80 per cent between 2014 and 2017," Goyal said while adding that the figures published by Swiss National Bank are regularly mentioned in the Indian media without taking into account the way the figures are interpreted. "This results in misleading headlines," the minister said while replying to the Opposition's accusations that government is going slow on graft and black money recovery.

While clarifying on certain media reports that quoted Swiss National Bank's (SNB) annual banking statistics that showed an increase of 50 % in Swiss Bank's total liabilities towards India from 2016 to 2017, Goyal said that the data is usually misinterpreted as it includes non deposit liabilities, business of Swiss branches located in India, inter bank transactions and fiduciary liability.

He added that in his letter to the Indian government, the Swiss Ambassador Andreas Baum mentioned that in India it is frequently assumed that any assets held by Indian residents in Switzerland are undeclared (black money). The letter also said that the right data to identify Indian residents' deposits in Switzerland is through the records published by the Bank of International Settlement (BIS) which collects Locational Banking Statistics (LBS) in collaboration with SNB.

"LBS measures international banking activity from a residence perspective, focusing on the location of banking office and captures 95% of all cross-border banking activity," the minister said.

He added that data from BIS shows non-Bank loans and deposits (which really constitute the individual and corporate deposits used as Black money haven in the past and exclude inter-bank transactions) have fallen by 34.5% in 2017 compared to 2016 ($524 mn in 2017 vs $800 mn in 2016).

"Swiss Non-Bank loans and deposits have reduced by a significant 80.2% under NDA government between 2013-2017. This broadly corresponds SNB reports which show an 82% reduction in total Indian customer deposits in Switzerland since 2013, though BIS data is the right way to measure actual deposits from India in Switzerland," he added.

The Indian government had on December 21, 2017 signed an agreement with Switzerland to curb the menace of black money. The minister said that both countries started collecting data in accordance with global standards from January 1, 2018 and would start the exchange of data from September 2019 on a yearly basis. "This makes relevant information available in India which eliminates the threat of black money and action can be taken against any entity indulging in such activities, " Goyal said.(ANI)