The device was discovered early on Wednesday morning at the Clinton's home in Chappaqua, New York. 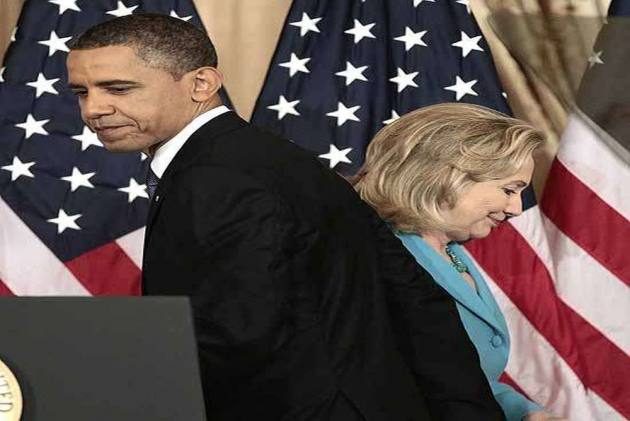 Neither Obama nor Clinton received the packages or were at risk of receiving them, the agency said, adding that they were discovered during "routine mail screening procedures."

The package intended for Obama was intercepted in Washington on Wednesday morning while the one for Clinton was addressed to her in Westchester County, New York, on Tuesday, CNN reported.

Meanehile, at an off-site facility a suspicious package addressed to the White House was intercepted the Reuter reported.

According to the Federal Bureau of Investigation, the package intended for Clinton was found in the vicinity of her residence in Chappaqua, New York.

The package sent to the home of Hillary and former President Bill Clinton was suspected to be the work of the same person who sent a similar device to Soros, the Washington Post reported citing two law enforcement officials as saying.

US news network CNN announced on its screens on Wednesday that it had evacuated its New York bureau over a suspicious package similar to those addressed to Barack Obama and Hillary Clinton.

New York police confirmed to AFP that its officers had been called to the Time Warner Center, where the CNN bureau in the US financial capital is located, to investigate reports of a suspicious package.

CNN says its offices in New York have been evacuated because of a suspicious package: Associated Press

The White House, in a statement, condemned the attempted attacks on Obama and Clinton.