Bond Brosnan's Pan Bahar Commercial Is Up Against Advertising Guidelines

After the ASCI and the censor board set their sights on it, you probably will not see Brosnan with the tin can again 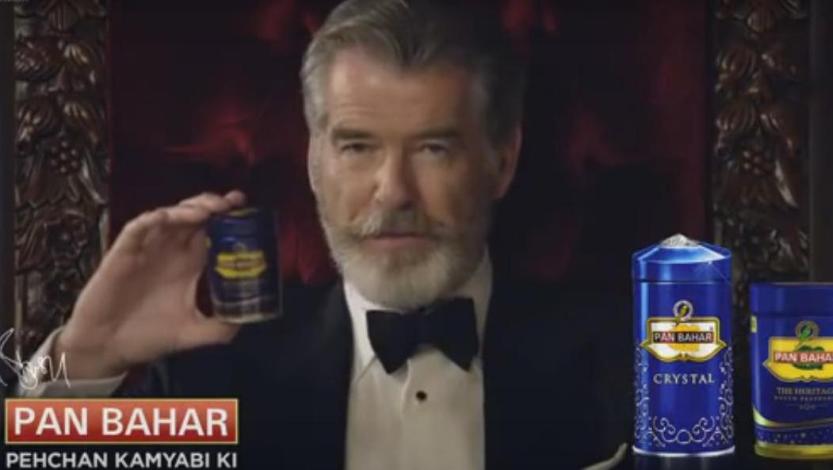 Almost two weeks after you saw former Bond Pierce Brosnan in a new avatar as a Pan Masala salesman, his jig is up. First came the reports that the commercial had been banned after censor board chief Pahlaj Nihalani found it “very difficult to believe” that a man of Brosnan’s stature could subject himself to this.

Next, guess who’s also watching Bond from above. The Advertising Standards Council of India (ASCI) has flagged the advertisement and officially said that the matter was under “consideration”. However, a report in the Telegraph has a senior ASCI executive saying that the ad “clearly defies our guidelines.” The advertising watchdog has been on the tail of pan masala ads which feature ‘celebrities’ for some time now.

Earlier this year, the Delhi government had written to celebrities like Shah Rukh Khan, Ajay Devgn, Saif Ali Khan, Govinda, Arbaaz Khan and Sunny Leone in a bit to make them stop endorsing the product. Following this, the ASCI had revised their guidelines and Shweta Purandare, the Secretary-General of ASCI, had said the “ASCI code does not permit the use of celebrities in advertisements of products which by law require health warning on its pack or cannot be purchased or used by minors.”

Bollwood has had a long history of celebrities endorsing ‘pan masala products’ through surrogate products.

Celebrities in the TV commercials would be seen consuming ‘mouth freshner’ versions of the products and never the real deal but the brand and the message did come across quite clearly.

Over the years Shah Rukh Khan has lent his face to ‘Pan Vilas’ for a reported Rs 4.5 crore while Akshay Kumar’s ‘Baba Elaichi’ jig et the company back by Rs 3 crore. Other notable mentions go to Priyanka Chopra for ‘Rajnigandha’, Ajay Devgn for ‘Vimal Paan Masala’ and Saif Ali Khan for ‘Paan Bahar.

Sadly for Brosnan though, his advertisement came about the time when the advertising watchdog was firmly holding its ground. With the ‘sin tax’ on tobacco products in the GST also coming around, the country does not seem to be a friendly place for tobacco and its variants.

Pan Bahar has responded with a statement though. It starts off with confirming its support to the ‘Make In India’ initiative, goes on to thank Brosnan for getting on board but then goes into an emphatic tizzy while reiterating that there is “NO Tobacco” or nicotine in the product that poor Pierce was holding up.

“We need to convey the same to media so that they are aware of the fact before publishing any negative comments,” the statement said.