How Indian Paratroopers Raced Against Time To Liberate Bangladesh

As India commemorates 50 years of the 1971 war, when India fought to liberate Bangladesh, it is pertinent to note how India raced against time, as diplomatic pressure was mounting on all sides to announce ceasefire, to effect the surrender of 25,000 Pakistani forces in Dhaka. 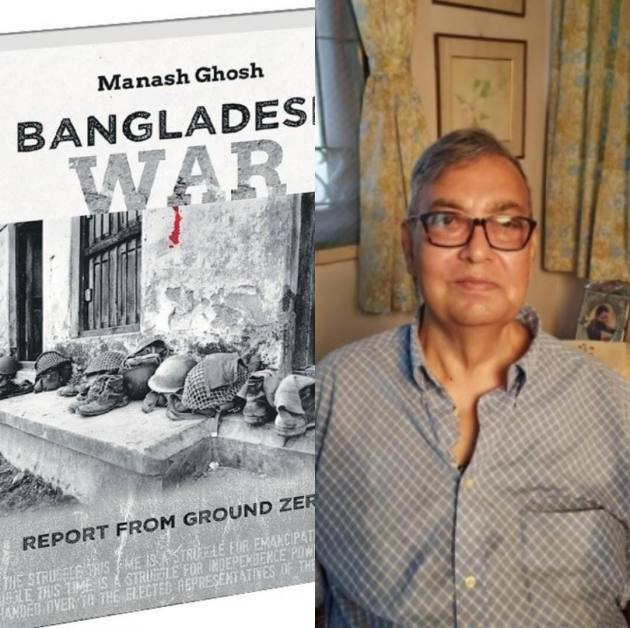 "A war has been forced on us. We repeatedly drew the world’s attention to the annihilation of an entire people whose only crime was that it had voted democratically. But the world ignored the basic causes and concerned itself with certain repercussions.

Most governments and people the world over showed sympathy and understanding to the dangers that India and Bangladesh were faced with. But they seemed morally and politically paralyzed to take action. The situation was bound to deteriorate and the courageous band of freedom fighters have been staking their all in defense of the values for which we have also struggled and which are basic to our way of life. Today, war on Bangladesh has become war on India and this imposes upon me, my government and the people, an awesome responsibility. We are left with no other option but to put our country on a war footing. I have no doubt the united will of our people will decisively repel this wanton and unprovoked Pakistani aggression with fortitude.

Indira Gandhi’s address had a galvanizing effect on the Indian masses and all sections of Bangladeshis living in and outside India. Many Bangladeshi couples living in India started naming their newborn daughters Indira. The trend was set by a leading and much respected Dacca columnist, Abdul Ghaffar Chowdhury, then staying in Calcutta with his family. For the first time, I heard a leading Bangladeshi barrister, Sirajul Haque, an Awami League MNA from Comilla’s Kasba constituency, and his wife likening Mrs Gandhi to ‘Maa Durga’. Mrs Haque said Mrs Gandhi was ‘Sakhkhat Maa Durga’ (Goddess Durga reincarnate) and that she started her day by seeking her dua (blessings). Such was the image of Mrs Gandhi even among discerning Bangladeshis.

The Indian prime minister’s address was enough indication that India would hit back hard at points that hurt Pakistan the most. Taking advantage of the full moon, on 4 December, the IAF bombers carried out massive bombing raids on Dacca’s Kurmitola air base making its runway and a squadron of Sabre jets parked there unserviceable. Chittagong and Lalmonirhat air bases were also bombed, thereby grounding the entire PAF jet squadrons. INS Vikrant’s fleet of air arm carried out raids on the Cox’s Bazaar airfield. Thus India gained complete air dominance over East Pakistan. The daring rocket attack by Indian Navy’s missile boats on the Karachi harbour oil depots rendered them totally inoperative as well. The sinking of one third of the Pakistani naval fleet raised concerns both in Washington and Beijing that Pakistan would not be able to defend itself neither in the east, nor in the west.

Both the US and China, with the help of some other members, launched an intense diplomatic offensive to corner India at the UN. Both convened a meeting of the UN Security Council (UNSC) to demand an immediate ceasefire and disengagement of forces along the India-Pakistan border. The permanent Chinese representative, Huang Hua, launched a blistering attack on India for ‘playing a most insidious role in South Asia by stripping off its cloak of non-alliance and joining hands with Soviet Socialist imperialism’ (Bangladesh Document [1971-72]). He was hopping mad with India’s UN permanent representative Samar Sen’s rejection of the ceasefire proposal. Samar Sen’s stand, that unless the UNSC formally heard the Bangladesh representative’s side of the story of happenings in his country, the ceasefire proposal would be irrelevant, made Huang Hua angrier.

The fact was that Pakistan was against any negotiation with the secessionist elements. Both the US and the Chinese representatives kept pressing for immediate ceasefire, which was thrice vetoed by the Soviet Union. This provoked Bhutto to say in frustration, ‘Let’s build a monument for veto in the UN to demonstrate the impotence and incapacity of this international body. But we shall continue to wage a thousand years war against India, if needed’ (ibid.).

On 6 December, after the fall of the important cantonment town of Jessore, India recognized Bangladesh. Announcing her government’s decision in parliament, Mrs Gandhi said Dacca was now the capital of a free, sovereign, independent Bangladesh. There was merriment on the streets of Calcutta with mikes blaring ‘Aamar Sonar Bangla’ and ‘Shono ekti Mujiburer theke lakhya Mujiburer kantha’ cassettes and people distributing sweets and many residents hoisting Bangladeshi flags on their housetops.

Moscow had been persistently urging Delhi to wrap up its military campaign by securing Dacca’s fall at the earliest. Otherwise it would be difficult to withstand the diplomatic pressure to be unleashed jointly by the US, China and Britain to stall the rapid advance of the Indian military and avert the fall of Dacca by calling for an immediate ceasefire. Accordingly, in a masterstroke, the Indian Army outflanked the heavily defended Pakistani positions by surrounding them on all sides and forcing them to surrender. It did not want to get bogged down in prolonged battles as it wanted to reach Dacca fast. Indian paratroopers, airdropped around Tangail, took rickshaws and walked on foot as no other transport was available to take them to Dacca. Indian troops crossed the Madhumati and Meghna rivers in hundreds of country boats and launches as there were few helicopters to help them cross the two mighty rivers. The IAF’s rocket attack on the Governor’s House in Dacca on 14 December, forced Governor Abdul Malek to seek refuge in a Red Cross camp. Overnight, the scene changed dramatically.

The fast-paced Indian advance, coupled with Mukti Bahini’s daring assaults on Pakistani positions around Dacca, robbed the Pakistanis of their will to fight. Their spirits were briefly buoyed up by reports of Nixon dispatching the US Navy’s 7th fleet to the Bay of Bengal on 10 December and of Kissinger asking Beijing to amass troops along the Ladakh border. The British aircraft carrier HMS Eagle too had been dispatched to Indian waters with orders to attack Indian vessels if the situation warranted. With the entire Soviet Pacific fleet, including nuclear submarines, tailing the US and British warships, both the western navies beat a hasty retreat. It was the presence of the Soviet fleet that tilted the military balance in India’s favour. Otherwise, the history of Bangladesh might have been quite different.

Indian jawans had started trickling into Dacca from the morning of 15 December. On the 16th morning there were only about 3,000 Indian troops in the city whereas the strength of the Pakistanis was beyond 25,000. Repeated ultimatum served to the Pakistanis by General Manekshaw to surrender had demoralized them so much that putting up any further resistance to Indian advance was beyond their realm of possibility. That they would capitulate and surrender in a matter of hours had almost become a certainty."

Excerpted with permission from the publisher