“Letters to Mother”, translated from Gujarati by renowned film critic Bhawana Somaaya, will be released as ebook and hardback by Harper Collins India. These letters have been taken from Modi’s diary, dating back to 1986. 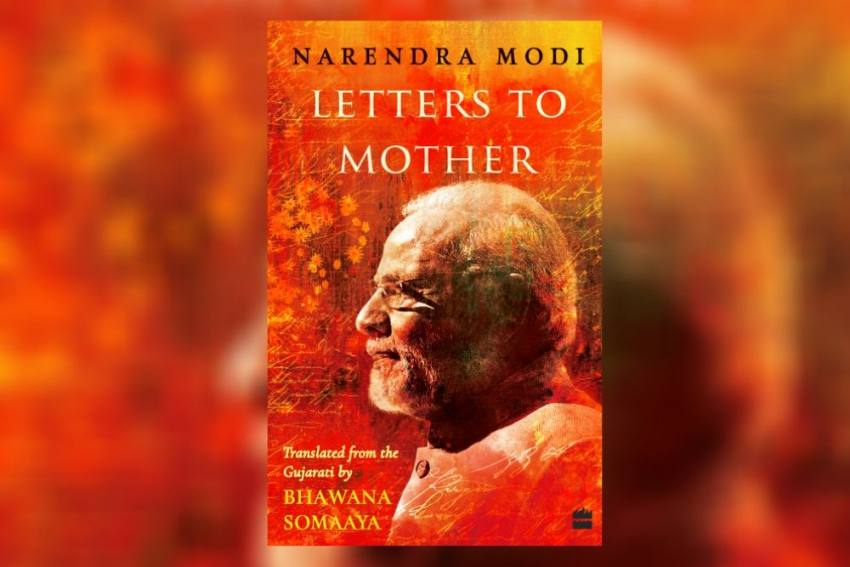 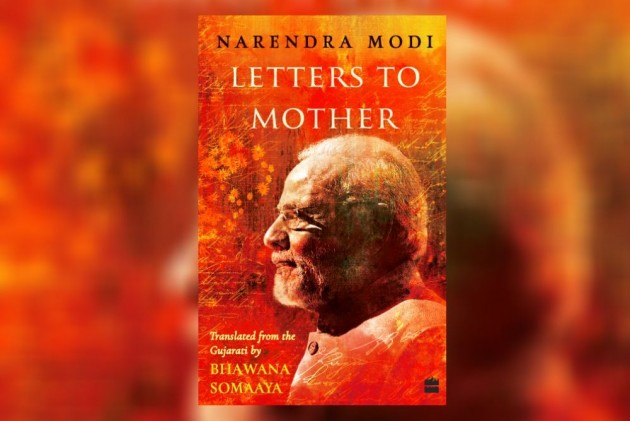 Prime Minister Narendra Modi, at a very young age, had acquired a habit of writing letters to Mother Goddess, who he addressed as "Jagat Janani", every night before going to bed.

In his jottings he revealed his innermost feelings, thoughts and doubts. But every few months, he would tear up the pages of his journal and consign them to a bonfire. The pages of one diary, however, survived. These are now available in English as Letters to Mother and published by Harper Collins India. The letters, originally written in Gujarat, have been translated by Bhawana Somaaya, a Padma Shri awardee, a film critic for almost forty years and author of numerous books.

Every book has a story and this one is no exception.

In the year 2014, Saakshi Bhaav, the Gujarati original of Letters to Mother, was released at a glittering function in Mumbai.

At that time, sitting in the auditorium and listening to the passionate speech by Prime Minister Narendra Modi, then the chief minister of Gujarat, I could never have imagined that I would one day translate his Gujarati book into English.

Six years passed by and Saakshi Bhaav got lost in my overcrowded bookshelf at home.

Then one day, a writer friend asked me why I was not metaphrasing any more language books and suggested that I translate our prime minister’s poetry into English. It seemed like a far-fetched idea, but I searched for Saakshi Bhaav in my bookshelf and began reading.

It was a slow but worthwhile read and by the time I finished, I was stirred by the urgency of the writing. In the Foreword of the book the author shares what compelled him to write these pages in his diary; he says he wrote because he could not contain his anxiety.

I pondered for a few days if I wanted  to  go  through the daunting task of transcreating his work; finally, what attracted me to the book was Narendra Modi’s undisguised display of emotions: his courage to lay himself bare and share his innermost thoughts was moving.

The passages are raw and hurting, often uneven and unchiselled – but he is at ease with his imperfections because feelings have no formalities. With his defences completely down, he reflects on the purpose of life, ponders over the passage of time, deliberates on the merits of technology in our lives and wonders if gadgets can ever replace human contact. There is remorse over the death of a dream, regrets for our inability to preserve heritage and the excitement of making preparations for a large-scale Shibir in a cold desert. We are privy to his struggles, his celebrations, his inner turbulence and his heartaches.

He sits by the ocean, gazes at the skyline, flies with the birds, trails the sun and the moon and gauges their moods. In his writing there is pathos, wonderment, agony, attachment and meditation too. His outpourings reflect his innumerable challenges and a brimming optimism to overcome all obstacles.

Sometimes you feel weighed down by his intense churnings and you wonder if he overthinks, feels a bit too strongly, and why. Is it possible for someone as preoccupied as him to contemplate on what appears apparently trivial? Doesn’t the exercise drain him? Also, where does he find the inspiration to bounce back every time? Does this have to do with his roots, his adolescent years spent in the mountains? His mind is ticking all the time and he conjures images with his words, at times bold and breathtaking, and sometimes hauntingly morbid.

There is a simmering sorrow, an overwhelming gratitude towards the universe; he bequeaths disappointments, beckons aspirations; there is acute restlessness and euphoria as well, and there is a burning passion to usher in change, to create a utopian world. And that is the best part of the book: it is not written by the public figure he is today but an ordinary party worker during the 1980s, precisely the reason why the Foreword has been updated as well.

Letters to Mother is a transcreation of Saakshi Bhaav, rather it is an effort to capture the essence of the celebrity author. In the last six years, a lot has changed in the life of Narendra Modi, the prime minister of our country. It is natural for readers to search for the leader in his vintage writings. I did too; sometimes I located him, and sometimes, when images of daily news blurred with sepia footage, I lost him... And the intrigue continues.

The most appealing thing about the book is the author’s connect with the universe, with the Mother Goddess; he has unflinching faith that she will hold his hand and walk him through the roughest terrain, and probably she does. Letters to Mother is his intimate and unfiltered conversations with the deity and reveals that the most powerful people are human too.

To cheer and engage her child Isn’t she powerless as well?

The child comprehends no language But responds to tender gaze, touch

Eyes are a powerful medium of connection They reveal what’s going on inside the heart Without words, just a glance is sufficient To penetrate deep within the soul

Will this universe in pursuit of technology Lose the treasures gifted by nature?

Can anything be more precious Than the expression in the eyes?

Eyes restrain, control tears When the heart overflows And yet

Even strangers gauge something is amiss What is this connection?

Does waiting follow a vocabulary? They reflect every passing moment Also, moments to come…

Or should I say so many expectations of me!

Mother, will I be able to fulfil them all?

Will I hold true of their faith in me?

Will I accomplish the promise? I sense immense trust

Like a bird’s nest broken Everything has gone awry Till yesterday,

This was a sacred place Where several hearts united To meditate

Today, it appears disarrayed As if swept away by floods

If I had the provisions, mother

Anyway, it is all part of life Sometimes euphoria

Time I get accustomed to all A difficult phase indeed

So many different encounters

At times celebrations At times desolation At times waiting

Time tiptoes out of the room Sometimes,

Weighs me down with its burden

That time has thorns It pokes and pierces

Bruises and bleeds this heart

Time is fragrant too

And gently, smoothly passes by Exits without remnants of aroma Without touch, without signs!

And yet sometimes, somewhere Time must feel restricted

In its quietude In its stillness In its pace

Such moments stand still Untouched and preserved Like a statue

How many such moments In our lives

In our society In our nation

Can we describe as immortal?

Perhaps, such moments In an individual’s life Remain unexpressed The intensity however Remains unmistakable

At times, time needs to Get overwhelmed

To seize moments of life I want you to drop

That will pave my path

And till that happens

I will float through life Waiting to find it

Book Excerpts: The Orissa Tragedy -- A Cyclone’s Year Of Calamity