‘Coming out as Dalit a memoir by Yashica Dutt’ is a vital and extensively researched commentary not only on Dalit history but what it means to be a Dalit today. 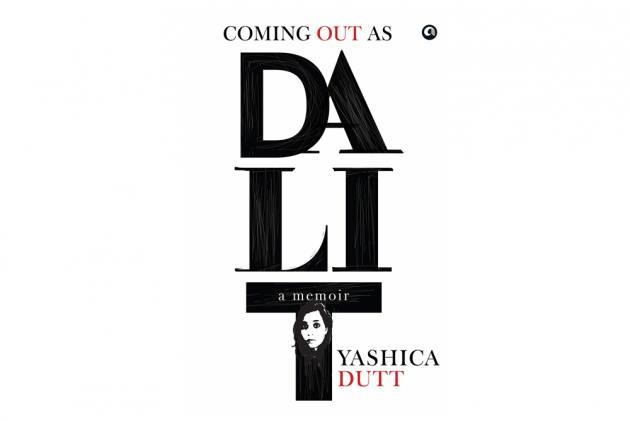 This book is an attempt to contextualise one’s personal experience with the hope that it does the same for the reader. It succeeds in doing that. Yashica Dutt, author of the book has done her bit of research and thinking to understand how her personal experiences are shaped by her surroundings.

Dalit student Rohith Vemula’s tragic suicide in January 2016 started many charged conversations around caste-based discrimination in universities in India. For Yashica Dutt, a journalist living in New York, this was the moment to stop living a lie, and admit to something that she had hidden from friends and colleagues for over a decade — that she was Dalit.

In Coming Out as Dalit, Dutt recounts the exhausting burden of living with the secret and how she was terrified of being found out. She talks about the tremendous feeling of empowerment she experienced when she finally stood up for herself and her community and shrugged off the fake upper-caste identity she’d had to construct for herself. As she began to understand the inequities of the caste system, she also had to deal with the crushing guilt of denying her history and the struggles of her grandparents and the many Dalit reformers who fought for equal rights.

In this personal memoir that is also a narrative of the Dalits, she writes about the journey of coming to terms with her identity and takes us through the history of the Dalit movement; the consequences of her community’s lack of access to education and culture; the need for reservation; the paucity of Dalit voices in mainstream media; Dalit women’s movements and their ongoing contributions; and attempts to answer crucial questions about caste and privilege. Woven from personal narratives from her own life as well as that of other Dalits, this book forces us to confront the injustices of caste and also serves as a call to action.

Seventy years of Independence and yet Dalit and its synonyms are cuss words in Hindi vocabulary (Bhangi being the most prominent one). It was a truly eye-opening experience about a form of injustice that needs urgent attention. Dutt covers very complex issues in this book while keeping easy to understand and follow.

This book talks about how finely caste exists among us that it often goes unnoticed. And if someone just shrugged their shoulders believing they are above caste --- this book is definitely for them. Being casteless is a privilege and it's high time upper-caste urban educated folks acknowledged and accepted the same. As Dutt says, acknowledgement and acceptance will eventually lay the path for challenging the status quo.

This book will make anyone compassionate enough tear up with its details of manual scavenging, Dalit student suicides and Dalit women rapes. The book talks about the mental stress that Dalits go through to hide their caste. It also talks about the abysmal representation of Dalits in academics, media and law --- all of which are necessary to bring to light discrimination. Lack of Dalits in these fields eventually leads to a single view narrative by just the upper castes for whom Dalits are either poor or non-deserving reservation quota inconveniences. For that reason, Dutt’s memoir becomes an excellent tool to arm you with as it’s so well-articulated.

While many of us claim to abhor the connotations of caste, it becomes difficult for one to express what it is about caste that makes it necessary to annihilate it --- we neither have the language, rarely the knowledge, and never the lived experience. Without language and knowledge, it becomes impossible to engage with someone who feels differently about casteism.

“Coming Out As Dalit a memoir” is Dutt’s personal story as to how she, as a middle-class Dalit belonging to a family with two generations of government servants, navigates herself while aspiring for a life that has been ingrained in her to only belong to the upper caste. It’s a moving account that brings to light how casteism is mired even in the most progressive and urban spaces, such as universities, corporate houses, media offices, and how Indian society is anything but post-caste.

Author Yashica Dutt’s journey into discovering herself and, accepting the myriad ways in which her identity and her caste are intertwined, is remarkable. Because as she starts learning about Dalits and, the insidious as well as explicit discrimination that Dalits are subjected to in all spheres of their lives, she nudges the reader to perceive the world from the prism of discrimination.

This jolts you into coming to terms with the injustices that have been meted out to Dalits since time immemorial on the basis of arbitrary notions of what constitutes an “upper caste” and who belongs to a “lower caste”, and that still continues to this day. There is absolutely no rational explanation behind the division of society into four Varna, except for maintenance of the status quo by the ones who benefit from this segregation.

Dutt provides her readers with not just her personal story but also acquaints us with the history of caste-based discrimination and the Dalit movement. Therefore, for anyone seeking initiation into learning more about casteism and how terribly it afflicts a Dalit, and how opportunities that are made available to upper-castes are, in one way or another, an outcome of their privilege, this memoir would be the best place to start.

Right from the activism of Phule and Savitribai, to the concerted efforts of Dr BR Ambedkar, and down to Rohith Vemula’s activism and subsequent suicide, Dutt attempts to tell her readers that casteism is an evil which needs to be eradicated, and for that, it must at first be acknowledged as an evil.

Even if you fail to read the book in its entirety, I would highly recommend reading the chapter on reservations. Dutt has made the most succinct arguments for reservation, backed with facts, data and research; it is impeccable and easy to access. For the longest time, I unfortunately too believed that reservations should have been made on the lines of an individual’s economic status. Over a period, that thought process of mine changed as I was made aware of the entrenched social injustice that needed reparations, but I never had the knowledge to support my belief and express it without faltering or questioning myself. For that reason, this chapter stood out from the rest of the memoir because it was loaded with information that one can successfully disseminate to make others realise how unaware and ignorant we are and have been.

Also, another thing that stood out is the relationship between Dutt and her mother, and how Dutt’s mother went to the ends of the earth to ensure that she never had to compromise on her education. Despite the unsupportive patriarchal household that she resided in, along with the meagre resources at her disposal, her mother refused to give up on her daughter.

I marvelled at the tenacity of the author’s mother, I applauded their commitment to their dreams, and I tried to imagine her fear at being “found out”. It’s a slap to our collective humanity that there are people among us who’re living with such fear at a subliminal level. On the flip side, at some points in the book, it felt like the Dalit lens was being applied to facets where it felt forced and convoluted. And to a few other things towards the end of the book. But those were peccadilloes at best.

“Coming Out As Dalit A memoir by Yashica Dutt” is a vital and extensively researched commentary not only on Dalit history but what it means to be a Dalit today. Being skillfully written from the personal perspective of the author gives a powerful edge to what deserves to be a highly influential message. Every chapter can serve as an inspiration to those working towards a post-caste system.

I would recommend this book to anyone looking for a contemporary introduction to the Dalit movement in India. Not only is it an educational resource, but it is also delivered alongside the narrative of the author's powerful journey as she comes to embrace and take pride in her Dalit identity.

Book: Coming Out As Dalit A memoir by Yashica Dutt

(Ashutosh Kumar Thakur is Bangalore based Management Consultant, Literary Critic and Advisor with Kalinga Literary Festival. He can be reached at ashutoshbthakur@gmail.com)