Inside The Tablighi Jamaat: A Book Review

As Tablighis came under the scanner of the government post lockdown in India for allegedly ' spreading the coronavirus intentionally', journalist and noted author, Ziya Us Salam pens down a topical book on the history and evolution of this Jamaat. The book is being published by Harper Collins India. 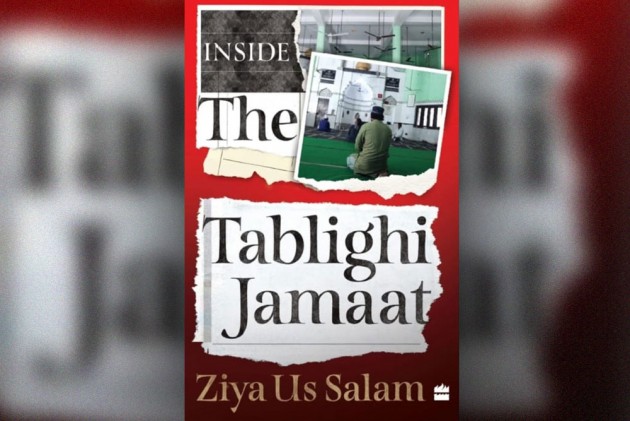 A book such as Inside the Tablighi Jamaat is an important intervention to understand the historical continuity of a contemporary phenomenon, more so in the context the controversy involving the movement and its headquarters popularly known as Markaz. Tablighi Jamaat has been in existence for almost one hundred years but it preferred a life of quietude till such time it was made the focus of sustained media attention in the month of April for its congregation in the context of the pandemic.

Many would have preferred to remain quiet on the issue but Ziya us Salam chose to dig out material from the history and place them and the movement in the contemporary context. Devoting twenty four chapters and 260 pages to unravel the layers of the existence of the movement must be viewed with as much seriousness as the book deserves. The scholarly community as well as an interested reader would find mist evaporating from the body and the movement that were initiated about a hundred years ago.

The clarion call of the movement has been to invite the Muslims to become better Muslims and follow the prescribed rituals of Islam. But in the course of doing so it moved in the direction of revivalism in personal life of a member of Jamaati and then spreading out to those who would come under its influence through personal contacts in the course of conducting Chilla whether for three days or forty days or a year. The very fact that the Jamaatis would invite their contacts to live a life of piety as modeled during the times of the Prophet Muhammad and his companions.

For the purpose of helping a new entrant to the charmed circle of the Jamaatis, a book consisting of several volumes known as Fazail-i-Amal was compiled, generally believed to have been done in good faith preaching lessons from the Islamic scholarship and traditions. Among the jamaatis the book evokes tremendous respect and acceptability. As a matter of matter of fact in their circle the book attracts much greater attention than any other book. It is believed that for a Jamaati there is no word beyond Fazail-i-Amal. But the author is not quite impressed as his scholarly scrutiny of the movement takes him to argue, “In other words, Fazail-i-Amal introduces a lot that is biddah (a practice not approved in Islam) based on hearsay. The stories and anecdotes might seem attractive to a layman, but they do not always pass the crucible with scholars of Islam.” (p.102)

An overwhelming emphasis on the good conduct and personal piety does not create conditions of bringing about social reforms within the community of believers. For instance it has opened the door of the Jamaat on women without laying emphasis on social reforms leading to an ideological and cultural climate of gender equality. The Tablighi Jamaat has been shying away from the question of women performing namaz in masjids. The author has highlighted instances where tablighi controlled masjids have been openly hostile to the idea of men and women performing namaz simultaneously. Precedents from the instructions by Hazrat Umar are invoked while a reference to Surah Tauba talking about men and women going for prayers in a masjid is ignored.

The author explains has argued that the tablighis rarely engage themselves in issues which social and political bearings. This benign neglect of contemporary issues such as Tripple Talaq or the issue of Babri Masjid judgement etc. is borne out of their understanding of the movement that it must not get involved in the worldly affairs. This reclusive approach has helps the movement to keep itself away from the gaze of public and the government of the day. However, the fact remains that values imbibed on social plane have bearings in personal life too as it become hard to maintain a distinction between the two. Seen in this perspective, life of an average tablighi is reflective of the larger values they inculcate in the course of their interactions within the organization.

However, such an approach has borne them fruits of a different kind. Their apolitical nature and tendencies to avoid getting involved in contentious issues have gained them access to far off land in the Western hemisphere. They have significant bases in countries such as the UK and USA in a significant way. They have managed to penetrate certain African nations such as South Africa and others without difficulty. However, South-east Asian nations such Indonesia and Malysia have proved to be fertile grounds for the expansion of the Tablighi work. But in the Central Asian countries a similar luck eluded the movement as many regimes suspected it for spreading too much religious mindedness and making masjids as centers of their activities.

While the author has subjected the tablighi movement to scrutiny in a number of ways especially as regards gender justice in spiritual spaces he emerges a trenchant critic of the movement as regards the leadership issues. He raises the issue of absence of democratic values within the oragnisation as no member of the organization has risen to the leadership position due to the stranglehold of the family since the time of Maulana Ilyas. There is a dedicated chapter, ‘All in the Family’ and has argued, “Right from the 1920s to 2020not a single president has come from outside the family.” (p.138)

The most interesting aspect of the book is its journey into the past to explore historical dimensions of the Tablighi Jamaat and return to the contemporary to examine the continuity and digressions and adjustments. Attempts to locate its genesis take the readers to 1920s when the Shudhi movement under the aegis of the Arya smamaj, especially it’s leader Swami Shradhanand was launched. Culturally vulnerable groups were targeted. Much like the Ghar Wapsi campaigns in recent years.

The author has cleverly used his skills of navigating between the popular and academic language format, which makes the book immensely readable. While it is a book on Tablighi Jamaat, it quietly introduces myriad dimensions of the Islamic religious traditions to the readers.

The Author , Ziya Us Salam writes for Frontline Magazine.