Whereabouts is Jhumpa Lahiri’s first novel after eight years and like In Other Words, it was first written in Italian, the fruit of her language studies in Rome, and then translated into English by the author herself. 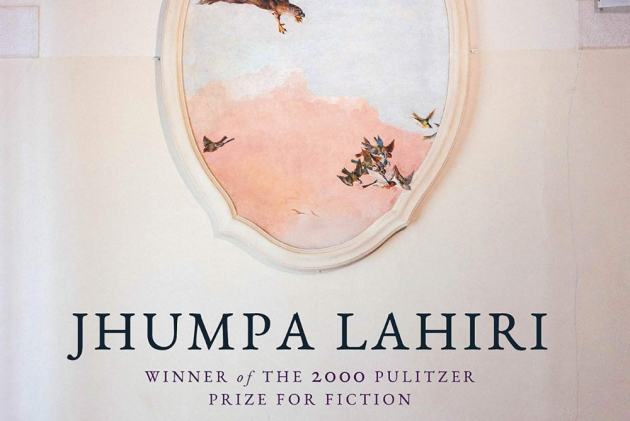 Whereabouts is Jhumpa Lahiri’s first novel after eight years and like In Other Words, it was first written in Italian, the fruit of her language studies in Rome, and then translated into English by the author herself. Though the work is fiction, it has about it the quality of series of essays, snippets of a woman’s wanderings in an unnamed Italian city. The woman is obviously not Indian – marking another shift for Lahiri, a move away from the Indian diaspora that marked her arrival on the literary scene through books like The Namesake and Interpreter of Maladies that won her the Pulitzer Prize.

What will resonate with readers is that Whereabouts is a book about isolation – though not necessarily the kind of isolation that the world has become familiar with in Covid times. The woman in the book has the freedom to wander from street to street and place to place including offices and book shops, though her meanderings are very socially distanced since encounters with people are few and far between. For the most part her role is that of an observer, noting down the details of the everyday – a woman’s skirt, a line drawn by a careless child on her sofa, the way people behave towards each other on the street. Occasionally she turns into a stalker eavesdropping on a couple of squabbling friends.

No one observes her spying and while she has a sharp eye her behaviour to the people she meets is above reproach - unless you count refusing to allow a friend’s husband to borrow a precious book of poetry or being rude to a woman who she thinks is being pretentious about an actor she admires fuelled by alcohol at a dinner.

Gradually we draw a fuller portrait of the narrator. Tales of lost love and an encounter with a man who cheated on her for five years and whose infidelity was revealed through a doctor’s ticket in a book. There is mild angst over missed opportunities and memories of an unhappy childhood and a father who promised to take her on a birthday treat but was dead before the occasion came around. Despite being alone she has friends and occasional lovers, rather like her mother,  who also complains of loneliness while being surrounded by loving friends. We are told that she has agreed to live with her mother but continues to live in a different city. “Solitude: it’s become my trade,” she confesses. “And yet it plagues me, it weighs on me...’’ She has a favourite museum that is usually empty and she loves the theatre and spends a long time scanning the programme that she has bought in front of the ticket booth.

August is not her favourite month, but the narrator prefers not to leave the city despite the mounting heat. She frequents the piazzas and lets the seasons pass over her each with their own sense of depletion.  The changing shades of light only serve to remind her “of loss, of betrayal, of disappointment.” Typically autumn, with the hint of winter around the corner, only heightens her melancholy. Like Pico Iyer, the season arouses thoughts of darkness as the shadows gather around her. “There’s no escape from the shadows that mount, inexorably, in this darkening season. Nor can we escape the shadows our families cast,” she thinks. “That said, there are times I miss the pleasant shade a companion might provide.” Newspapers inform her of unexpected deaths – a person she could have known but chose not to.

The narrator’s thoughts follow a cyclical route around the same paths that she has trodden in a city that she has never left. However, ultimately she is forced to take some kind of a decision – or perhaps her moodiness drives her onto taking it, one which will take her elsewhere and rid her of cooking and staying worries for a year. She tries to find some kind of closure by visiting her mother with the latter’s favourite cat’s tongue biscuits. Her mother tells her that every time one moves houses one loses something of value – in her frugal mother’s case it is pieces of jewellery. To her, the words are like a kind of warning, but she muses “Is there any place we’re not moving through?”

The question is, is the woman solitary or is she actually the portrait of a writer as an observer? Though people might accuse her of being on the verge of existentialist breakdown there is nothing about her that one would find strange if she were actually a writer and, like a writer, she makes notes of interesting phrases which spring to mind. The book is written in the present tense which is appropriate to a series of musings and if it were not for the details of the woman’s life that emerge through the essays, one could take Whereabouts for a nonfiction account of Lahiri’s own interiority – in a sense the cycle of wandering from English to Italian to English again.