The Sao Paulo state health secretariat confirmed that one man and woman have been infected with Omicron variant and are kept in isolation. They had their tests taken on November 25 and showed light symptoms of the disease. 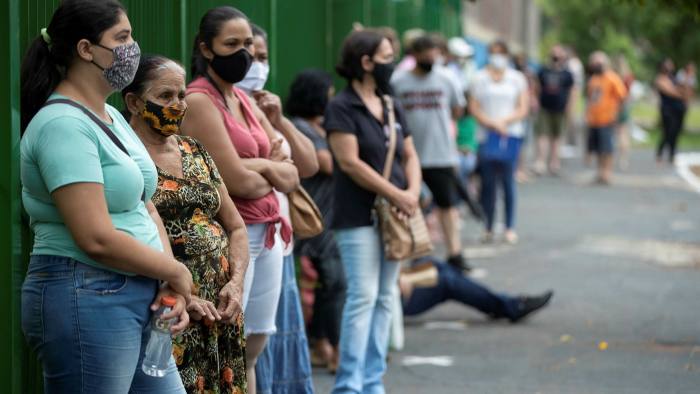 Health officials in Brazil have reported the country's first confirmed cases of the omicron variant in two travellers returning from South Africa, the first such cases in Latin America.

The Sao Paulo state health secretariat said a 41-year-old man and a 37-year-old woman are in isolation. They had their tests taken on November 25 and showed light symptoms of the disease at the time.

Latin America has suffered heavily from the coronavirus pandemic, with Brazil alone reporting more than 600,000 deaths, a figure that analysts believe to be undercounted.

Brazil does not require Covid-19 vaccination from foreign travelers entering the country.

Earlier on Tuesday, Japan and France reported their first cases of the omicron variant, while new findings indicate the mutant coronavirus was already in Europe close to a week before South Africa sounded the alarm. It was last Wednesday, November 24, that South African authorities reported the existence of the highly mutated virus to the World Health Organization.

Much remains unknown about the new variant, including whether it is more contagious, as some health authorities suspect, whether it makes people more seriously ill, and whether it can thwart the vaccine.