The swearing in of Kavanaugh as the Supreme Court judge brought to end weeks of bitterly fought battle between the ruling Republican and the opposition Democratic parties. 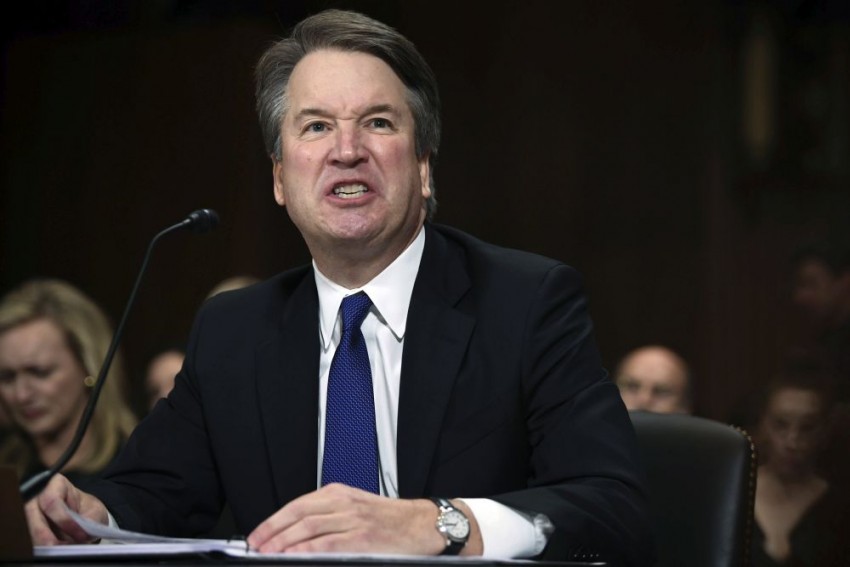 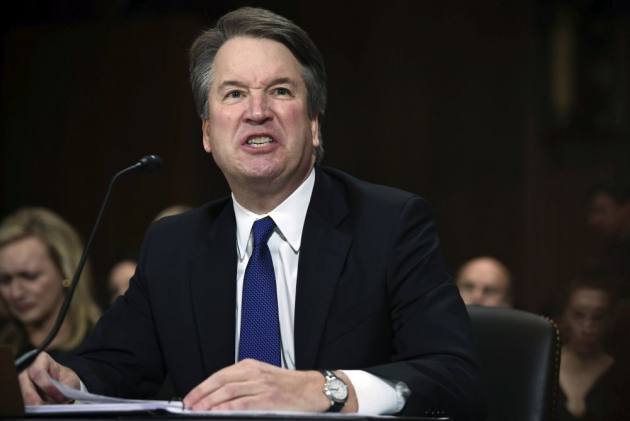 Brett Kavanaugh, 53, was sworn in as a judge of the US Supreme Court, hours after he was confirmed by a bitterly divided Senate by 50-48 votes.

Kavanaugh was officially sworn in early Saturday evening as the 114th Justice of the Supreme Court of the United States by Chief Justice John Roberts who administered the Constitutional Oath in the Justices' Conference Room.

Kavanaugh replaces Kennedy, who had announced his resignation early this year.

The swearing in of Kavanaugh as the Supreme Court judge brought to end weeks of bitterly fought battle between the ruling Republican and the opposition Democratic parties.

Things took an ugly turn in the last few weeks, when at least three women came forward with allegations that Kavanaugh had sexually assaulted them.

Millions of people inside US and abroad watched live on their television sets the open hearing of Kavanaugh and his first accuser Christine Ford, a professor in California.

Under tremendous political pressure, Trump ordered a last-minute FBI supplemental inquiry, the results of which reports said did not prove the allegations. Day later on Saturday, the Senate confirmed the nomination of Kavanaugh by 50-48 votes, which was mostly on party lines.

Kavanaugh is the second Supreme Court nominee of President Donald Trump to be confirmed by the Senate.

Trump who was on a November 6 mid-term election campaign trail in Kansas called Kavanaugh to congratulate him on his confirmation and swearing in.

"I just congratulated him," he said, "Congratulations". It was well fought.  I mean, who would have thought a thing like that could've happened -- what he's been through?  Everything was uncorroborated,” he told reporters in Topeka, Kansas.

Describing Kavanaugh as an outstanding person, Trump alleged that in recent weeks he and his family suffered a lot because of the opposition Democratic lawmakers who according to him supported an uncorroborated allegation of sexual assault against him.

"We're very honored that he was able to withstand this horrible, horrible attack by the Democrats. It's a horrible attack that nobody should have to go through," he said.

"But the beautiful thing is, he is now in.  He's going to be there for a long time. And he's just an outstanding intellect, outstanding scholar, a brilliant lawyer -- brilliant at everything he's ever done.  So we're very happy. It was a great vote, a very historic vote," Trump said.

Even as he was being sworn in inside the Supreme Court, scores of people protested across the street at the Capitol.

"The crowd in front of the US Supreme Court is tiny, looks like about 200 people (& most are onlookers) - that wouldn't even fill the first couple of rows of our Kansas Rally, or any of our Rallies for that matter! The Fake News Media tries to make it look sooo big, & it's not!" Trump said in a tweet.

Of the nine-members on the powerful Supreme Court bench, two of the judges Kavanagh and Neil Gorsuch – have been nominated by Trump. His predecessor Barack Obama nominated Sonia Sotomayor and Elena Kagan, both women, on the bench in 2009 and 2010 respectively.