If it is true that Britain will have to renegotiate its trade treaties, is this not the best chance we’ve had in decades to contain corporate power? 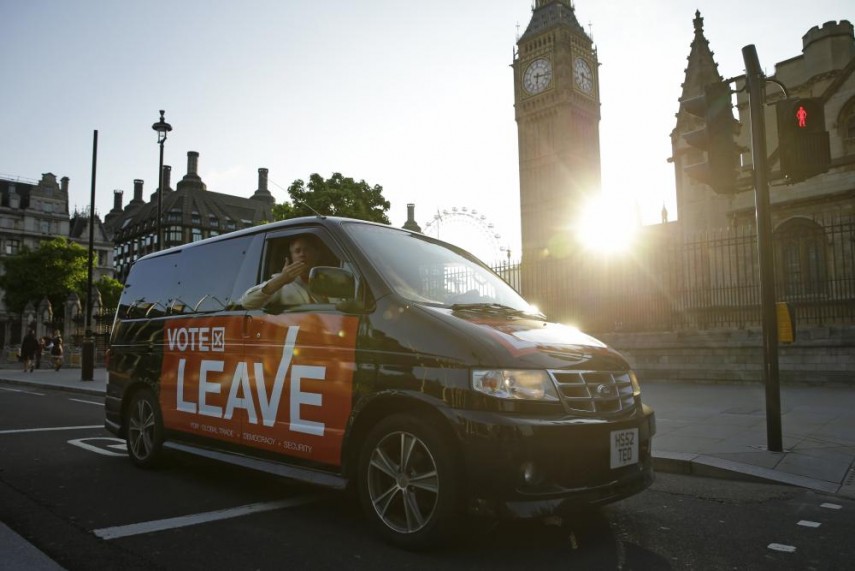 Let’s sack the electorate and appoint a new one: this is the demand made by MPs, lawyers and the four million people who have signed the petition calling for a second referendum. It’s a cry of pain, and therefore understandable, but it’s also bad politics and bad democracy. Reduced to its essence, it amounts to graduates telling non-graduates “we reject your democratic choice”.

Were this vote to be annulled (it won’t be), the result would be a full-scale class and culture war, riots and perhaps worse, pitching middle class progressives against those on whose behalf they’ve claimed to speak, permanently alienating people who have spent their lives feeling voiceless and powerless.

Yes, the Brexit vote has empowered the most gruesome collection of schemers, misfits, liars, extremists and puppets British politics has produced in the modern era. It threatens to invoke a new age of demagoguery, a threat sharpened by the thought that if this can happen, so can Donald Trump. It has provoked a resurgence of racism and an economic crisis whose dimensions remain unknown. It jeopardises the living world, the NHS, peace in Ireland and the rest of the European Union. It promotes what the billionaire Peter Hargreaves gleefully anticipated as “fantastic insecurity”.

But we’re stuck with it. There isn’t another option, unless you favour the years of limbo and chaos that would ensue from a continued failure to trigger Article 50. It’s not just that we have no choice but to accept the result. We should embrace it and make of it what we can.

It’s not as if the system that’s now crashing around us was functioning. The vote could be seen as a self-inflicted wound, or it could be seen as the eruption of an internal wound, inflicted over many years by an economic oligarchy on the poor and the forgotten. The bogus theories on which our politics and economics are founded were going to collide with reality one day; the only questions were how and when.

Yes, the Brexit campaign was led by a political elite, funded by an economic elite and fueled by a media elite. Yes, popular anger was channelled towards undeserving targets — immigrants. But the vote was also a howl of rage against exclusion, alienation and remote authority. That is why the slogan “take back control” resonated. If the left can’t work with this, what are we for?

So here is where we find ourselves. The economic system is not working, except for the likes of Philip Green. Neoliberalism has not delivered the meritocratic nirvana its theorists promised, but a rentiers’ paradise, offering staggering returns to whoever grabs the castle first while leaving productive workers on the wrong side of the moat. The age of enterprise has become the age of unearned income; the age of the market, the age of market failure; the age of opportunity, a steel cage of zero-hour contracts, precarity and surveillance.

The political system is not working. Whoever you vote for, the same people win, because where power claims to be is not where power is. Parliaments and councils embody paralysed force, gesture without motion, as the real decisions are taken elsewhere: by the money, for the money. Governments have actively conspired in this shift, negotiating fake trade treaties behind their voters’ backs to prevent democracy from controlling corporate capital. Unreformed political funding ensures that parties have to listen to the rustle of notes before the bustle of votes. In Britain, these problems are compounded by an electoral system that ensures most votes don’t count. This is why a referendum is almost the only means by which people can be heard, and why attempting to override it is a terrible idea.

Culture is not working. A worldview which insists that both people and place are fungible is inherently hostile to the need for belonging. For years we have been told that we do not belong, that we should shift out without complaint while others are shifted in to take our place. When the peculiarities of community and place are swept away by the tides of capital, all that’s left is a globalised shopping culture, in which we engage with glazed passivity. Man was born free, and he is everywhere in chainstores.

In all these crises is opportunity. Opportunities to reject, connect and erect: to build from these ruins a system that works for the people of this country, rather than for an offshored elite that preys on insecurity. If it is true that Britain will have to renegotiate its trade treaties, is this not the best chance we’ve had in decades to contain corporate power? Of insisting that companies which operate here must offer proper contracts, share their profits, cut their emissions and pay their taxes? Is it not a chance to regain control of the public services slipping from our grasp?

How will politics in this sclerotised nation change without a maelstrom? In this chaos we can, if we are quick and clever, find a chance to strike a new contract: proportional representation, real devolution and a radical reform of campaign finance to ensure that millionaires can never again own our politics.

Remote authority has been rejected, so let’s use this moment to root our politics in a common celebration of place, to fight the epidemic of loneliness and rekindle common purpose, transcending the tensions between recent and less-recent immigrants (which means everyone else). In doing so, we might find a language in which liberal graduates can talk with the alienated people of Britain, rather than at them.

But most importantly, let’s address the task that the left and centre have catastrophically neglected: developing a political and economic philosophy fit for the 21st Century, rather than repeatedly microwaving the leftovers of the 20th (neoliberalism and Keynesianism). If the history of the last 80 years tells us anything, it’s that little changes without a new and feracious framework of thought. And when it arrives, everything changes. Much of my work over the next few months will be to assess what’s on offer and try to identify and promote the best ideas.

So yes, despair and rage and curse: there are reasons enough to do so. But then raise your eyes to where hope lies.