He also called for the creation of a BRICS rating agency to cater to financing needs of sovereign and corporate entities of developing countries. 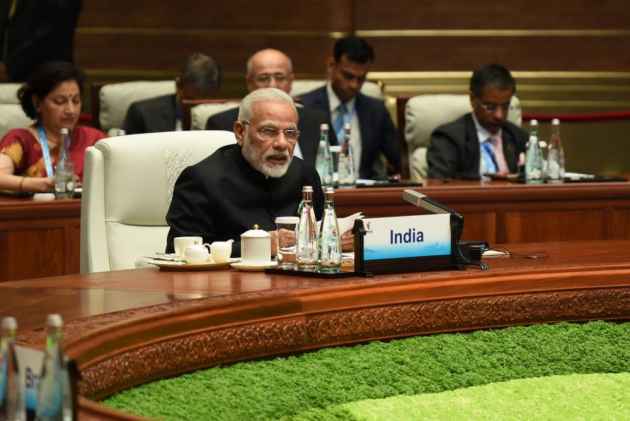 Prime Minister Narendra Modi today sought a strong partnership among BRICS nations to spur growth, saying that the bloc has developed a robust framework for cooperation and contributed to the stability in a world "drifting towards uncertainty".

Addressing the plenary session of the BRICS Summit in China's Xiamen city, Modi said trade and economy were the foundations of the cooperation among BRICS -- Brazil-Russia- India-China-South Africa.

He also called for the creation of a BRICS rating agency to cater to financing needs of sovereign and corporate entities of developing countries.

He also urged central banks of member nation to further strengthen their capabilities and promote cooperation between the Contingent Reserve Arrangement of the grouping and the International Monetary Fund.

The prime minister emphasised the need to accelerate track of cooperation in smart cities, urbanisation and disaster management.

"BRICS has developed a robust framework for cooperation; contribute stability and growth in a world drifting towards uncertainty. Our endeavours today touch diverse areas of agriculture, culture, environment, energy, sports and Information and Communications Technology (ICT)," he said.

Modi asserted that the grouping was in a "mission-mode" to eradicate poverty and ensure health, sanitation, skills, food security, gender equality, energy and education.