The grouping expressed concern over the security situation in the region and violence caused by the Taliban, ISIS, Al-Qaida and its affiliates including Lashkar-e-Taiba, Jaish-e-Mohammad and the Haqqani network. 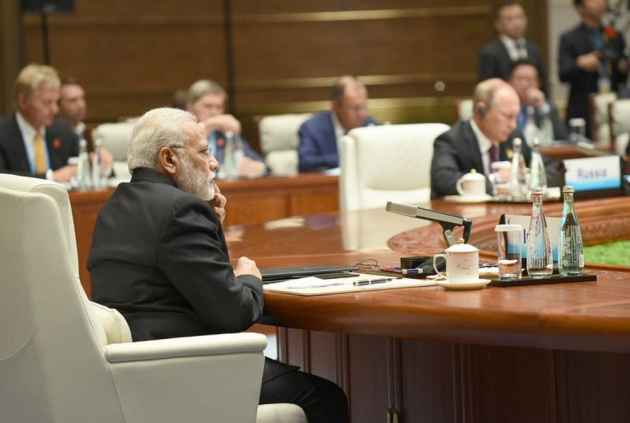 The BRICS today voiced serious concern over violence perpetrated by terror groups like the Taliban, al-Qaeda and Pakistan-based LeT and JeM besides calling for expeditious adoption of a global convention by the UN to deal with the menace.

In a declaration, the BRICS (Brazil-Russia-India-China- South Africa) also called upon all nations to adopt a comprehensive approach in combating terrorism including countering radicalisation and blocking terror financing sources.

The grouping expressed concern over the security situation in the region and violence caused by the Taliban, ISIS, Al-Qaida and its affiliates including Lashkar-e-Taiba, Jaish-e-Mohammad and the Haqqani network.

"We call for expeditious finalisation and adoption of the Comprehensive Convention on International Terrorism (CCIT) by the United Nations General Assembly," the BRICS said.

The BRICS also called upon the international community to establish a "genuinely broad" international counter-terrorism coalition and support the UN's central coordinating role in this regard.

"We stress that the fight against terrorism must be conducted in accordance with international law, including the Charter of the United Nations, international refugee and humanitarian law, human rights and fundamental freedoms.

"We reaffirm our commitment on increasing the effectiveness of the UN counter-terrorism framework, including in the areas of cooperation and coordination among the relevant UN entities, designation of terrorists and terrorist groups and technical assistance to Members States," the declaration said.