Harry, 33, and Meghan, 36, became the sixteenth Royal Couple to celebrate their Marriage at Windsor Castle since 1863. 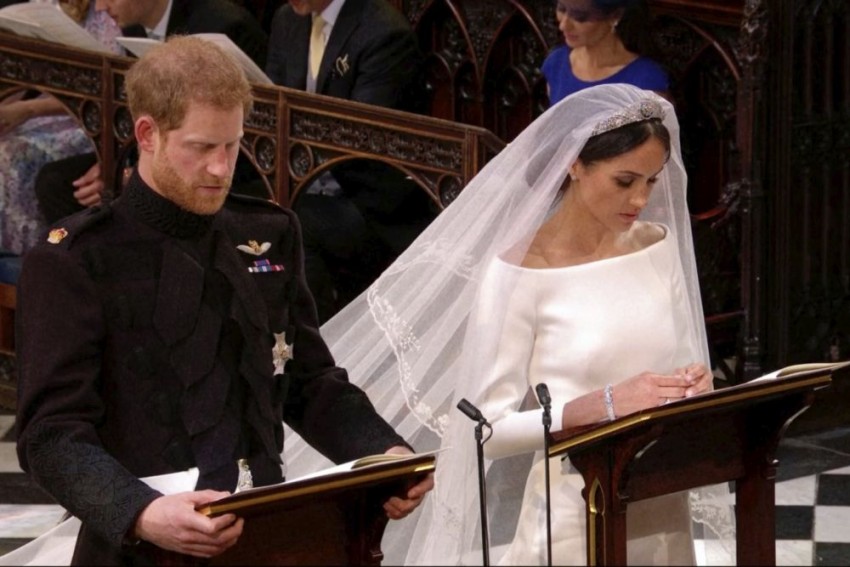 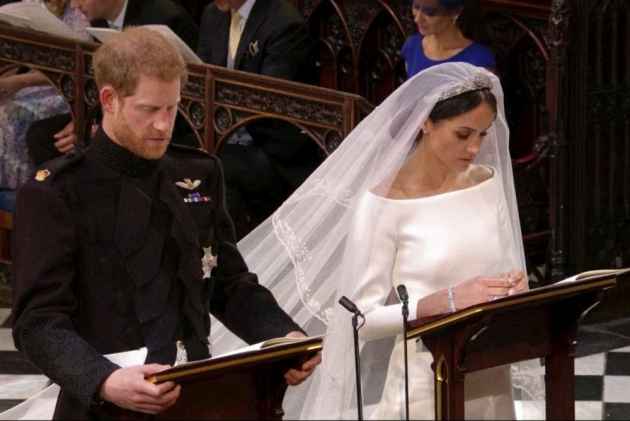 Britain's Prince Harry and Meghan Markle were today pronounced man and wife at the iconic St George's Chapel in Windsor Castle where the couple exchanged wedding vows in the presence of 600 guests as millions of people around the world watched the historic event.

The service was conducted by the Dean of Windsor with Justin Welby, the Archbishop of Canterbury and the spiritual head of the Anglican Church, overseeing the exchange of vows. A black US bishop, Michael Bruce Curry, gave the wedding address.

Prince Harry and Meghan Markle are now husband and wife, Meghan has joined the royal family as the Duchess of Sussex (pic: Reuters) #RoyalWedding pic.twitter.com/Iz8qpXQU5E

Harry, 33, and Meghan, 36, became the sixteenth Royal Couple to celebrate their Marriage at Windsor Castle since 1863.

Harry was seen smiling as Meghan entered the Chapel with Prince Charles.Prince Charles stepped into the role of Meghan's father and walked her down the aisle for her marriage with Harry after it was confirmed that her father Thomas Markle Sr would not be attending the wedding ceremony due to ill-health.

The 69-year-old heir to the British throne has some practice of this role, having previously escorted Alexandra Knatchbull, the daughter of his close friend, down the aisle at her high society wedding to Thomas Hooper in 2016.

The newly-wed royal couple would be doing a tour of the city centre of Windsor in a traditional horse-driven Ascot Landau carriage.

Prince Harry's niece, three-year-old Princess Charlotte, was one of the six young girls chosen as bridesmaids at the wedding and her elder brother, Prince George, aged four, was a pageboy among a total of 10 children chosen for the roles.

The royal couple choose modern touch to their marriage ceremony.

Instead of using traditional vows, the royal couple selected words from The Marriage Service from Common Worship (2000).

They pledged themselves to one another: "for better, for worse, for richer, for poorer, in sickness and in health, to love and to cherish, till death us do part".

The marriage service featured contemporary language - using the word "you" instead of "thee" and "thou" and offers the most flexibility in the choice of readings and prayers.

Senior members of the Royal family and a raft of celebrities were among the 600 invited guests and another 2,640 members of the public watched the ceremony from the grounds of Windsor Castle.

Markle's family feud took a new turn when it was announced that her father wont be attending the wedding after allegedly staging paparazzi for photographs that sold for a reported 100,000 pounds -- in a breach of royal etiquette ahead of the meticulously planned big day.