Bryan Adams Shares Photo Of Delhi Smog From Concert Venue, Says ‘You Can See My Shadow’

Adams shared a photo on Instagram, which shows haze over the concert venue. 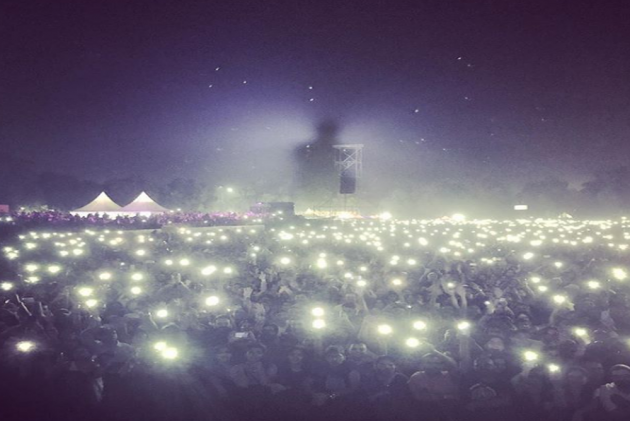 He came, he performed and left crooning and swaying fans asking for more; Canadian rock legend Bryan Adams wound up his five-city India tour with a first-time concert in the Delhi-NCR region Sunday night but a concert photo he shared raises concerns about city’s toxic air.

Adams shared a photo on Instagram, which shows haze over the concert venue.

“New Delhi, India, you were incredible tonight. In this photo, if you look carefully you can see my shadow silhouetted in the dust and smoke of the venue over the audience. I’ve never seen that before. Magical India. Namaste,” he posted.

The fans were quick to point out that what Adams saw as ‘magical India’ was city’s smog.

New Delhi, India ðÂÂ®ðÂÂ³ you we’re incredible tonight. In this photo, if you look carefully you can see my shadow silhouetted in the dust and smoke of the venue over the audience. I’ve never seen that before. Magical India. Namaste ðÂÂÂðÂÂ» #bryanadamsultimate

Beginning his nearly two-hour gig at the Leisure Valley Park here with the 2017 hit ‘Ultimate Love’, which seamlessly segued into the one-two punch of ‘Can’t Stop This Thing We Started’, he went on to belt 24 more numbers from his rich repertoire of songs before going solo on being persisted by the 15,000-strong crowd.

Dressed in a blue T-shirt and jeans, Adams lit on fire the stage which featured an oversized video wall rolling some lyrics, self portraits and videos with his band.