Amid allegations by his wife, the BSF has rejected his VRS application, pending court of inquiry for alleged indiscipline. 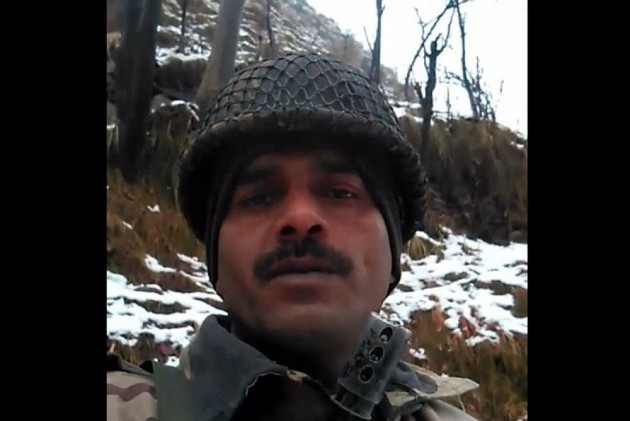 Three weeks after BSF Jawan Tej Bahadur Singh's facebook video created ripples across the social media regarding the deplorable conditions our soldiers live in and the horrendous food quality they are served, the Border Security Force has now rejected his application for voluntary retirement, pending court of inquiry for alleged indiscipline.

Rejecting Yadav's Voluntary Retirement Scheme (VRS) plea, BSF said it has been 'cancelled pending the Court of Inquiry (CoI) and finalisation of its recommendations'.

"Cancellation of VRS was communicated to constable Yadav on January 30 evening only," BSF said in a statement while making it clear that he "has not been arrested" as alleged by the family.

Officials in the force said as per the laid down procedure under a CoI, all witnesses in a case are questioned by the probe team till the investigation is completed even as the trooper is also facing charges of indiscipline on various counts and hence in such a case the privilege of granting a VRS to an employee is disallowed.

His wife Sharmila Yadav reportedly told ANI that he was first forced to retire and later put under house arrest.

"He (Tej Bahadur) managed to call up today using someone else's phone and told me that he was under arrest. He was being threatened and mentally tortured," his wife Sharmila told ANI.

Meanwhile, the BSF refuted claims of his arrest and reportedly told ANI that 'an iquiry has found him guilty and disciplinary action against him was recommended, which is yet to be approved.'

Last month,  Tej Bahadur, deployed along the Indo-Pak border in Jammu and Kashmir had alleged in a video that the troops were facing 'cruelty' as they were served bad quality food and sometimes, even had to sleep 'empty stomach'.

In the video uploaded on facebook, the jawan claimed that government essentials meant for them, were 'sell off' by officers illegally in the market.

Post the video got viral, home minister Rajnath Singh took to twitter to sought a report and 'take appropriate action'.

I have seen a video regarding a BSF jawan's plight. I have asked the HS to immediately seek a report from the BSF & take appropriate action.

Meanwhile, the BSF claimed that he was an habitual offender and an alcoholic and needed regular counselling.

Recently, another BSF clerk posted a video on facebook alleging that liquor meant for its personell were sold to outsiders.

In the wake of its jawans taking to social media to air their grievances, BSF has also directed its special snoop teams to check on the morale of the jawans and the force even as it said instances of complaints being voiced via the social media were being dealt with "strictly".