The central government recently amended the BSF Act to authorize the force to undertake search, seizure and arrest within a larger 50 km stretch, instead of 15 km, from the international border in Punjab, West Bengal and Assam. 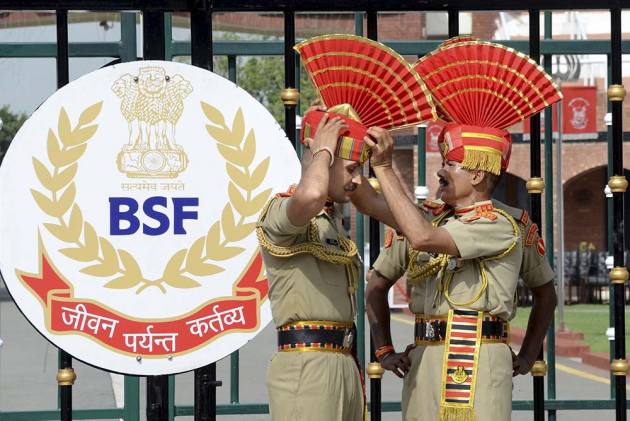 The BSF on Wednesday sought to allay the misgiving about the extension of its jurisdiction, bringing it into conflict with state police, insisting the border guarding force does not have policing powers or authority to register an FIR and investigate a case.

Additional Director General (ADG) of the force (Eastern command) Y B Khurania also trashed as "baseless" the claim of a ruling TMC MLA in West Bengal that male troopers molest women while frisking them, underlining that only women personnel body-search females. His assertions came a day after the West Bengal assembly passed a resolution against the Centre's decision to extend BSF's jurisdiction, dubbing the step as an "attack" on the country's federal structure as law and order is a state subject, becoming the second state after Punjab to do so.

Khurania said "there are "vested interests" in border areas who do not want the hands of the BSF and state police to be strengthened for managing trans-border crimes better.The powers given to the BSF are very limited. Pertaing only to acts of search, seizure and arrest. "There is synergy between state police, law enforcement agencies and BSF. We also conduct joint operations both at the border and the hinterland. Even after the notifications, the powers remain the same. There is only an extension of the jurisdiction. As before, we will continue to work in close synergy with the law enforcement agencies," he said. While touching upon the issue of alleged molestation of women in border areas, the officer asserted that "the BSF is a disciplined force, and any act of misdemeanor is not taken lightly. If proven, stringent action is taken. Whenever such an incident takes place, we order inquiries, and we also inform the police. We have zero-tolerance policy on such matters. We have "mahila praharis" in the eastern command who are used for frisking women. It's unfortunate, that such things are being said".