IPC Section 295A pertains to deliberate and malicious acts intended to outrage religious feelings of any class by insulting its religion or religious beliefs. 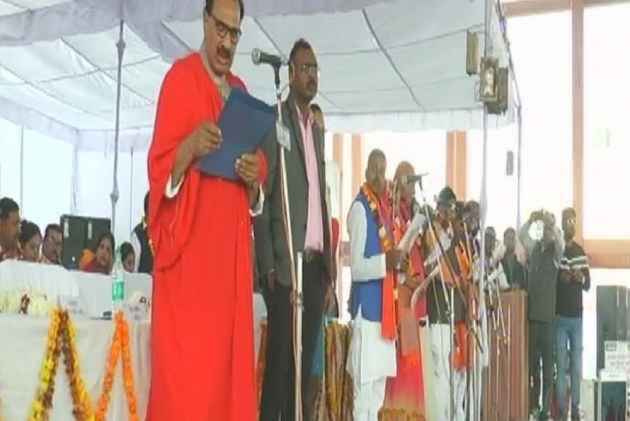 The Uttar Pradesh police booked the lone BSP corporator of the Aligarh Municipal Corporation, Musharraf Hussain, for trying to outrage religious feelings, after he insisted on taking the oath in Urdu.

The case under Section 295A of the Indian Penal Code (IPC) was registered against Hussain at the Bannadevi police station, based on a complaint filed by BJP corporator Pushpendra Singh, police station in-charge Jitendra Dikshit said.

Singh, in his complaint, alleged that the BSP corporator tried to disturb communal harmony on Monday, the day of oath- taking.

However, police were yet to register a case based on a complaint filed by Hussain, who alleged that he was beaten up on the day. Dikshit said they were looking into Hussain's complaint.

IPC Section 295A pertains to deliberate and malicious acts intended to outrage religious feelings of any class by insulting its religion or religious beliefs.

Unpleasant scenes marred the swearing-in of newly-elected members of the Aligarh Municipal Corporation on Monday after BJP corporators allegedly created a ruckus when Hussain insisted on taking the oath in Urdu. Hussain was allegedly beaten up.

Aligarh: Pandemonium broke out at Aligarh Municipal Corporation yesterday as scuffle erupted between members of BJP and BSP as one of the newly elected corporator from BSP took oath in Urdu when the newly elected Mayor Mohammad Furqan & other corporator were taking oath. pic.twitter.com/LqN6U9A7I5

Aligarh's new mayor Mohd Furqan of the BSP has appealed to the BJP to "accept defeat with grace and not fuel confrontation on emotive issues as this would derail all development work in the city".

The standoff between the BSP and the BJP showed no signs of abatement ever since the BSP's Furqan wrested the mayoral seat from the BJP, which had held the post for four successive terms, in civic elections earlier this month.