Mayawati called upon the Government does not have the moral right to celebrate Constitution Day and they need to apologize to people belonging to the marginal castes for their lackadaisical response in mitigating their grievances. 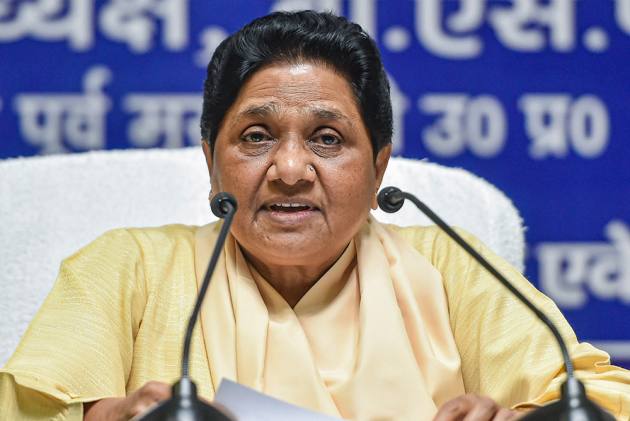 Calling upon the Central and state governments to be introspective about their actions and ponder whether they are in accordance to the spirit of the Constitution, BSP president Mayawati have announced that her party shall refrain from taking part in the Constitution day programs.

"SC, ST and OBC reservation backlog is lying in government jobs for which they are fighting on the roads. No effort has been made till now to provide reservation in private jobs. Centre and state governments are not ready to frame any law for the same," she said.

The former Uttar Pradesh chief minister said people of different communities and religions live in the country and there are laws as per the Constitution for the progress, safety and security of their lives and property which are not being followed properly by the Central and state governments. All the governments need to pay attention to it."

The BSP chief said SCs and STs should be weary of parties like the SP which, she recalled had torn a bill pertaining to reservation of SC and STs in Parliament. Parties like these can never develop these sections of society.

She also noted that on Constitution Day, the farmers' agitation against farm laws has also completed a year. "Though the three farm laws have been taken back, which is a right step, it should have been taken much earlier. The BSP wants that other important demands of the farmers should be accepted by the Centre", Mayawati said.

The BSP president also announced appointment of Rasra MLA Uma Shankar Singh as the leader of the legislature party after Shah Alam, who was occupying the post, resigned as MLA and from the party.