The broad expectations of 2019 Budget are: spur growth, keep the fiscal deficit in check and preserve government borrowing under control. 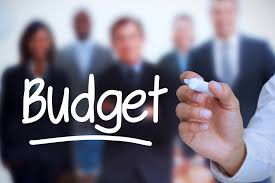 One should wonder why is there so much interest in government’s annual report card, while in most countries, the budget announcements may not even be carried on the first page of daily newspapers?

Historically, on budget day, Indian government used to announce changes, if any, in the rates of excise (on indigenous production) and customs duties (on imports). Businesses would wait with bated breath to find out whether their pleas of adjusting tax rates to their advantage have been heard by the government.

But with the implementation of GST and rates of customs duty now at internationally acceptable levels, the interest in budget announcement has dwindled significantly.

While there may be specific demands of every business sectors, the broad expectations of the industry from the budget are: spur growth, keep the fiscal deficit in check and preserve government borrowing under control. The industry expects a user-friendly budget, with quite a few policy level announcements which would help them to chalk out their investment plans.

Below are few points that elaborate on what industry expects and what the government may announce in Union Budget:

1. Ease of doing business might become easier: Businesses do not look for major dole-outs. They need less intrusion, quick resolution of disputes, adequate infrastructure and want things easier for them to function. Commonly it’s called – improve the ease of doing business. While India’s Ease of Doing Business ranking, of late, has improved, there are serious laggards which still need to be sorted out. India is still a huge foot-dragger in registering properties and enforcing contracts. The budget could throw some policy guidelines as to how these critical areas might get addressed in the near term.

2. Budget deficit may slip: The interim budget presented before the Lok Sabha elections set a fiscal deficit of 3.4% of GDP for FY20. It is expected that this could slip a bit to around 3.5% as revenue inflows are still challenged. Higher the number, greater will be the government borrowing leading to possible inflationary pressures due to slacker monetary policies.

3. Spur in rural markets: Agriculture would be a big talking point in the budget. A possible provision of short-term loans to the agriculture sector of up to Rs one lakh with complete interest holiday, provided there is prompt repayment of the principal amount. The government may announce enhanced R&D or focus on setting up of agricultural markets. The emphasis is likely to be to enable farmers to sell directly to consumers.

4. Fund and re-capitalisation of lenders: No business can run unless there are adequate funds. The debt market has gone turtles due to high NPA and recent troubles in the NBFC sector. The banks are not lending as their Balance Sheets are weak – many public sector banks need to be strengthened through infusion of capital from the government. While this will enhance the government stakes, but in the short term there is no other option. NBFC sectors needs to be strengthened, at least the ones which are triple-A rated, depicting good governance. Further, actions to create a vibrant bond market may take place.

5. Infra project permissions may become time-bound: The area where the largest quantum of banking funds is stuck is infrastructure sector. It is also one of the highest employment generators. It is expected that some policy guidelines may be made for timely clearance of infrastructure projects, like, right of way, forest and environment clearances, etc.

6. Corporate and individual tax rates unlikely to reduce: Citizens in every country desire to pay less tax. India is no different. But with the revenue situation of the government critical and the next Lok Sabha elections another five-years away, it is unlikely that the tax rates are going to be reduced.

7. Long-term capital gains may reflect some rationality: As of now, the long-term capital gains holding period is different for various asset classes – equity holding up to one year, real estate of over two years and debt of over three years. The tax rates are also different. The budget is expected to bring some rationalization, especially the recently introduced tax on equity sale of over one year at 10 per cent, though exempting up to Rs 1 lakh gain.

8. Divestment target to enhance: Government needs to privatise public sector companies. While the FY18 target was Rs 80,000 crores, it is expected that this target will be enhanced to around Rs 1 lakh crores.

9. Employment generation fillip: The budget will focus on employment creation – the biggest challenge the country is facing. The investment cycle of the country needs to be revived and India’s economic growth engine needs to gather pace once again.

10. Made in India focus: Focus on making things within the country would receive a fillip. Expectation on announcing some safe-guard duties on items which are getting imported and affecting Indian manufacturing are expected.

(Robin Banerjee is Managing Director, Caprihans I Ltd and author of Who Chaeats and How? Views expressed are personal)