How does the ultimate hypercar compare to its own ultimate version? We can’t drive them, so we'll let our imagination and the spec sheet guide us 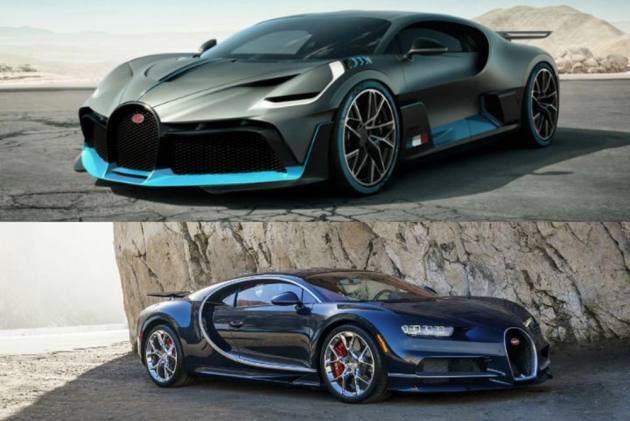 Bugatti, it seems, was not entirely pleased with the Chiron despite building a car with enough power to move the earth out of its orbit and tear a hole in the space-time continuum. It seems the engineers were hellbent on upsetting Newton’s spirit some more. The answer was really simple. Take the Chiron and make it into a racetrack-carving rocket ship. And hence, the Divo was born. Showcased at the 2018 Pebble Beach Concours d'Elegance, the Divo is the ultimate version of one of the fastest cars in the world. And what do you do when you have two very different versions of a Bugatti? You pit them against each other. On paper, at least. 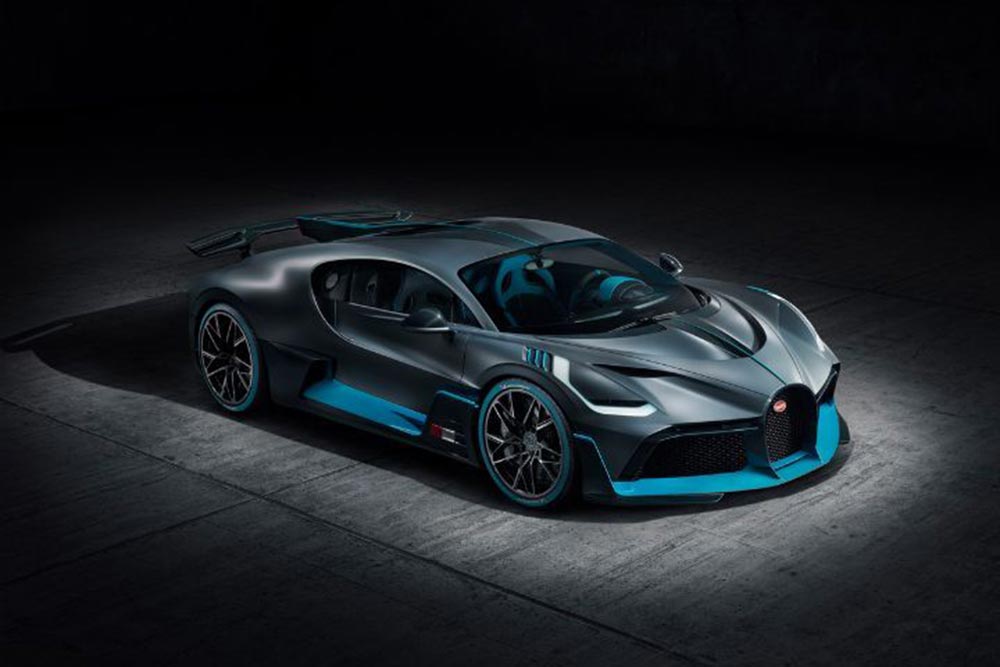 We can see you sniggering. Yes, these cars are extremely expensive. Most of us would have to sell our future generations to own either and then some more to keep them running. But there is a bright side to all this, the Chiron is the more affordable of the two and offers better value for money. 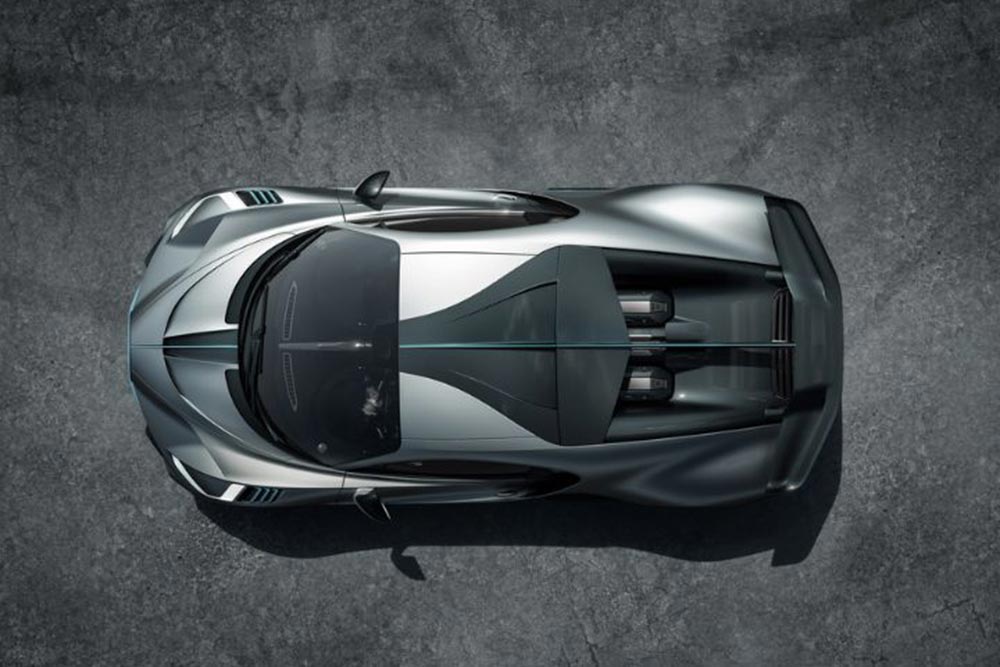 These mental creations of precision are not powered by engines, they are powered by powerplants. Both the Chiron and the Divo employ the same 8.0-litre W16 quad-turbo device of insanity which pushes out 1500PS of max power and 1600Nm of peak torque between 2000-6000rpm. 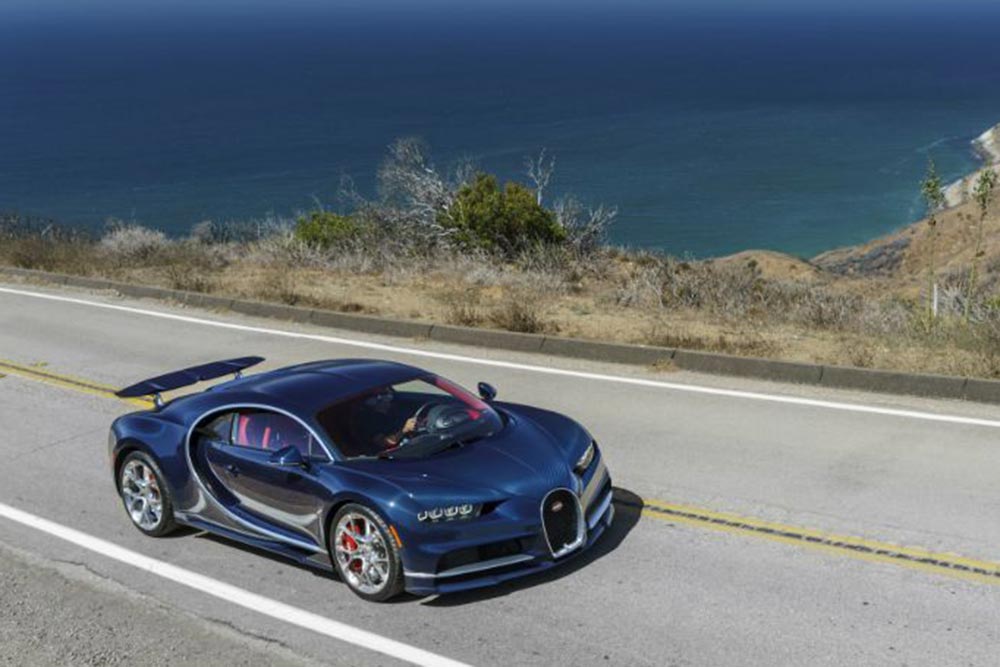 The engine is the same unit that used to power the Veyron, but has been completely reworked for the new generation of Bugattis. It utilises carbon-fibre parts even for the engine - the charge-air system is completely built from carbon-fibre. It's been lightened and features an optimised crankshaft and a titanium exhaust system. It also features a twin-stage turbo system. Only two turbochargers are engaged when the car is in the lower half of the rev-range with the full boost coming on past the 3800rpm mark. Oh, and did we mention that the turbos are 70 per cent larger than the ones on the Veyron?

The W16 is mated to a 7-speed DSG sport gearbox that drives all four wheels and also happens to have the largest clutch to ever be fitted to a production car.

Yes, the Chiron is ridiculously quick. It can manage the 0-100kmph sprint in just 2.5 seconds. But the Divo is quicker still with a 0-100kmph time of 2.4 seconds! The top speed of the Chiron stands at a mind numbing 420kmph, while the Divo, being more track focussed of the two with more emphasis on downforce, makes do with a ‘lower’ top speed of 380kmph. 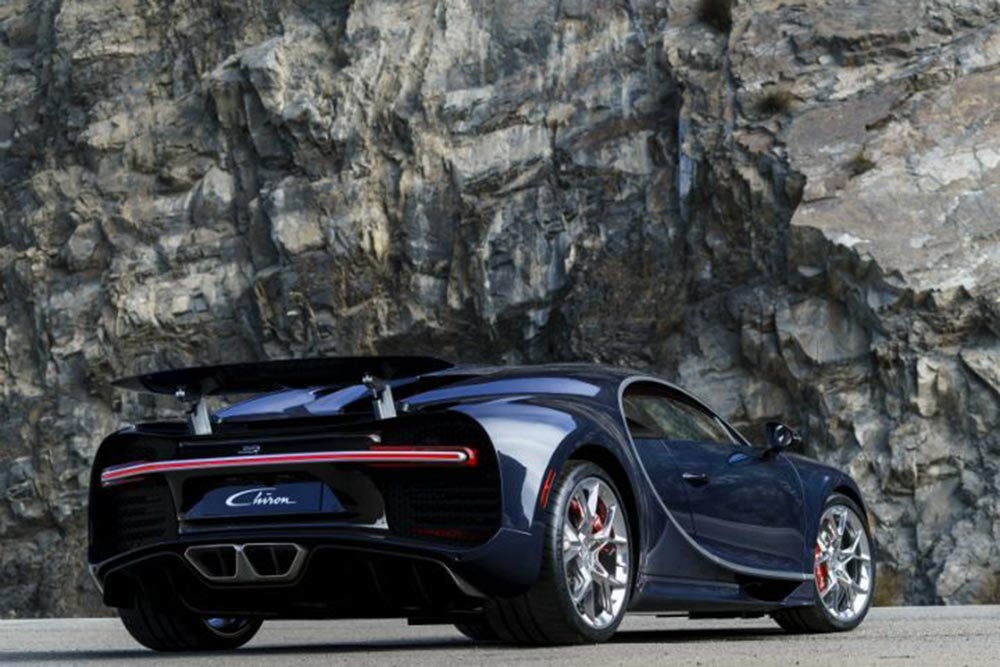 The chassis of the Chiron is made entirely out of carbon-fibre - lots and lots of it at that. In fact, it takes nearly a month and 500 man-hours to complete the monocoque. If the strands of carbon used in the chassis alone were to be stretched end to end, they would be nine times longer than the distance from the Earth to the moon. It also gives the Chiron a torsional rigidity comparable to LMP1 racecars. 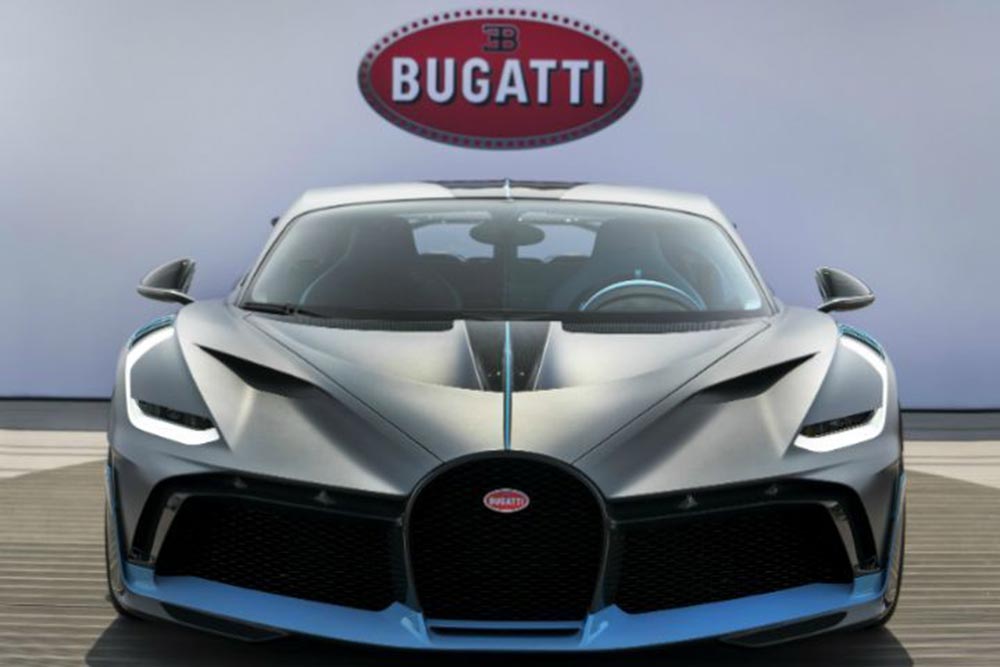 The suspension utilises a double-wishbone setup at the front and the rear, but unlike conventional cars, the Chiron’s suspension bushings are bolted directly to the monocoque for better response. As for the brakes, the Chiron uses specially built 420mm carbon-ceramic brakes at the front and 400mm units at the rear. The front brakes utilise 8-piston calipers with titanium pistons, while the rear brakes sport a 6-piston setup.

The Divo uses a heavily reworked and 35kg lighter version of the Chiron's chassis. And the suspension has been reworked as well to make the Divo even more rigid and stable around corners. As a result, the Divo has a lateral acceleration figure of 1.6G, again comparable to racecars. 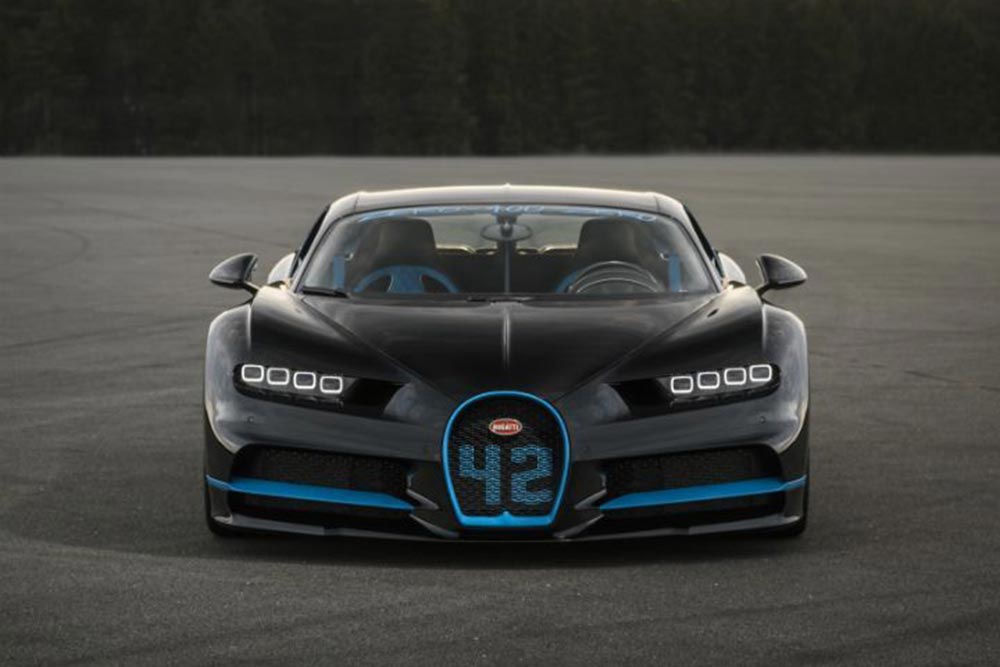 …because when it comes to these two, it’s really hard to separate one from the other. Form follows function and all that. The Chiron retains the overall shape of new-age Bugattis set by the Veyron. Yes, it is a fair bit sharper than the car it replaces, but  it is still designed to slice through the air as efficiently as possible and not dull its edge. The front grille is typical Bugatti and is flanked by two massive air dams with hydraulically operated diffuser flaps that supply air to cool the brakes and around the car to the engine cooling ducts. Even the aerodynamics of the wheel wells are optimised to reduce the turbulent air produced around the wheels.

The rear wing of the Chiron is 39 per cent wider than that of the Veyron. It has four distinct settings and can be used as an air brake, if needed. The entire aerodynamic package has been optimised to ensure the air flows around the car and most of it is fed into the engine’s air intakes. 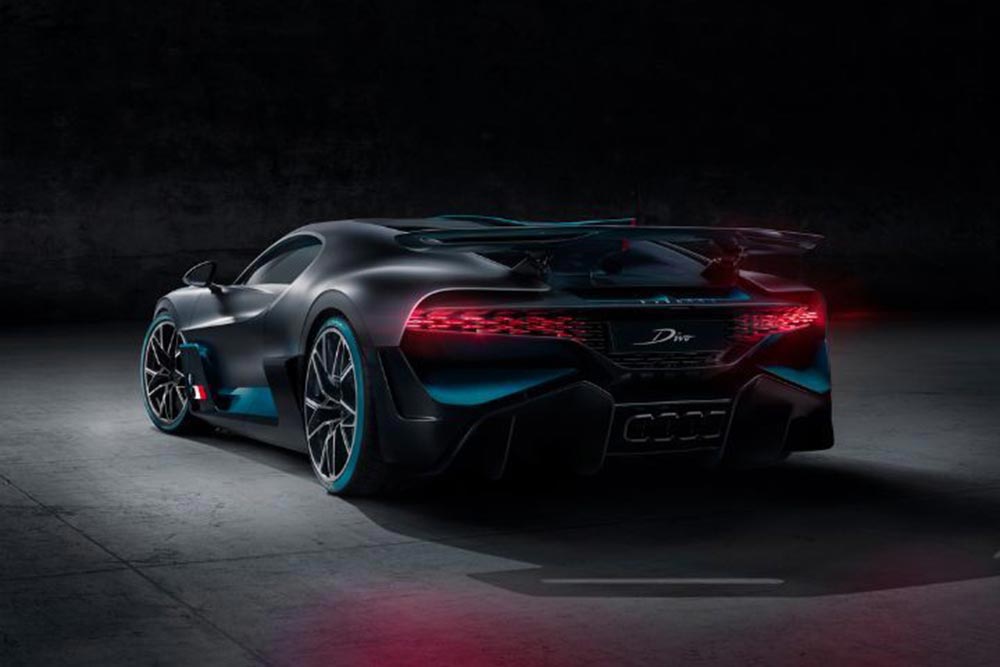 The Divo, on the other hand, begins its aerodynamic wizardry where the epitome of the Chiron’s aerodynamics end. Its front end has been completely reworked and everything has been redesigned for aerodynamic efficiency. The headlamps, for example, are only 35mm wide. A bigger splitter is housed in the front lip, which is now wider. To save weight, the front diffuser flaps are now fixed. The overall silhouette of the car is now much sharper and Bugatti has also added a roof duct to aid better airflow. The rear spoiler is bigger and 23 per cent wider than that of the Chiron. The result? 90kg of extra  downforce than the Chiron, which already makes 366kg of it!

As a result of all the modifications and redesigning, the Divo is 8 seconds faster around the Nardo test track than the car it is based on. 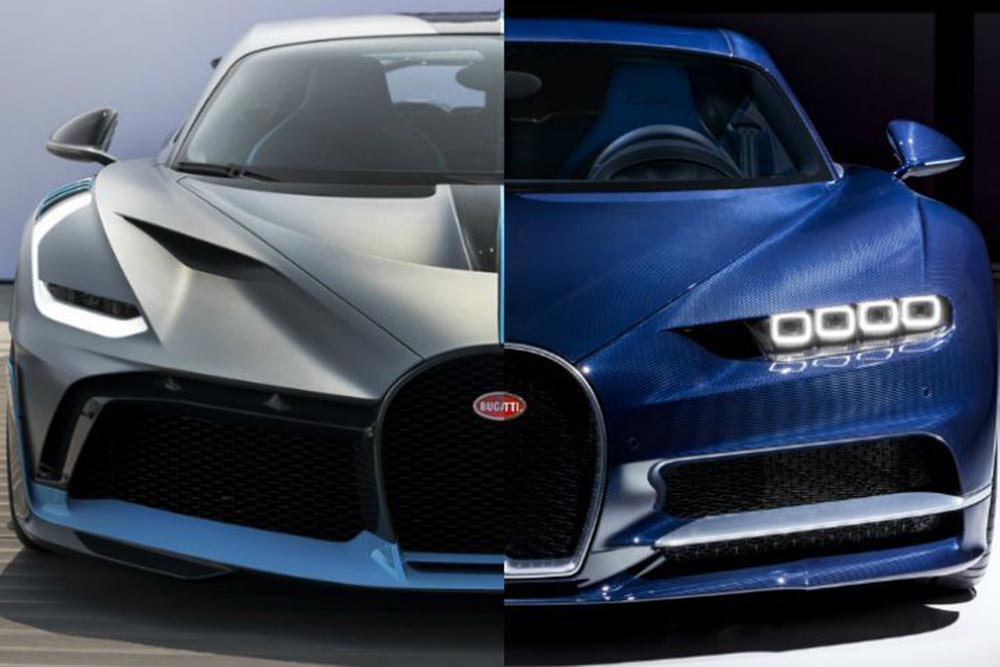 So, has the Divo scratched that part of your brain that’s telling you that you desperately want one? Well, unfortunately you can’t, because Bugatti will only produce 40 units of the Divo and all of them have been sold out. You can, however, go for the Chiron. But hurry, as it is limited to 500 units only and last we checked, over 300 units have already been sold.