Hundreds of Muslim women were listed for 'auction' on the 'Bulli Bai' app with photographs sourced without permission and doctored, and it happened for the second time in less than a year. 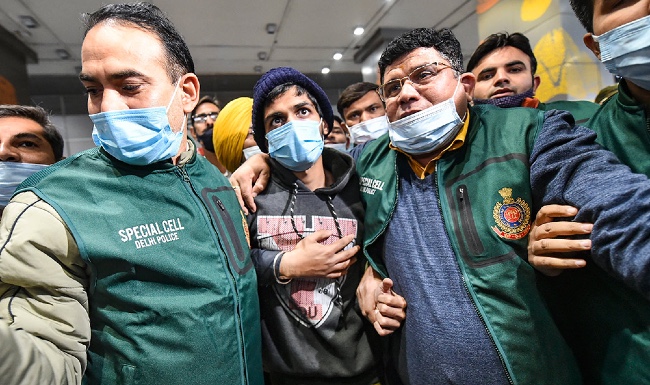 A women lawyers' body on Friday wrote to Chief Justice of India (CJI) NV Ramana seeking a direction to the Centre and state governments to ensure that minority community members enjoy right to life with dignity and to order a time-bound probe into 'Sulli deals' and 'Bulli Bai' app controversy.

In a letter, members of the Delhi High Court Women Lawyers Forum (DHCWLF) highlighted the failure of the central and state governments to secure the minority communities in India, their fundamental right to life with dignity and safety, and sought to put in place preventive guidelines to ensure accountability of law enforcement agencies.

More humiliating than the existence of the apps themselves is the sheer audacity of some cowardly minds to attempt something like this, twice, publicly, encouraged by bigotry openly being expressed among the common public and lack of action by police and judiciary, it said. "Auctioning women online, from a particular community, not once but twice, is not only a criminal offence, but it also deprives people of their right to life with dignity. People are losing faith in the independence of investigative agencies and the lack of deprecation by the government is worrisome," the plea endorsed by 77 members of DHCWLF stated.

The events of the past few years have indicated that the State has failed in its obligation to secure the fundamental right to life with dignity towards the minority communities in India, the plea read.

"We appeal to the CJI and his companion judges to treat our letter, as a letter petition, highlighting the failure of the law enforcement agencies, central and state governments to secure to the minority communities in India, their fundamental right to life with dignity and safety guaranteed by Article 21 of the Constitution of India and to put in place preventive guidelines to ensure accountability of law enforcement agencies and for preventive actions so that these incidents never occur again," it added.

The women lawyers put forth six requests before the Chief Justice of India, including directions to district magistrates and superintendents of police of every district to prevent the vilification of minorities, spread of fake news about them, and calls for genocide against the minority community. Secondly, they sought directions to the central and state governments to secure and ensure to the members of the minority community an atmosphere within which they can enjoy their right to life with dignity and security.

"Strictly prohibiting the auctions of human beings like inanimate objects," the forum prayed to the CJI. The lawyers' forum also sought monitoring of the criminal investigation being conducted by Mumbai Police and ensure that it is carried out into the 'Sulli deals' and 'Bulli Bai' app incidences, including a probe into the sources of funding, the money trail, and handlers who set up the app.

"Draw up the chargesheet with all relevant sections including, if needed Section 120 (criminal conspiracy) IPC. The Supreme Court may direct a time-bound investigation," DHCWLF members further requested. The lawyers' forum said there has been a growing threat of violence and humiliation targeted towards the minority community, "especially because there appears to be a deafening silence from the central and state governments to unambiguously deprecate the same and tardy to little too late action by the law enforcement machinery".

It further added that the 'Bulli Bai' app happened as no one was punished for 'Sulli deals'. "Although FIRs had been previously registered in the matter of 'Sulli deals', no one was arrested and the investigation has been a non-starter, in the same," the forum stated in the plea. The letter stated that the lack of action in the 'Sulli deals' case emboldened the culprits to use pictures of free-thinking women who are considered independent with dissenting voices.

It further highlighted that the spouse of a sitting judge of a high court is included in the list of women on the app, which it asserted "exemplifying the sense of impunity that the culprits have that they are above the law". "This amounts to a grave attack on the independence of the judiciary and may have a chilling effect on the ability of other Muslims to take up the position of being judges of the high court and other courts. Already Muslims are disproportionately represented in the judiciary and this may make matters worse," the petition added.