'Bulli Bai Has Made Us Numb': Kashmiri Women Journalists On Their 'Online Auction'

The 'Bulli Bai' incident has left Muslim women across the country stunned. Outlook spoke to several journalists in Kashmir who were victims of the app on what they felt after being up on 'sale' for a fake online auction. 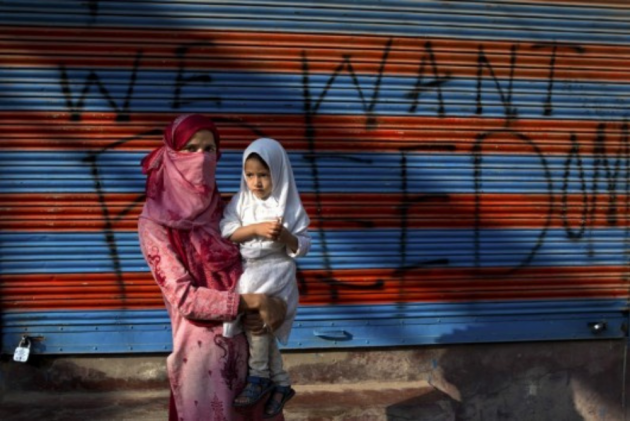 On New Year's day, Kashmir resident and journalist Quratulain Rehbar got a frantic phone call from a friend living in Delhi.  She spoke in a low voice and cried. She had seen a screenshot of the Bulli Bai app listings doing the rounds and found Rehbar's name and photograph on it. "She couldn't believe her eyes when she found me on the app. I was travelling back home at the time and didn't say to her anything. At home, I avoided family members for a few hours. I wasn't able to process what had just happened,” Rehbar tells Outlook.

“To be honest, I wasn't hurt. I was numb. I had never thought I'll ever be in any sort of controversy. I maintain a very low profile and have always wanted to just focus on my work,” says Rehbar.

Her photograph is among those of more than 100 Muslim women that were displayed on an app called 'Bulli Bai'. The women were put up on "sale" on the app for a fake online auction.

In July last year, a similar app named "Sulli Deals" had surfaced which put up 80 Muslim women for "auction". Despite FIRs and outrage at the time, “Bulli Bai” seems to be a second such attempt to malign prominent Muslim women in India, including journalists and activists.  Both ‘Bulli’ and ‘Sulli’ are derogatory words used for Muslim women in local slang.

Rehbar, who had previously reported on the “Sulli Deals” auction in July last year, tells Outlook, “This time I decided to talk about it because I heard few more names from Kashmir had been added to the list. I wanted to ensure the victims knew that there is no shame or disgrace. We are strong and we will fight back.”

Rehbar adds that she wanted to send a "strong message" to the perpetrators. "I will not let them use my identity as a Muslim to silence me," she says.

The journalist adds that she was wary of speaking to the media because she did not want to be the centre of attention. "But I think now everyone knows about it and it's unavoidable," she adds.

Trolling and online abuse on social media is not new to Rehbar and other Kashmiri journalists like her who often have to face a polarised and hostile environment online despite being prominent in their own fields. The incidents, however, have had an impact on her social media usage as well.

"I've deleted my Instagram for some time and minimised using Twitter," Rehbar says. However, as a journalist, Rehbar feels she has a responsibility toward other women. "I feel there are women who need hope. Even if I wasn't on the list, I would have written about it again,” says Rehbar.

Yet another journalist from Kashmir, Ruwa Shah says she had to Google "Bulli Bai" to find out what happened two days when a friend from Kashmir called her and informed her she was on the list. “She said she was sorry that my name was on the list. I said, what list? She said Bulli Deals and I had to Google it to see what is going on as I away from social media from some time,” says Shah. “I was depressed about it and then I tweeted about. I wrote, I have become news," Shah recalls.

The journalist says she is not new to trolling but the "Bulli App" was shocking and depressing. “I was doing an online show earlier. I was being trolled like anything. The trolls would abuse me and my family members. Some accounts would first express sympathy and then start trolling. But I would never pay attention to it,” she says.

“I thought trolling is common to Kashmiris. We suffer so much in our real life that we don’t give too much attention to the trolling. But after "Bulli Deals" controversy, I have realised it is depressing and shocking and also threatening,” says Shah. The journalist says her picture which they had put on the list was never her display picture in her social media accounts. “It is my author profile picture which goes with the stories I write as a freelancer".

Another Kashmiri journalist, whose name is on the list, says, "I sent a solidarity message to one of the victims of online auction and in turn got to know my name and picture was also on it. It was just three days ago. She wasn't sure though. Then I contacted another friend who helped me and sent me the screenshots to confirm that it indeed was me,” she tells Outlook on condition on anonymity.

After several run-ins with the right-wing troll factory, the scribe says she wasn't surprised to find her name on the app. "But I have not been very active on social media lately so I wonder what I did to be on the "list". They needed a Muslim name and here I was," she says adding that after so much trolling, one develops a thick skin for even such "horrid things".

She says she had to shut down her social media accounts many times previously just because “right-wing trolls and people associated with the ruling party” don't like what she writes on social media or otherwise.

As a Kashmiri Muslim, the journalist felt that women here were facing a double-edged sword where even security forces don't appear to be of help. In 2020, during the peak of the first wave of the Covid-19 pandemic, one of her social media posts attracted trolling for months. “I did not delete pictures, but yes, I have slowed down. It takes a toll on you ultimately and you ask yourself: is it all worth it? I mean, all this affects your family also and they fear for your safety. So at times, you just take a step back and go away from the online madness to regain those bits of sanity for your own peace,” she adds.