With RIL chairman Mukesh Ambani facing political and other attacks in India, the news of the family moving abroad seemed credible. 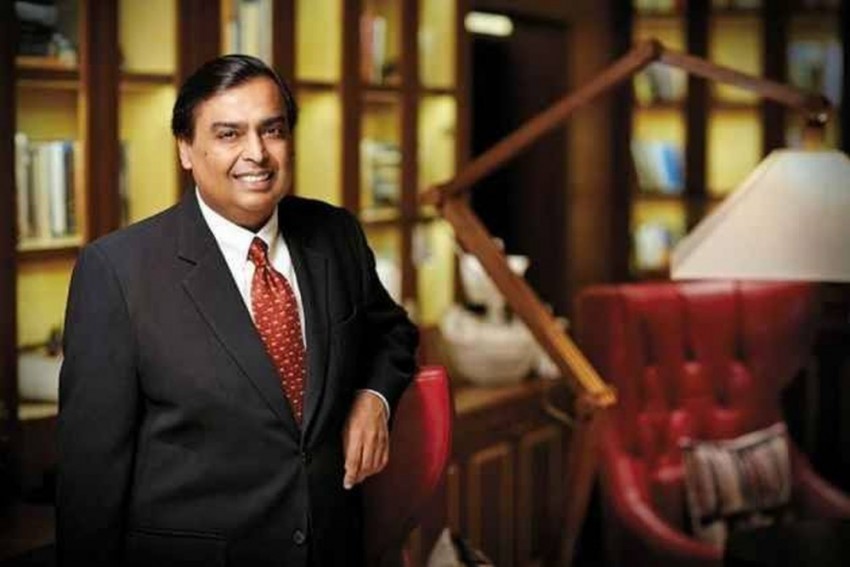 The news of Asia’s richest man and Reliance Industries Limited (RIL) chairman, Mukesh Ambani, supposedly shifting out of India with his family to recently purchased Stoke Park estate in London took everyone by shock and surprise. The report had suggested that the Ambanis celebrated this Diwali in the new house, and they will soon be dividing time between their Mumbai and London homes.

But following a tweetstorm, where netizens suggested that Ambani moving out of India would amount to the flight of capital from the country, RIL issued a statement, dismissing all the rumours about the Ambani family choosing London over India.

“A recent report in a newspaper led to unwarranted speculation in social media regarding Ambani family’s plans to partly reside in Stoke Park, London. RIL will like to clarify that the chairman and his family have no plans whatsoever to relocate or reside in London or anywhere else," the statement issued by RIL on November 6 said.

The Ambani family is part of business folklore in India, with their father, Dhirubhai Ambani, representing the quintessential rags to riches story.

So, what made people believe that Ambani, who recently entered the $100 billion personal wealth club and is in the race to become the world’s richest man, will leave India?

There were several reasons that made the news of the Ambani family shifting out of India sound credible. We list out the most important ones.

A recent Global Wealth Migration Review report revealed that nearly 5,000 millionaires or 2 per cent of India’s total number of HNIs left the country in 2020. India topped the list for the year and was second in the previous year. Since India does not allow dual citizenship, staying in more developed nations requires giving up the Indian passport.

This is happening at a time when the ruling party and the opposition are engaged in a fierce debate defining the idea of patriotism, with one side calling the other less patriotic or even traitors on seemingly innocuous foreign trips.

The chairman of India’s oldest political party, Sonia Gandhi, is often accused of having allegiance towards Italy, the country of her birth, by the politicians of the ruling Bharatiya Janata Party (BJP).

The Ambani family, since 2014 has been under attack by two political parties—Aam Aadmi Party (AAP) and the Congress.

In 2014, Delhi Chief Minister Arvind Kejriwal had ordered the state’s anti-corruption wing to register a case against Mukesh Ambani along with former oil minister Veerappa Moily, in the case of windfall gains to RIL due to the United Progressive Alliance (UPA) government’s decision to double the price of natural gas in the country.

While nothing happened against Ambani all these years, Rahul Gandhi, who leads the Congress, has kept the Ambanis and Adanis at the centre of his political jibes targeted at Prime Minister Narendra Modi. Gandhi has been accusing Modi of framing each policy to benefit only Ambani, Adani and a few other businessmen in the country since he became the prime minister of India in 2014. Gandhi’s famous jibe ‘Suit Boot Ki Sarkar’, made in his Parliamentary debate in 2015, forced the Modi government to delay the idea of corporate tax reduction by four years, according to former chief economic advisor Arvind Subramanian.

In a country where businessmen’s fortunes rise and fall along with that of political parties, Ambani becoming the centre of politics for the country’s main opposition party is a cause for concern.

Earlier this year, a car with 20 explosive gelatin sticks and a threat letter was found outside Mukesh Ambani’s Mumbai residence 'Antilia'. The case became complicated after the owner of the car, a Thane-based businessman Mansukh Hiren, was found dead a week later.

What caused even bigger ripples in the country was the arrest of Mumbai’s famous encounter specialist, Sachin Vaze, by the National Investigative Agency. He was accused to be the mastermind of the bomb scare. Vaze was in charge of the investigation in the case before getting arrested.

In 2019, the Income Tax Department's Mumbai unit served notices to the entire Ambani family, including Mukesh Ambani, his wife Nita Ambani and their three children. The notices were served on March 28, 2019, under the Black Money Act, for their "undisclosed foreign income and assets", according to a report by The Indian Express.

While RIL denied the claims in a statement, it’s important to note that in 2011, an expose by the same newspaper, had claimed that several top businessmen, including Mukesh Ambani, were holders of undisclosed foreign accounts. While having a foreign bank account is not illegal, the report had claimed that the account holders in the HSBC expose had not disclosed the assets they held abroad.

A widely held custom among the Indian Hindu business community is to celebrate Diwali in their own homes. In case of multiple houses, this festival is celebrated at the primary family residence, a custom that symbolises attempts to ensure the goddess of wealth or Lakshmi stays at home. What made the Ambani rumour credible was the fact that the family was said to have spent Diwali at their newly acquired London residence. So, is the London residence becoming their permanent home? Netizens conjectured.

While the Ambanis have denied the claim of them shifting their base to London in their newly purchased mansion, India will keep an eye on how much time the Ambani family spends in London in the years to come.