Finance Minister Nirmala Sitharaman of the 61 companies which debuted on the bourses until October this year, 34 were small and medium enterprises. 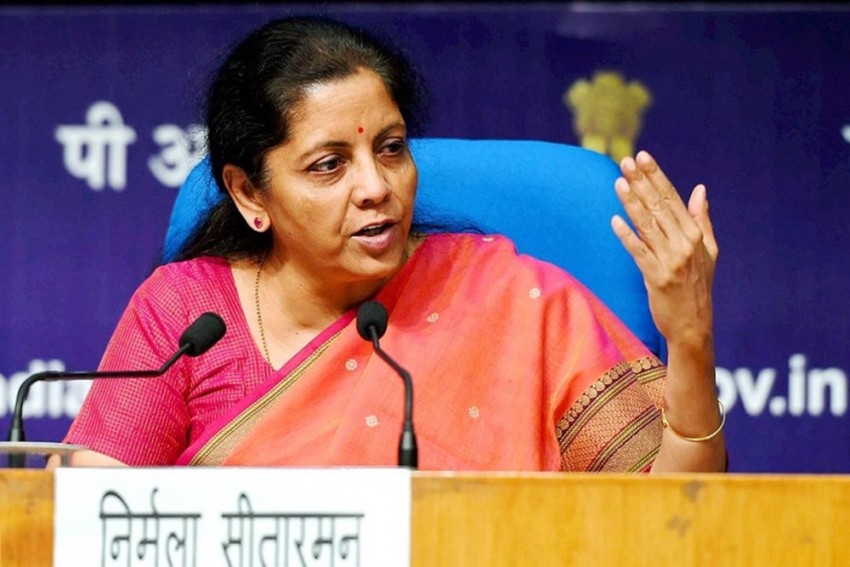 Finance Minister Nirmala Sitharaman informed Lok Sabha on Monday that 61 companies have raised a total of Rs 52,759 crore from initial public offerings till October this year.  She mentioned that this is higher than the funds mopped up through this route in the previous financial year.

According to the Finance Minister, of the 61 markets that debuted on bourses till October, 34 entities were small and medium enterprises (SMEs). The Finance Minister added that a large number of manufacturing and service sector companies were coming up for listing.

The minister, citing markets regulator Securities and Exchange Board of India (SEBI)'s data, informed the Lok Sabha that 56 companies garnered Rs 31,060 crore from IPOs in the previous fiscal. Of which, 27 were SMEs, she added.

The Finance Minister was asked a supplementary question on whether the fintech platform Paytm's IPO had caused problems for investors. She replied in negative.

First of all, there is an impression that the IPO of One97 Communications has caused problems for investors, but no problems have been caused for them, the minister said. "It (IPO) was subscribed more than what they (company) went for," she pointed out.

The IPO of One97 Communications received bids for 9.14 crore equity shares against the offer size of 4.83 crore shares, according to information available with stock exchanges on November 10. The price band was fixed at Rs 2,080-2,150 per share. The Rs 18,300 crore IPO was oversubscribed 1.89 times on the last day of India's biggest share sale.

The scrip, however, made a weak debut on the stock exchanges on November 18 and had tumbled over 27 per cent during the day from the issue price of Rs 2,150.

Replying to a question related to strengthening the infrastructure of trading platforms from the point of view of the cyber domain, Sitharaman stated that many steps have been taken by all the concerned institutions. "There are very many checks and balances and plan B, which are in place as a result of which I feel that measures are taken (in a) timely (manner)... they are also taken by institutions with periodic trial and error kind of method," she stated.

The Finance Minister stated that she has been assured by the SEBI, NSE and BSE that all precautions are being taken. In each periodic review, if there is a need to strengthen any mechanism so as to ensure it is digitally safeguarded is taking place.