As Gold, Silver Prices Skyrocket, A Look At Factors Contributing To The Boom

Prices of gold and silver have moved skywards. But who is buying the precious metals – speculators, customers, or risk-averse investors? 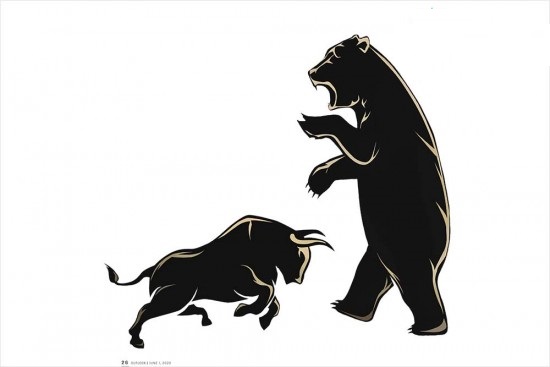 This is the second part of the four-part series on investments. You can read the first part here.

For risk-averse investors, it is the safest option during any crisis. Consumers are caught in a bind. Those who have to buy for the forthcoming festive season and marriages, wish to do so now before prices shoot up further. Those who can afford to wait want to postpone purchases. The speculators hope to make a killing before the opportunity runs out. These, in essence, describe the moods of gold buyers.

Apart from emotions and sentiments, the bullion prices are driven by a number of economic factors. A slump in the prices of other asset categories, like stocks, and expectations of lower returns from debt forced people to seek refuge in gold and silver. The demand-supply mismatch aided the resurgence – demand dwindled, but so did supply. A falling dollar hastened the shift towards bullion.

Globally, gold prices surged by 11% in July, the largest monthly gain since 2012. In India, they sizzled by almost 25% to Rs 52,400 per 10 grams in the past four months. Optimists feel that it will touch Rs 58,000 first, and then breach the Rs 65,000 mark. “Gold and silver are the best performing assets, with returns of 40% and 50%, respectively, this year,” says Kishore Narne of Motilal Oswal Financial Services.

However, as we mentioned earlier, different categories of buyers contributed differently to the boom. Instead of buying physical gold, investors tended to opt for instruments like Gold ETFs (exchange traded funds) and SPDR Gold holdings, whose underlying assets are made up of gold. ETFs witnessed an inflow of Rs 1,546 crore in May and June this year. SPDR holdings saw a hike of 5.3% in July.

“This is a natural hedge, which is preferred by investors during uncertain times,” says Rahul Gupta of Emkay Global Financial Services. This crisis is different from the past financial crises, and will continue to rattle the people unless a vaccine hit the market, and is available in abundant numbers at cheap prices. Hence, the trend to own gold in the form of paper is likely to continue in the short term.

As long as the speculators see an upside, or even a consistent downside, they will hover around like hawks to get their pounds of the flesh. More importantly, if they can buy “paper gold”, rather than take physical supplies, the aggressive risk-takers will leave no stone upturned to increase their profits. The same mindset is evident in other asset categories like stocks and commodities.

This leaves us with the genuine buyers, i.e. the customers who wish to buy physical gold for a purpose, and hold it for longer periods. This section is more crucial because they will determine the future prospects of bullion, as they get ready to either buy or postpone their purchases during the forthcoming festival season (September-January). At present, there are no concrete signs about their decisions.

Narne feels that people are inclined to buy gold coins and gold bars, and shun jewellery. Mumbai-based Vibhor Sahni, whose family may postpone a wedding scheduled for December 2020, agrees. “With gold prices skyrocketing, our budget will go for a toss. Our jeweller said that the prices of finished jewellery would touch Rs 68,000 per 10 grams in September, or an increase of over Rs 20,000 in five months.”

The experiences of Snehal Choksey, Director, Shobha Shringar Jewellers, were different. “The overall ratio in our sales was 70% jewellery, and 30% gold bars,” he says. More importantly, he adds that most of the people who came to their outlets were serious customers, and not those who had strayed for casual shopping. This is true – if a person walks into jewellery shop now, she has already made up her mind to buy.

However, at the same time, people have sold or mortgaged their gold holdings to take advantage of the high prices. These include families, where the major earner lost her job, or they needed cash for health and other emergencies. The rising business reflected in the zooming stock prices of companies that specialise in gold mortgages. “I had no option. I was desperate for cash,” says a Delhi-based seller.

Given the global economic crisis, and severe constraints in supplies, and contradictions in retail demand, their imbalance impacted gold prices. Experts contend that fresh supplies were almost nil until June and July, and the only precious metal that entered the market was in the recycled category. Hence, despite a slump in demand, prices shot up. Clearly, the scenario can change rapidly over the next few months.

Speculators and investors will keep a watch on the movements in dollar, which has fallen against a few currencies in the recent past. “The currency has come under pressure amid worries over that the US economy may underperform its developed peers,” stated a note by Kotak Securities. They will also monitor the returns on US Treasuries – if they slip, they will be a further jump towards bullion.

Trump Admin Considering Crackdown On Chinese Companies Listed In US