The IMF's outlook comes days after a World Bank report pegged India's growth rate in FY 2019-20 at 6 per cent, and the Reserve Bank of India's latest downward revision to 6.1 per cent. 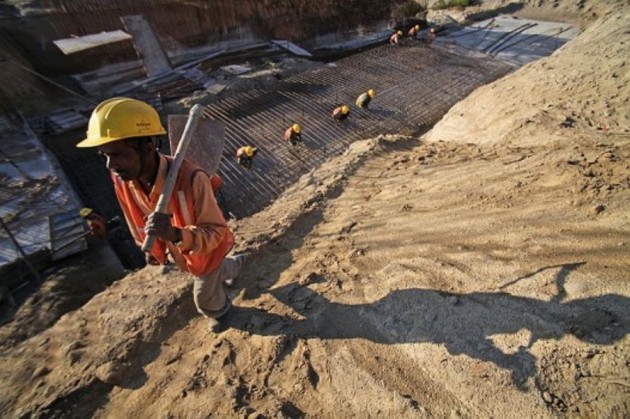 The outlook for the Indian economy for the current fiscal seems to get bleaker by the day as major economic forums and institutions have of late revised the country's GDP forecast downwards, with the International Monetary Fund (IMF) being the latest in the fray.

The IMF in its World Economic Outlook released on Tuesday cut its forecast for GDP growth for financial year 2019-20 to 6 per cent, a sharp revision from its previous outlook of 7 per cent growth, released in July.

It also reduced the growth forecast for the next fiscal by 0.2 percentage points to 7 per cent.

The report, however, added that growth will be supported by the "lagged effects" of monetary policy easing, a reduction in corporate income tax rates and recent measures to address corporate and environmental regulations.

The IMF's outlook comes days after a World Bank report pegged India's growth rate in FY 2019-20 at 6 per cent, and the Reserve Bank of India's latest downward revision to 6.1 per cent.

It further observed that monetary policy and broad-based structural reforms should be used to address cyclical weakness and strengthen confidence in India. A credible fiscal consolidation path is needed to bring down India's elevated public debt over the medium term, it added.

"This should be supported by subsidy-spending rationalisation and tax base enhancing measures. Governance of public sector banks and the efficiency of their credit allocation needs strengthening, and the public sector's role in the financial system needs to be reduced."

Reforms to hiring and dismissal regulations would help incentivise job creation and absorb the country's large demographic dividend, the IMF said, adding that land reforms should also be enhanced to encourage and expedite infrastructure development.

The IMF's global outlook, also weakened as it projected the world economy to grow at 3.0 per cent in 2019, 0.2 percentage point lower than its previous estimate.

"The world economy is projected to grow at 3.0 percent in 2019 a significant drop from 2017-18 for emerging market and developing economies as well as advanced economies -- before recovering to 3.4 percent in 2020," the IMF's outlook said.

It, however, projected a a slightly higher global growth rate for the period of 2021-24.

"This global growth pattern reflects a major downturn and projected recovery in a group of emerging market economies. By contrast, growth is expected to moderate into 2020 and beyond for a group of systemic economies comprising the United States, euro area, China, and Japan, which together account for close to half of global GDP."