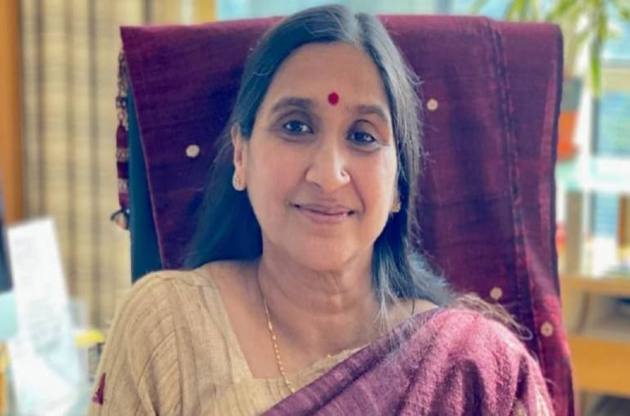 Alka Mittal has been appointed an interim chairman and managing director of Oil and Natural Gas Corporation (ONGC) - the first woman to head the country's largest oil and gas producer.

"The Appointments Committee of the Cabinet (ACC) has approved the proposal of the Ministry of Petroleum and Natural Gas for entrustment of an additional charge of the post of Chairman and Managing Director (CMD), ONGC to Alka Mittal, Director (HR), ONGC for a period of six months with effect from January 1, 2022, or till the appointment of a regular incumbent to the post, or until further order, whichever is the earliest," the Department of Personnel and Training (DoPT) said in an order dated January 3, 2022.

A post-graduate in economics and a doctorate in commerce, Mittal had broken the glass ceiling in ONGC by becoming the first woman to join the company's board on November 27, 2018.

Kumar, who was Director-Finance of ONGC and has been since April last year holding the additional charge of chairman and managing director, superannuated on December 31, 2021, ONGC had said in a stock exchange filing last week.

"Anurag Sharma, Director (Onshore) has been entrusted with an additional charge of the post of Director (Finance) with effect from January 1, 2022," the company had said citing a December 28, 2021 order of the Ministry of Petroleum and Natural Gas to this effect.

ONGC's last full-time head Shashi Shanker retired on March 31, 2021, and as his replacement was not selected Kumar, who was the senior-most director on the board, was given additional charge.

Government head-hunter PESB on June 4, 2021, interviewed candidates to select a replacement for Shanker but did not find anyone suitable from nine candidates, including two serving IAS officers.

The PESB interviewed 9 out of the 10 candidates who had applied for the post of CMD of ONGC.

"Keeping in view the strategic importance and vision for the company and its future, the Board did not recommend any candidate and decided to constitute a Search Committee," PESB had said in notice after interviews.

The Search Committee hasn't been so far constituted and so a full-time replacement is unlikely to be appointed anytime soon.

Once the panel is constituted, applications will be sought, which could take anywhere between one to two months. Thereafter interviews would be held and a candidate found suitable would be sent to the government for vetting and appointment.

The ACC will take a call on the appointment after getting clearance from the anti-corruption bodies like CVC and CBI, a process that takes at least 3-4 months.