All Eyes On Lithium

Lithium and its abundance or lack thereof are at the heart of the world’s pressing focus to shift to cleaner energy forms. 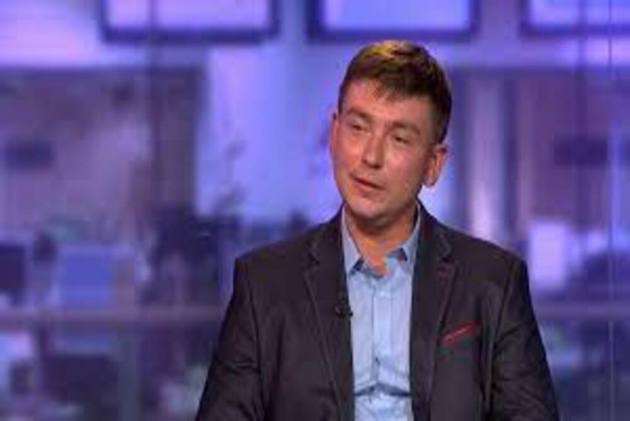 In this chat with Outlook Business, Lukasz Bednarski, author of “Lithium: The Global Race for Battery Dominance and the New Energy Revolution” talks about the scramble for lithium and its geopolitics, why businesses are now waking up to domestic battery production and the concerns that have emerged about extraction of the metal.

Lukasz Bednarski’s book “Lithium: The Global Race for Battery Dominance and the New Energy Revolution” begins thus: "If you look at the periodic table, lithium takes the third place out of 118 elements. This hardly seems a compelling reason to read a book about it. But despite its simplicity, with only three protons, this metal is redefining the way we think about energy in the twenty-first century.”

Lithium and its abundance or lack thereof are at the heart of the world’s pressing focus to shift to cleaner energy forms. As the world graduates to electric vehicles from conventional fuel-driven ones, global demand for lithium-ion batteries have shot up. Within a year, the largest producers of the metal went on to being bullish about the demand for the metal in the short, medium, and long term, from being cautious about expansion projects and bearish about prices. Metal is a key component in battery manufacturing.

The metal, indeed, is at the centre of multiple things today, with everything from electric vehicles to our phones relying on lithium-ion batteries.  With increasing demand, a scramble for the metal has seen its prices shooting up, new projects emerging every day and a feared supply crunch in the years to come. In India itself, lithium has been a buzzword. Earlier this year, the government introduced production-linked incentives for the production of lithium-ion batteries. Biggies such as Reliance have already announced plans to set up manufacturing plants, while smaller names are joining the bandwagon too.

In this chat with Outlook Business, the author talks about the scramble for lithium and its geopolitics, why businesses are now waking up to domestic battery production and the concerns that have emerged about the extraction of the metal.

At the centre of Bednarski's book is the growing scramble for lithium, one which he believes resembles the scramble for oil in the 20th century. Bednarski-a battery materials analyst, founder of the lithium industry portal Lithium Today and a former commodity trader- says:

"The idea of lithium being the new oil was an idea that drove this book. When writing it I was trying to look for the parallels between the development of the lithium market and the development of the oil market in the past. If you look at geopolitics, the scramble at first to secure oil resources and later on to maintain them was prevalent in the last century."

In a similar scramble for lithium, it is China that has emerged as the leader, for now, dominating the world’s lithium supply chain. China’s success results from its large domestic battery demand, 72GWh, and control of 80% of the world’s raw material refining, 77% of the world’s cell capacity and 60% of the world’s component manufacturing, according to data from Bloomberg NEF.

Though the industry remains bullish about lithium in the coming years, experts and analysts fear that even a robust project pipeline might fall short of meeting the demand for the metal for transitioning into cleaner fuel space. A possible resource crunch in the future has resulted in all major global players scrambling to mine lithium. The environmental concerns of indiscriminate mining notwithstanding.

At the time when the world was securing oil resources and the biggest oil companies were being created, China missed the bus, but learned its lessons, Bednarski says.

“They saw this new electric industry coming and this new battery economy coming. And they saw it as an opportunity to position themselves as a leader”.

Coming behind China are Japan and South Korea, which are leaders in battery and components manufacturing, but lag in refining and mining of lithium. Other major lithium producers include Australia, Chile and Argentina. While Europe and the U.S. are now beginning to look at ways to increase domestic production or sourcing of the critical metal, they still have a long way to go.

“I think in the rich economies of the European Union and the United States... leaders in business and politics woke up quite late to this opportunity. For a very long time, they were thinking that batteries are a commodity and so we shouldn't produce them at home. We can work at the development of the R&D process, but the production itself should happen in the countries where the inputs are cheaper”,  Bednarski points out.

However, as time passed, people started to realize a few things, he says. Concerns about the security of supply have increased, especially in the wake of the U.S.-China trade war and escalating geopolitical tensions between China and Western countries, leading to a realization of a need for self-reliance and reduction of dependence on imports. As a Fitch report points out: “The ongoing de-globalization trend and rising efforts to localize supply chains to some extent mean that governments are likely to increase local raw material supply”. This has resulted in western leaders jump-starting the idea to develop battery plants locally.

The second factor was the shift of the automotive industry in the direction of electric vehicles, as an increasing climate consciousness has driven up the demand for EVs in Europe and the U.S. A report by the International Energy Agency showed that about 3 million new electric cars were registered in 2020. For the first time, Europe led with 1.4 million new registrations, while China had 1.2 million and the U.S. 295 000. As a result of the growing demand, automotive companies are looking to rely more on domestic production to improve deliveries and specifications.

In India too, a similar push for domestic production is taking place. In May, the government approved a production-linked incentive scheme with an outlay of âÂÂ¹18,000 crore to promote the manufacturing, export and storage of lithium-ion cells in the country. Domestic firms such as Tata Chemicals, Reliance Industries and Amara Raja Batteries have already announced plans to set up manufacturing plants, and several others are expected to enter the space as well.

To tackle the concern about cleaner forms of energy, the world should not be creating a Frankenstein that could usurp the original purpose of focusing on cleaner fuels.

With all its potential to power the next phase of clean energy and mobility transition, concerns linger around the environmental and sociological impact of lithium mining. There have been several protests across the U.S. and Europe around proposed mines. According to the Institute For Energy Research, the lithium extraction process uses a lot of water—approximately 500,000 gallons per metric ton of the metal. In India too, units of a proposed manufacturing facility of Amara Raja in Andhra Pradesh have been suspended for violating pollution norms. However, Bednarski argues that the issues must be looked at in a context relative to other mining and energy alternatives.

"It has an impact on the environment pretty much at the same level as most other mining activities have. Of course, we need to do everything that we can to stop climate change. But you know, our civilization is based on the elements that we get from the ground, right? So we cannot stop it because then we would not be able to produce anything."

What about recycling the batteries as a proposed alternative? To that, the author responds that technology is not yet at the stage where we could replace all the mining in the world by recycling.

"Maybe a few 100 years from now, it will become possible to rely primarily on the recycling of the metals that we already have there. But now it's not possible."

(The promoters of Outlook Group own Exide Industries Limited)