2021 turned out to be the most spectacular year for the Indian startup ecosystem, helping it attract billions of investments and churning out a record 42 unicorns in the process. Experts say this is just the beginning. 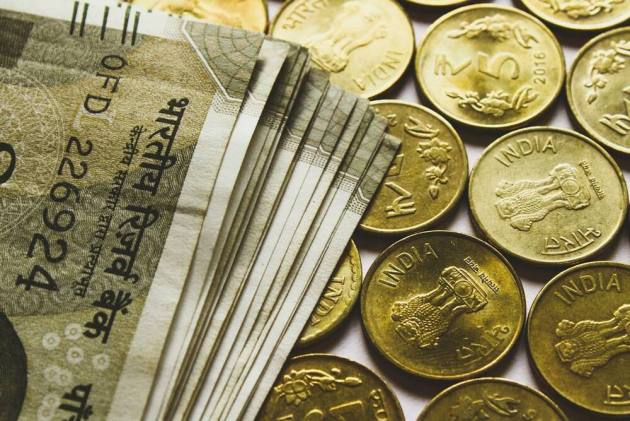 It was a defining moment for India when inMobi became India’s first Unicorn in 2011. A decade later, India is home to 79 Unicorns with a valuation of close to $260.5  billion, 42 of which were born in 2021 alone.

Undeniably, 2021 has emerged as the golden year for the Indian startup ecosystem with a slew of investments pouring in and successful IPO launches of Paytm – which went to be the country’s largest IPO ever with an issue size of 18,300 crores --  Zomato, Policy Bazaar, PharmEasy and Nykaa. But the question that everyone’s asking is why this fund rush this year? And, more importantly, is it sustainable? 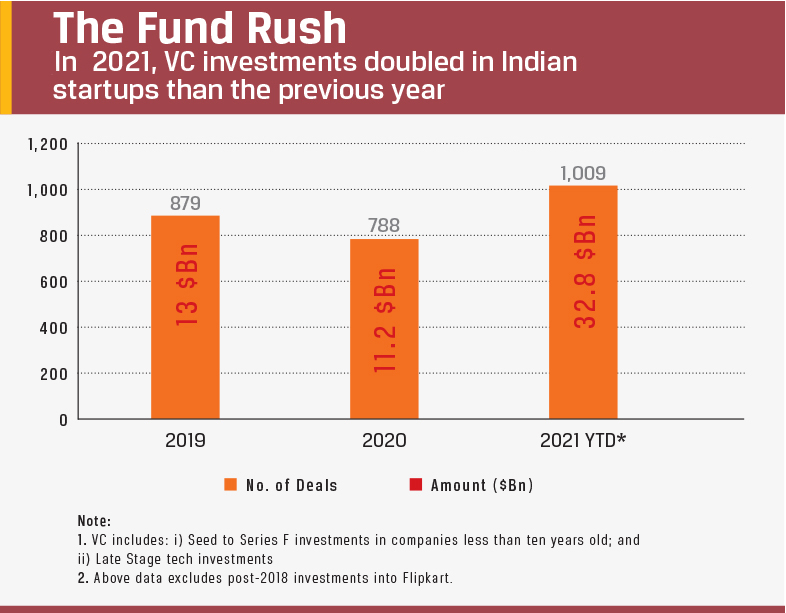 “It’s true that 2021 has seen unprecedented levels of funding. The large number of unicorns, and more importantly, a series of successful IPOs, has led to increased investor interest from around the world.” He also attributes India’s deep talent pool, rapid adoption of technology, and COVID generated tailwinds behind more and more Indian businesses making a mark on the global economy.

For the country’s 50,000 odd startups, the investment boom is a huge encouragement. While the reasons behind the boom are far too many, the $3 trillion booster dose by the US government to strengthen its economy saw some ripple effect in India along with Tiger Global and Sequoia Capital showing a renewed interest in Indian startups.

But the influx of funds isn’t the only result of quantitative easing; a rise in high-quality startups, increased technological efficiency, buoyant public markets and rising local investors have all contributed to the positive sentiment. And, that’s precisely why the boom is also sustainable, believes Sid Talwar, Co-Founder & Partner at Lightbox.

“There are all kinds of pools of capital coming in from around the world. And, it’s not just because of any kind of QE. There are a multitude of factors responsible for it – first, there is a lot of money that could have gone to China but didn’t, second, Indian technology stocks have now started going public and American funds have been using that entry point to understand India better, and third, our ability to get noticed globally has increased.” Lightbox, too, has made quite a few investments this year taking their total number of investments to 43. Their most recent investment was on November 16, 2021, when WayCool raised Rs 853 million. 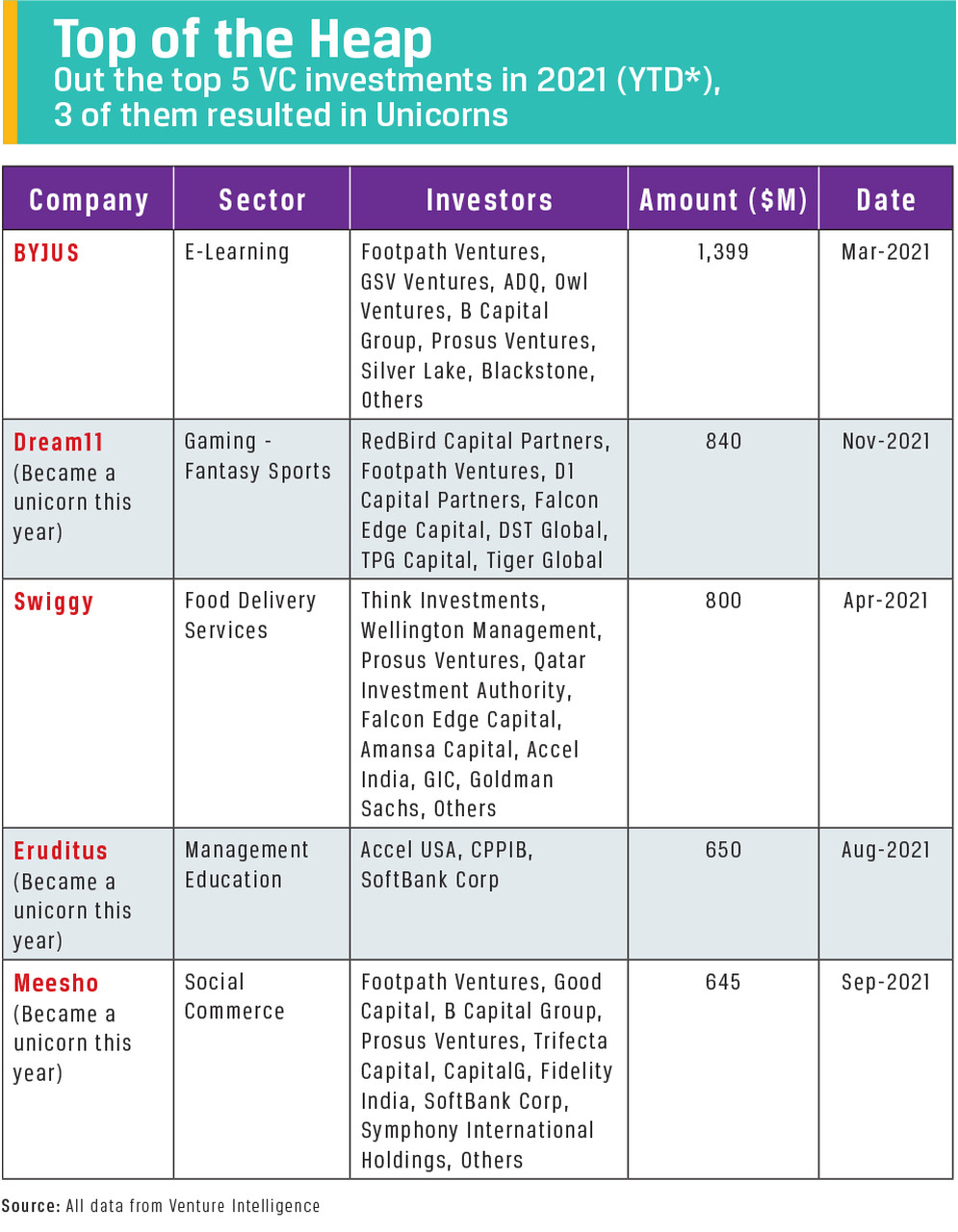 Mayank Kumar, Co-founder & MD, upGrad – one of the unicorns this year – says that the current growth momentum can be sustained only by staying the course and innovating with technology. “With startups turning into an asset class, inflow of investments and capital has increased significantly from global investors. However, the only way to sustain this growth is by staying the course and innovating offerings with technology at the heart of the business.

With the right tailwinds, and the inclination of Indian consumers to move to digital as a result of the pandemic, startups will continue to thrive.” But Sequoia India’s Anandan cautions: “Markets will continue to be cyclical, though we are currently at peaks we have not seen before. While it is hard to predict when we have the cycle turn, what we know for sure is that this level of momentum will not continue forever. That being said, given the fundamental strength of the ecosystem and trends across segments, fundraising will continue across stages -- even if it’s less intense compared to this year.”

Indications are already towards a positive year ahead – at least as far as startups are concerned.

According to a survey of 100+ startups by TurningIdea Ventures, over 42% of the startups are looking to go global in 2022 – upGrad is aggressively expanding its international operations across the US, EMEA, and APAC regions. While inMobi is planning for a US IPO in 2022, Ola, BYJU’s and Delhivery are looking at an NSE listing. Clearly, India’s startup space won’t cease to keep buzzing. 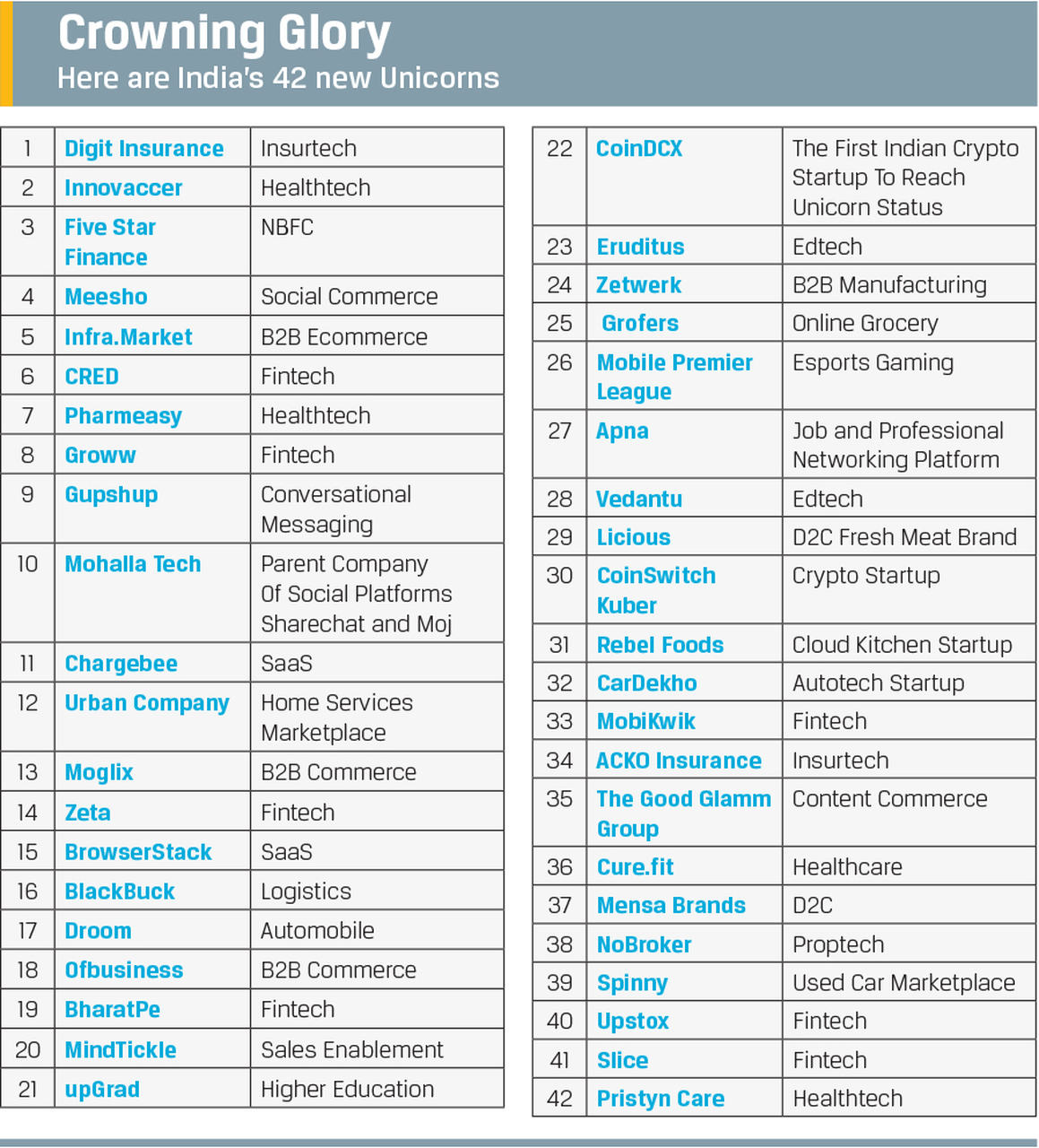 Apart from investors, startup founders are bullish as well. “I do not know mid-term but short-term and long-term, India will continue to attract a large number of funds flowing into the ecosystem of startups and digital & new age economy,” says a confident Sandeep Aggarwal, CEO and Founder of Droom, and an angel investor. While it took the likes of Droom and Nobroker close to seven years to join the billion-dollar club, Mensa Brands achieved the feat in six months, thereby becoming the country’s fastest unicorn.

Nobroker’s Akhil Gupta, too, has no doubts about India continuing to be an investor favourite in the coming years. “The next decade belongs to India because there is no better place to invest than India. We have a big market domestically that's growing in age and per capita income. Corona has shown that digital will be way forward and accelerated digital journey for many sectors which has attracted a lot of money which was due to come in next few years,” says the company’s Co-founder and Chief Technology Officer.