Amazon has been in the game of taking your television to the next level for many years now. This isn’t a regular Fire TV device nor is it the company’s first. Instead, this is the maxed-out version for 2021. 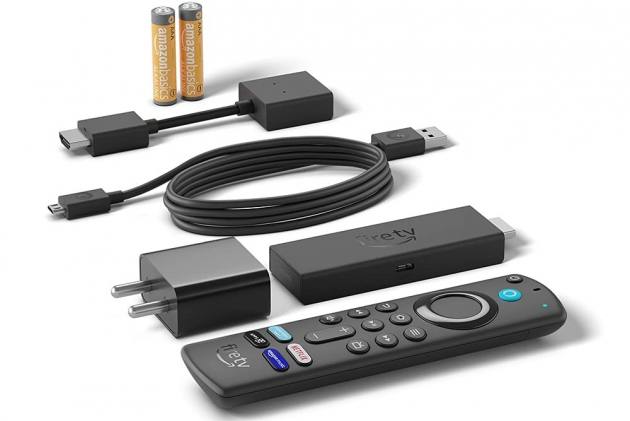 When it comes to streaming devices, one wishes that Roku had officially launched its products in the country. Roku offers some of the best streaming devices out there. Nonetheless, India is home to plenty of other options from Amazon, Google and other players. For many months and years, customers in India have preferred Amazon’s Fire TV Stick as it makes dumb TVs smart and provides mediocre/outdated TVs with some zing.

After using Amazon’s latest Fire TV Stick 4K Max for a week, I can safely say that it stands atop the streaming wars in 2021. As is evident by the name, Amazon has been in the game of taking your television to the next level for many years now. This isn’t a regular Fire TV device nor is it the company’s first. Instead, this is the maxed-out version for 2021.

Is the ‘Max’ worthy of an upgrade?

Let’s back up a bit here. What is a Fire TV stick, you may ask? The Amazon Fire TV Stick 4K Max is an Android operating system-based Amazon Fire OS streaming device. The ‘stick’, as people call it, plugs straight into the HDMI port of your TV and connects to the power source via the supplied plug and cable. Installation is breezy. You plug it in the stick, turn on the television, and connect it to the internet and your Amazon account via just a few easy prompts.

Voila. You’re now ready to enjoy the goodness of a smart TV interface and access to a plethora of apps - YouTube, Netflix, Disney+ Hotstar, Prime Video and many more - that may have otherwise been unavailable on your TV.

One downside with the installation is that even though it picks “restores” from your previous Fire TV stick, it doesn’t actually load a bunch of the apps that I previously had. Instead, I had to manually install apps like Disney+ Hotstar and Plex even though I had them on my previous device.

When unboxing the stick, you’ll realise that it looks exactly like its predecessor. The change in design comes in the form of a newer Alexa voice remote with quick access to your favourite apps.

The “max” in the product name means that everything is just that much better than its predecessor. Apps launch faster, navigation doesn’t have any noticeable lags and thanks to the new support for Wi-Fi 6, there is a much better wireless streaming experience (you’ll need that shiny new router though to take advantage of it though).

Amazon says that the new Fire TV Stick 4K Max is 40 per cent more powerful than the standard 4K version. Amazon is on point when it comes to this claim. Everything just feels that much smoother. The stick comes with wide HDR format support - Dolby Vision, HDR 10, HDR10+, HLG - and audio support - AAC-LC, AC3, eAC3 (Dolby Digital Plus), FLAC, MP3, PCM/Wave, Vorbis, and Dolby Atmos - that makes it a very good buy.

I was thoroughly impressed with the 4K Max’s hardware.

Let’s talk about the interface

It’s a known fact that Amazon’s interface is the centrepiece for what the stick provides. There’s quick access to the ‘recently watched’ tab that is good. The bad side is that Amazon pushes its own recommendations while sidelining other apps’ offerings.

You can preset six apps to appear on the main page but it takes more than a few clicks to see the full list. Having quicker access to that would have been something useful.

It’s a little too much in your face with the sponsored content and the recommendations merely from Amazon and Amazon only, but beyond that, the interface is quite nice looking.

I think the upgraded remote is the best part of the new Fire Stick 4K Max. The Alexa voice assistant gets a prominent blue button at the top that is much appreciated. Press and hold it and you’ll be able to issue voice commands. There are dedicated keys for Prime Video, Netflix, Amazon Music and Apps (which opens up the app library). I wish, one of the four was Hotstar, but alas, it’s Amazon first here.

With the remote, you also get to control the volume and turn the TV on and off, which again is very useful.

Verdict: The best 4K streaming device out there

Yes, despite the minor annoyances and the plethora of Amazon or sponsored content dominating the home screen, the Amazon Fire TV Stick 4K Max is the best streaming device out there. It’s priced at just Rs 6,499 (even cheaper during the various sales events Amazon has throughout the year).

If you stream a lot of content - from movies to live sports - then do yourself a favour and get the Fire TV Stick 4K Max today. You’ll be thanking yourself every day.