Overall, the four schemes are well-thought-out and deserve praise but converting good ideas to good policies requires a lot of regulatory and financing capacity 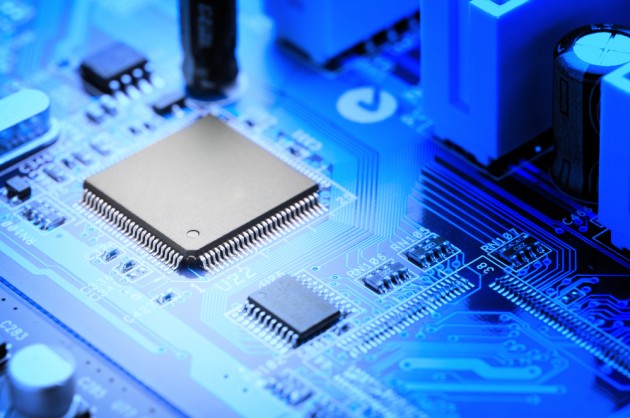 The carnage witnessed across industries over the shortage of chips has spotlighted the need to establish a robust semiconductor ecosystem in India. Several sectors, including electronics, auto and medical technology, have been severely hit by the scarcity of chips that are manufactured mainly in East Asia. Against this backdrop, the Union Cabinet recently approved a 'comprehensive programme for the development of a sustainable semiconductor and display ecosystem'. This programme emphasised that India intends to play a more prominent role in the hyper-globalised semiconductor supply chain.

Following up on that announcement, the Ministry of Electronics & Information Technology (MeitY) on December 21 notified four specific schemes to reduce India's dependency on imports and build an ecosystem for the production of semiconductors. On December 30, MeitY released the guidelines for these schemes.

The defining feature of the programme is to support all the major stages of semiconductor production: design; specialised fabs for compound semiconductors, silicon photonics and sensors; Assembly, Testing, Marking and Packaging (ATMP) units; display fabs; and semiconductor fabs.

The DLI scheme has three prongs to address this lacuna. One, a product design-linked incentive on expenditure related to design software, IP rights, development, testing and so on. Two, a deployment-linked incentive linked to net sales. And three, a common infrastructure that the Centre for Development of Advanced Computing (C-DAC) will create for Indian startups and MSMEs.

Since semiconductor design is the stage where India's strength lies, the DLI scheme is a welcome move. The focus on design infrastructure is also welcome as many small Indian companies face entry barriers in the form of high-cost design software licenses. With a pro-growth outlook, the scheme sets a target of nurturing 100 design companies and commits to growing at least 20 of them to have a turnover of Rs 1500 crore over five years.

While this scheme offers hope, there are three policy design concerns. One, the scheme does not talk about the design services firms in the country whereas most Indian engineers in the sector provide services to global semiconductor design firms. The government should have brought these design services companies under the design infrastructure support incentive. Two, the government will provide the product design-linked incentive to companies that have "demonstrated in an operational environment and are ready for volume production." This clause might lead to investments in safer companies rather than betting on early-stage startups with new IP design ideas. Third, administering an industrial policy for 100 firms requires the nodal agency, C-DAC, to substantially improve its regulatory capacity. Otherwise, delays, rent seeking and corruption will mar the scheme.

The second scheme provides incentives for specialised fabs used to manufacture high frequency, high power, optoelectronic devices. It will also cover ATMP units of conventional silicon semiconductor chips. Companies with relevant experience will have to commit to a minimum capital investment threshold of Rs 100 crore for specialised fabs over a capacity of 500 wafer starts per month with 150/200mm wafer size. For ATMP units, the investment threshold is Rs 50 crore. The government will provide financial support by reimbursing 30 per cent of capital expenditure to the selected firms.

In its design, the scheme is not overly complicated. It picks a few areas of strategic importance without too many qualifying criteria complicating the execution.

Whether the scheme will lead to the setting up of ATMP units in India might depend on factors outside the scheme. That is because most ATMP units are coupled with chip fabs for cost reasons. Wafers will need to be imported, packaged in India, and then re-exported.
Keeping such ATMP units cost-competitive will require lowering import barriers. Moreover, ATMP technology is changing fast. Given the limited improvements from node scaling, chip packaging is becoming a hot area of research to increase the density of chips.
Research collaboration in this area with other trusted partners such as the Quad and Taiwan will be critical to ensure long-term success.

The third scheme deals with the establishment of display fabs in the country. Display panels make up a significant part of the total Bill of Materials (BoM) of electronic products—over 25% in the case of smartphones and over 50% in the case of LCD/LED TVs. As per estimates, India's display panel market is estimated to be ~$7 billion and is expected to grow to ~$15 billion by 2025. Currently, the requirements are met through imports with China, South Korea and Japan dominating the market.

Under the scheme, the government will offer fiscal support of up to 50 per cent of the project cost to at most two companies willing to invest a minimum of Rs 10,000 crore in manufacturing AMOLED or TFT LCD screens in India. The newly proposed India Semiconductor Mission (ISM) — an independent body comprising industry experts — will be the nodal agency for this scheme.

Giventhat display assembly has already begun in India, manufacturers now have a greater incentive to do upstream production of panels as well. Moreover, having the ISM as a nodal agency instead of an existing government department or company is likely to inspire confidence in investors.

The issue with this scheme is that even with display fabs set up in India, the import dependency won't dissipate altogether as the input materials for panels are not made in India. The second issue is that there was never a shortage of display panels even with Covid-19 disrupting supply chains. Moreover, China is not the sole supplier of such display panels. Perhaps Rs 12,000 crore worth taxpayers’ money could be deployed for other more strategically important subjects.

The fourth scheme focuses on setting up semiconductor fabs in India. The scheme will provide financial support to companies investing a minimum of Rs 20,000 crore in a logic/memory/analog/mixed-signal fab with a capacity of 40,000 wafer starts per month. The government will cover 50 per cent of project cost for firms covering 28 or lower nanometers (size of transistors produced), 40 per cent for 28nm to 45nm and 30 per cent for 45nm to 65nm. Applications will be open for 45 days from January
1, 2022, and support will be extended to at least two companies over six years. Again, the ISM will be executing the scheme.

In the past, investors had highlighted that government support should be upfront and not as reimbursement as it takes three to four years for a fab to start commercial production. The government has cleared this concern by committing to upfront support on an equal footing basis this time. Another move in the right direction is that the scheme does not exclusively focus on the leading-edge nodes (28 nm and below) and instead presents an attractive opportunity for lower-cost speciality analog fabs at trailing nodes. Having the ISM as a nodal agency is also likely to inspire confidence in investors.

While the intent is clear, a couple of fabs with a capacity of 40,000 wafer starts per month won't meet the country's needs and imports will continue. To ensure resilience, India needs to work with trusted partners to build a diversified semiconductor manufacturing base in parallel. The government should use the recently announced Quad Semiconductor Supply Chain Initiative to complement the four schemes announced by the government.

Overall, the four schemes are well-thought-out and deserve praise. At the same time, converting good ideas to good policies requires a lot of regulatory and financing capacity. The game has just begun.

(The author is the deputy director of the Takshashila Institution)

This article was first published by Takshashila Institution