Ashok Leyland informed that Vipin Sondhi tendered his resignation to devote more time to take care of certain personal commitments. Sondhi was appointed the CEO back in December 2019 for a period of five years. 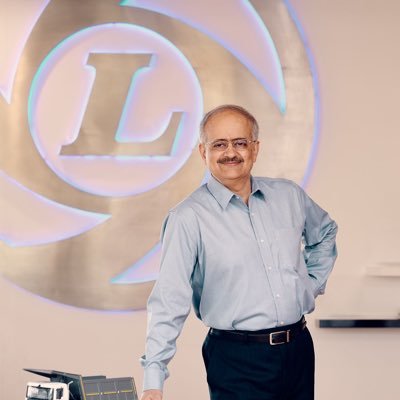 Utility vehicles maker Ashok Leyland's Managing Director and Chief Executive Officer Vipin Sondhi tendered his resignation on Friday to "devote more time to take care of certain personal and family commitments". He would step down from his position on December 31. Further, the company informed that Chairman Dheeraj Ahuja would be stepping in the position of Executive Chairman with immediate effect.

The company's press statement mentioned that the board would meet shortly to decide on the next appointment.

“I consider it an honour to have led this great organization. My decision is purely a personal one as I need to take care of my personal and family responsibilities, which have become a top priority. Working with the Hinduja Family and the leadership team at Ashok Leyland has been an enriching experience," the outgoing CEO was quoted as saying.

Sodhi was appointed the CEO and MD  of the utility vehicle manufacturer for a period of five years in December 2019. He succeeded Vinod Dasari who spearheaded the truck maker for about 14 years as its chief operating officer and subsequently the CEO. Sondhi's appointment came almost a year after Dasari's resignation.

The Hinduja-group owned company, in a separate development on Wednesday, had stated that it would be further its presence in the alternative fuel space. It added that it deployed a team entirely dedicated to meet its plans for alternate fuel technology that uses low carbon.