Traders had been feeling uneasy about how quickly the US Federal Reserve might elect to rein in some of the support measures it’s been giving the markets and economy. 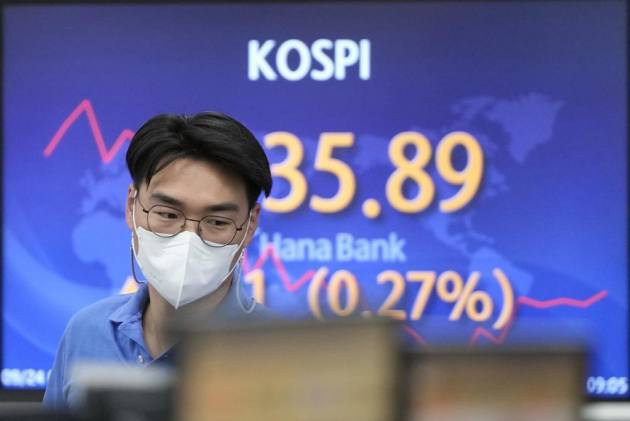 Asian shares were mixed Friday amid concerns over troubled Chinese real estate developer Evergrande and over the pandemic.

Japan’s benchmark jumped after reopening from Thursday’s national holiday, but shares were little changed in South Korea and China.

On Wall Street, stocks rose broadly for a second day in a row, reversing losses for the week. Investors were pleased to have gotten some clarity from the Federal Reserve a day earlier that it was not on the verge of raising interest rates.

Evergrande Group’s announcement that it was making a payment due Thursday has helped to ease worries over whether it might default on its huge debt obligations.

“So, it cannot be ruled out that optimism remains fragile or, at the very least opportunistic as underlying risks have simply not been addressed, much less put to bed,” he said. “And this is consistent with markets remaining prone to volatility and negative shocks.”

On Wall Street, stocks rose for the second straight day, reversing the sharp pullback at the start of the week. The S&P 500 rose 1.2% to 4,448.98. More than 85% of companies in the benchmark index notched gains.

The rally put the major indexes on pace for weekly gains just four days after a broad sell-off on Monday handed the S&P 500 its biggest skid since May and knocked the Dow more than 600 points lower.

The market’s sharp swings reflect how quickly investor sentiment can change. With the market hovering near all-time highs, traders tend to see waves of selling as buying opportunities.

Traders had been feeling uneasy about how quickly the U.S. Federal Reserve might elect to rein in some of the support measures it’s been giving the markets and economy. Those worries were allayed by Wednesday, when the Federal Reserve signaled it wouldn’t begin considering such a tapering of support before at least November, and indicated it may start raising its benchmark interest rate sometime next year.

“The last few days have just been this recognition that all the things that were being talked about, the market has shrugged them off,” said Michael Antonelli, managing director and market strategist at Baird, noting that the S&P 500 is only about 1.5% below its all-time high set earlier this month.

“The market was just ripe for a sell-off,” on Monday, Antonelli said. “We still have not had a 5% pullback from the highs yet this year.”

The Fed said it will likely begin slowing the pace of monthly bond purchases made throughout the pandemic to help keep borrowing costs low “soon” if the economy keeps improving.

“The reality is that the Fed is going to err on side of not tightening anything on inflation until they absolutely have to,” said Brent Schutte, chief investment strategist, Northwestern Mutual Wealth Management Company.

Still, markets have had a rough September and investors could be in for more choppiness, Schutte said.

“People got so used to a one-way market,” he said. “It’s going to be more of two-way market and investors need to get used that, but I still think the trend is higher.”

Brent crude, the international standard, lost 24 cents to $77.01 a barrel.