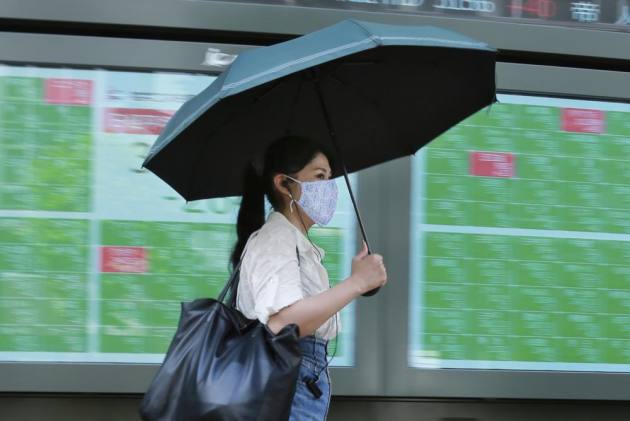 Asian stock markets followed Wall Street down on Wednesday after U.S. inflation was lower than expected amid unease about the impact of the spread of the coronavirus’s delta variant.

Hong Kong-traded shares in casino operators based in Macau, a gambling enclave and former Portuguese colony in southern China, plunged on reports of a possible crackdown on the industry.

Authorities plan a review of the industry before casino licenses are due to be renewed next year, the reports said.

More broadly, investor optimism about the rollout of coronavirus vaccines and central bank support for global economies is competing with anxiety about the impact of the delta variant and anti-disease measures on consumers and businesses.

"Initial optimism from a lower-than-expected print on the U.S. CPI was quickly overridden by global growth concerns,” Yeap Jun Rong of IG  said in a report.

The benchmark’s 11 sectors all ended in the red. Banks, energy stocks and industrial and communication companies were among the biggest drags on the index.

Investors worry higher inflation might make the Federal Reserve and other central banks feel pressure to wind down easy credit and other stimulus that is helping to push up stock prices. The Fed has said it believes a spike in U.S. consumer inflation was temporary and interest rates will be kept low until a recovery is established.

In energy markets, benchmark U.S. crude rose 51 cents to $70.97 per barrel in electronic trading on the New York Mercantile Exchange. The contracted added 1 cent on Tuesday to $70.46. Brent crude, the price basis for international oils, advanced 50 cents to $74.10 per barrel in London. It gained 9 cents the previous day to $73.60 a barrel.

(This news analysis has been sourced entirely from the news agency, Associated Press)