At 0.5 %, Industrial Growth Falls To 17-Month Low In November

In terms of industries, only 10 out of 23 industry groups in the manufacturing sector showed positive growth during November 2018. 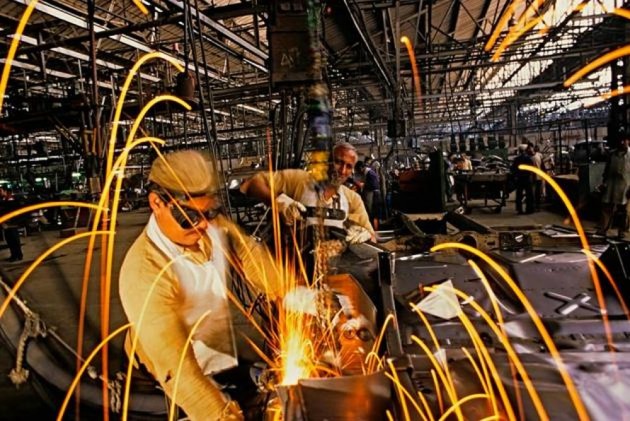 Contraction in the manufacturing sector, particularly consumer and capital goods, has led to a drop in the Industrial output growth which has fallen to a 17-month low of 0.5 per cent in November.

Factory output as measured in terms of the Index of Industrial Production (IIP) had grown by 8.5 per cent in November 2017, as per data released by the Central Statistics Office (CSO) Friday.

The previous low was in June 2017, when IIP growth contracted by 0.3 per cent.

During the April-November period, industrial output grew 5 per cent as compared to 3.2 per cent in the same period of the previous fiscal.

The manufacturing sector, which constitutes 77.63 per cent of the index, recorded a contraction of 0.4 per cent in November as against a growth of 10.4 per cent a year ago.

The mining sector posted 2.7 per cent growth during the month as against 1.4 per cent in November 2017.

Power sector output also grew by 5.1 per cent from 3.9 per cent a year ago.

In terms of industries, 10 out of 23 industry groups in the manufacturing sector showed positive growth during November 2018.