The Audi RS 5 is coming to India as a Sportback, for the very first time. 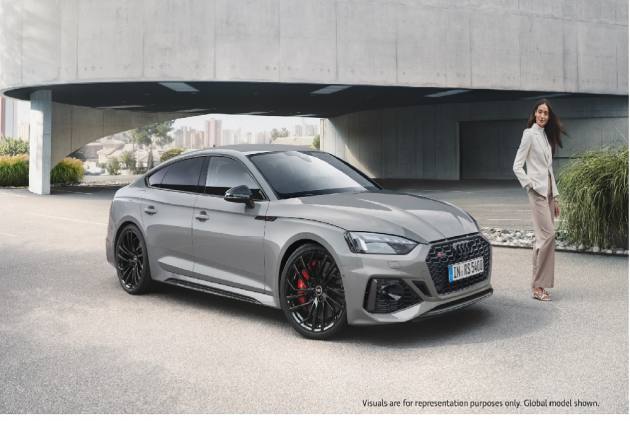 The RS 5 Sportback which is powered by a 2.9 litre V6 twin-turbo petrol engine that produces 450 hp of power and is being imported to India as completely-built units, Audi India said in a statement.

Commenting on the launch, Audi India Head Balbir Singh Dhillon said, "the Audi RS 5 is coming to India as a Sportback, for the very first time and will be the perfect choice for customers who want the Audi RS DNA in addition to everyday practicality."

The sporty spearhead of the product line, the RS 5 Sportback is capable of accelerating from 0 to 100 km/h in 3.9 seconds and hits a top speed of 250 km/hr, the company added.

Dhillon said Audi has witnessed good traction for all its 'sports models', across India.

"With the advent of the Audi RS 5 Sportback, we look forward to fueling the appetite for performance cars," he said, adding this is the company's fifth launch of the year and more would follow.

The RS 5 Sportback has safety features including 6 airbags that include side airbags in front along with the curtain airbag system.

On the other hand, it has luxury features such as three-zone air conditioning, panoramic glass sunroof, front sports seats plus with massage function and drive side memory, the company said.