Bank Strike: Know All The Key Details, Reason And Its Impact

The two-day strike on December 16 and 17 has been called by the United Forum of Bank Unions (UFBU), an umbrella body of nine unions, including the All India Bank Officers' Confederation (AIBOC). 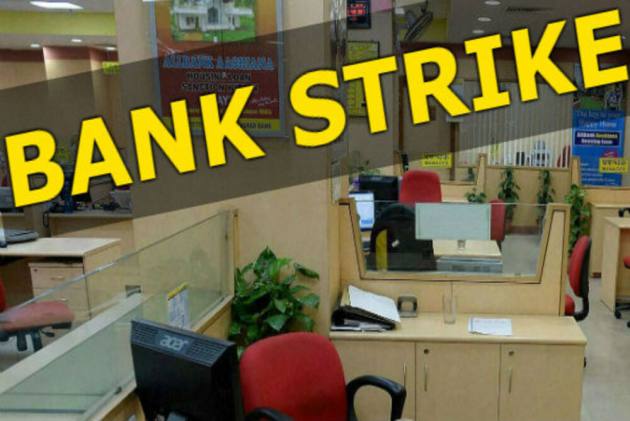 The employees of state-run banks will go on a two-day strike starting Thursday to protest against the government's plan to privatise public sector banks, their union announced on Wednesday.

There are nine lakh employees in public sector banks and all of them are expected to take part in the nationwide strike, reported Hindustan Times.

The strike is against the government's decision to privatise public sector banks which have been playing a vital role in nation building, (AIBEA) general secretary C H Venkatachalam told PTI.

AIBOC General Secretary Soumya Dutta said that about 7 lakh employees across the country are participating in the two-day strike.

It is unfortunate that the working in over 1 lakh branches of the banks and regional rural banks has been impacted due to the strike due to the government's attitude, Dutta said.

The two-day strike on December 16 and 17 has been called by the United Forum of Bank Unions (UFBU), an umbrella body of nine unions, including the All India Bank Officers' Confederation (AIBOC), All India Bank Employees Association (AIBEA) and National Organisation of Bank Workers (NOBW).

Why Bank Unions are protesting?

The government has already privatised IDBI Bank by selling its majority stake in the lender to LIC in 2019, and has merged 14 public sector banks in the last four years.

The protesting employees want an assurance from the government that the Bank Privatisation Bill (Banking Laws Amendment Bill, 2021) will not be tabled during winter session of the Parliament.

The Bill proposes to "effect amendments in Banking Companies (Acquisition and Transfer of Undertakings) Acts, 1970 and 1980 and incidental amendments to Banking Regulation Act, 1949 in the context of Union Budget announcement 2021 regarding privatisation of two public sector banks", according to the list of legislative business for the winter session of Parliament. They believe that privatisation of PSBs will lead to the closure of bank branches in rural and backward regions.

Most public sector banks will remain closed today and tomorrow. Since the following two days are weekends, these PSBs will remain shut for transactions for four days in a row. Most of the banks, including the State Bank of India (SBI), have already cautioned their customers about the strike's possible impact on banking operations like cheque clearance and fund transfer, according to a report published in The Economic Times.

Banking services in the Maharashtra state have been hit as close to 60,000 bank employees from various public sector banks are on a two-day nationwide strike beginning Thursday.

In the Union Budget presented in February, Finance Minister Nirmala Sitharaman had announced the privatisation of two public sector banks (PSBs) as part of its disinvestment plan.

To facilitate privatisation, the government has listed the Banking Laws (Amendment) Bill, 2021, for introduction and passage during the current session of Parliament.

The government has already privatised IDBI Bank by selling its majority stake in the lender to LIC in 2019 and merged 14 public sector banks in the past four years.