Bitcoin at $42,000 levels; Indications That Airbnb May Take Crypto Payments

The world’s oldest crypto currency, Bitcoin (BTC) is down by 1 per cent at $42,822.80, according to Coinmarketcap data. 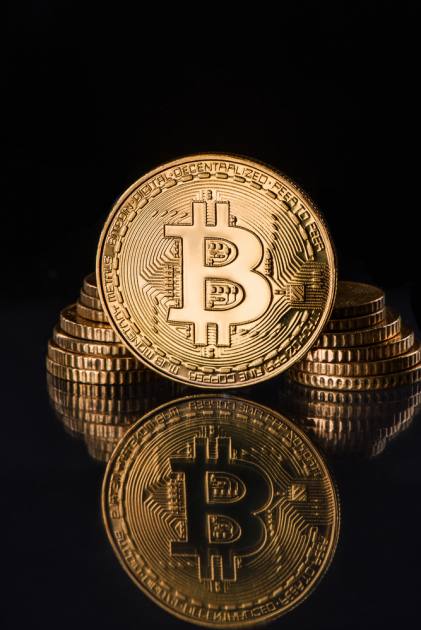 Without any major global cues apart from the US Federal Bank announcement about interest rates later in the month, the global crypto market continued its bearish trend. The global crypto market cap at 8.34 am stood at $2.04 trillion with a loss of 1.34 per cent, showed Coinmarketcap data. Trading volume too was down by 12.86 per cent at $102.52 billion, which might indicate that the bulls are taking a breather and are in no hurry to buy in the dip.

Meanwhile, Airbnb’s CEO, Brian Chesky, hinted in a reply to a tweet that they might start accepting crypto payments in the future.

Also, golfer Matt Wallace hinted some sort of collaboration between Elon Musk’s satellite internet company Starlink and the Dogecoin Foundation in a tweet. However, the details are not very clear yet. 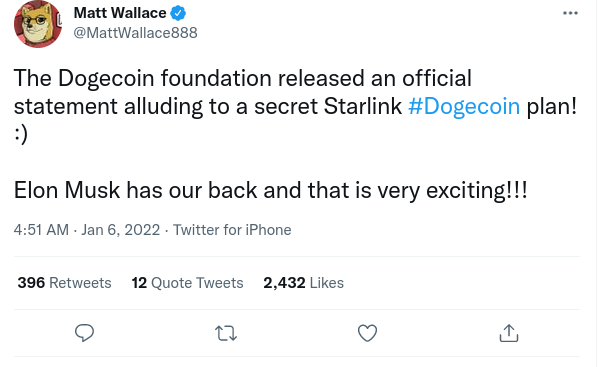 “Bitcoin has declined further, trading at $42,936.58 currently. However, the market leaders and altcoins are stabilizing after Wednesday's sell-off, which resulted in liquidations of $800 million, accelerating price fluctuations,” says Gaurav Dahake, CEO, Bitbns. 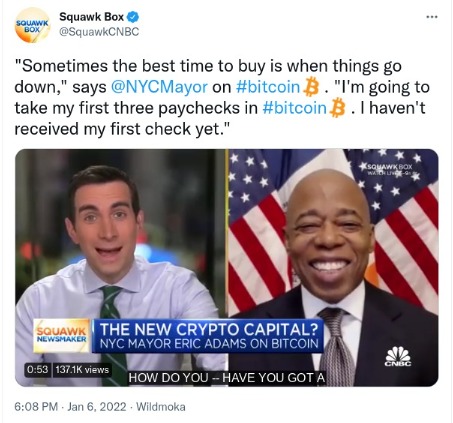 New York’s Mayor, Eric Adams, in a recent interview with CNBC said that he is going to take his first three months’ salary in Bitcoin instead of US Dollars. He was quoted as saying, “Sometimes the best time to buy is when things go down…”

Meanwhile, the Swiss subsidiary of Jordan-based Arab Bank recently started offering its wealthy clients the opportunity to safely buy the top 10 DeFi crypto tokens like Aave, Uni and Yearn.finance. This is not the first time the Swiss Arab Bank has tried its hand in crypto. Back in 2019, they started offering their clients Bitcoin custody and brokerage services, reported Coindesk. Incidentally, Aave also launched its institution-focused DeFi platform called Aave Arc. The DeFi sector is thought to be the next big thing in crypto and people fear if they do not jump into it now, they might miss the bus, a likely case of classic FOMO (fear of missing out).