Days after Mt Gox got the final approval from their trustee for their repayment plan, Bitcoin fell to a one-month low on Friday. Mt Gox was one of the world’s biggest cryptocurrency platform back in 2014. 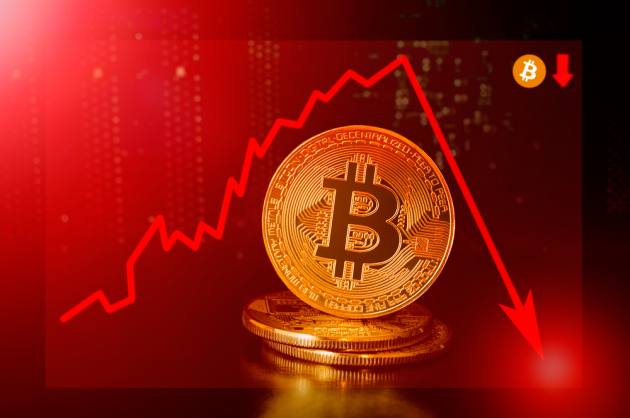 Bitcoin fell to a one-month low on Friday – headed for its worst week in the last six months. Traders booked their profits on the expectation that credits of the collapsed crypto exchange Mt Gox might liquidate their payments. It fell as much as 1.6 per cent to $55,980 by mid-session in Asia, its lowest since mid-October and 20 per cent below last week’s record high.

This week, Bitcoin fell as much as 14 per cent and through its 50-day moving average, reported Reuters.

"Selling pressure has been quite constant," said Matthew Dibb, chief operating officer at Singapore-based crypto asset manager Stack Funds. He suggests that the trend could continue until the token finds support at around $53,000.

Dibb added that there was profit taking and concern about more selling in the wake of a Tokyo court signing off on plans to repay creditors of Mt Gox, a crypto exchange which collapsed in 2014 after losing half a billion dollars in Bitcoin.

"Those affected will receive a large sum of Bitcoin, likely happening in Q1 or Q2 of 2022. This has brought some fear into the market on a longer term horizon," he said, on the expectation that those creditors are now, the likely sellers.

Ether, the second largest cryptocurrency by market value, was steady near a three-week low at $4,014 on Friday but set for a 14 per cent weekly loss.

Both Ether and Bitcoin also seem to have suffered. The mood in global markets has been cautious over recent days amid concerns about economic growth, interest rates and inflation.

Mt. Gox is a Tokyo-based crypto exchange, founded in 2010, and currently the world’s biggest cryptocurrency platform in 2014. Back then it was handling more than 70 percent of all Bitcoin transactions across the globe, until it was hacked. More than 850 thousand BTC were stolen by hackers, of which around 750 thousand or 80 per cent of Bitcoins belonged to customers. It was eventually closed in 2014, although some of the holdings were found later. Any payout is expected to be a fraction of the original amounts held by creditors, after taking in account the lost coins.

Recently, Mt. Gox Bitcoin Repayment Plan got the final approval from its trustee. Creditors of the defunct exchange are likely to receive reimbursements under a plan that recently became final and binding. This would bring one of the longest-running sagas in the cryptocurrency world nearer to an end.

Markets, however, seem not very keen on welcoming this major surge of Bitcoin.

(With inputs from Reuters)