BJP Is The Only Party That Can Take Care Of Punjab's Security: Captain Amarinder Singh

Former Punjab CM Captain Amarinder Singh also claimed his party’s alliance with the BJP and Shiromani Akali Dal-Sanyukt for the next year’s Assembly polls is in the national and state's interest. 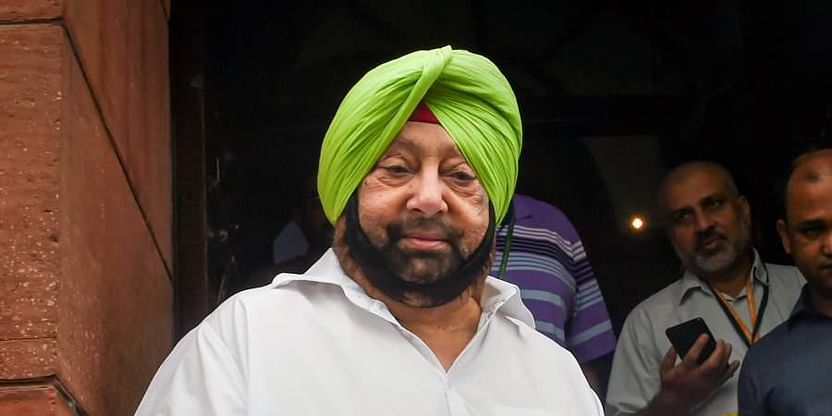 Former Punjab CM Amarinder Singh on Tuesday said the BJP is the only party that can take care of the state’s security and economic challenges and he slammed the Congress and AAP of making poll promises which can’t be fulfilled.

Amarinder Singh also claimed his party’s alliance with the BJP and Shiromani Akali Dal-Sanyukt for the next year’s Assembly polls is in the national and state's interest.

The former chief minister had formed his own party, Punjab Lok Congress, after quitting the ruling Congress in the state following his unceremonious exit as the CM last year.

"I found the BJP as the only party that can take care of both things,” he said as he welcomed Prime Minister Narendra Modi’s visit to Punjab’s Ferozepur on Wednesday.

He said having known Prime Minister Modi for a long time, he had seen him concerned about Punjab and the Punjabis.

Later addressing a press conference, the former CM lashed out at Delhi Chief Minister Arvind Kejriwal and Punjab Congress president Navjot Singh Sidhu for taking people of the state “for a ride” by making promises which they knew cannot be fulfilled.

Referring to Sidhu's poll promises he made to women and girl students, Singh wondered whether he realised their financial implications.

"The cumulative debt of Punjab is already about Rs 5 lakh crore and I do not know from where Sidhu and Kejriwal will get the money to support these schemes," he said, adding that Sidhu a month ago had opposed freebies announced by Chief Minister Charanjit Singh Channi and Arvind Kejriwal.

Sidhu does not have a permanent stand on anything, he added.

On the distribution of tickets for the polls, he said winnability will be the sole criterion for choosing candidates and the process has already begun as the three parties have started negotiations.

On the chief ministerial face, he said it will be a collective decision of the alliance partners.

He further said a few weeks ago he had written to the prime minister, seeking a special package of Rs 1 lakh crore package for Punjab for agriculture diversification, which could be given over a period of five years, Rs 20,000 crores every year.

He said this can be specifically used for encouraging and promoting cultivation of pulses as India imported pulses worth Rs 1.5 lakh crore every year.

"If we grow pulses here, we can save enormous foreign exchange besides saving water table that is fast depleting due to the widespread cultivation of paddy,” he added.

Replying to a question that Channi had been accusing him of non-performance, he said the CM as well as Congress leaders are seeking votes showing the Congress government’s performance of five years, of which four and a half years he was at the helm.

"You ask them, if I did not perform, why are they seeking votes for the past five years and not their own three months alone," he asked.