Buying a branded shirt at a 60 per cent discount from a sale? There is a high probability that it is counterfeit 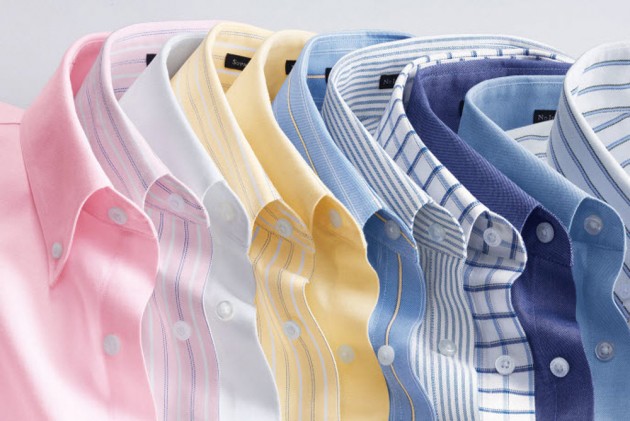 A recent raid conducted by the authorised representatives of top apparel brands alleged that a prominent group Bombay Export House Private Limited (BEHPL), which holds sale of apparels in big hotels and banquet halls across the country, offered counterfeit shirts of Louise Philip, Van Hussain, Allen Solly and Peter England at upto 70 per cent discount to customers. However, the company has denied the allegations.

The company was in the business of holding a sale of apparels for several years and till now it has held hundreds of sales at various locations in Maharashtra, Delhi, Bihar, Uttar Pradesh and Gujarat among other states.

The FIR lodged in Ahmedabad against BEHPL on the complaint of the authorised representative of the apparel brands, SM Hussain IPR Protection Agency, alleged that a large number of shirts with tags of top brands were locally manufactured and were counterfeit.

“Bombay Export House’s modus operandi was very simple. They used to give advertisements in the local newspaper about their sale in which they offered a discount of over 60 per cent to 70 per cent on the MRPs of shirts,” Syed Mashkur Hussain, Director of SM Hussain IPR Protection Agency, told Outlook.

For instance, a shirt with an actual cost of Rs 1599 was sold at Rs 499 which attracted a large number of buyers.

“The company was under our surveillance for past some time. We had lifted some samples from its previous sale in a hotel in Vadodara whose lab report showed that the shirts were counterfeit,” he further said.

Further investigation is being conducted to ascertain the whereabouts of the main supplier and the manufacturing unit, he added.

However, Javerillal Jain, one of the directors of BEHPL rejected all allegations while admitting that an FIR was lodged against his company. “I didn’t sell counterfeit shirts,” he told Outlook.

According to the website of the Ministry of Corporate Affairs, BEHPL was incorporated on June 29, 2005, and is in the business of wholesale of household goods.

Hussain also alleged that he found a lot of other counterfeit brands in the sale but “since we are not authorised by those companies to protect their brands, we didn’t collect the samples.”

Also Read | How Weird Is That? Even Labs Can't Tell If Your Ghee Is Pure

Under trademark protection law, only a company or its authorised representatives can complain to the police about counterfeiting of its brands. The police don’t entertain a complaint by a consumer or any third party.